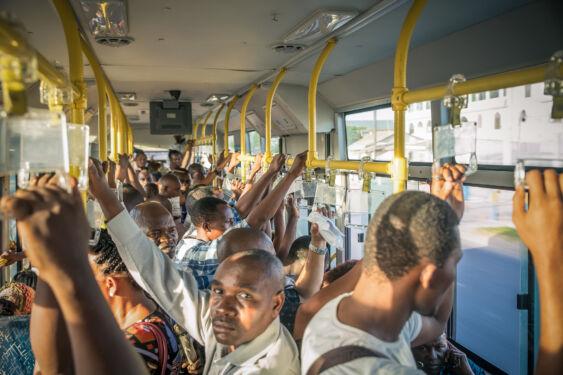 Opening up Africa will create opportunities but this has to be driven by the free movement of people. [Photo/Migration Policy Institute]

There are 42 currencies in Africa which makes it difficult to easily transact between countries due to conversion needs which create a lot of inconveniences.

This challenge may however be a thing of the past if plans to have a uniform payment and settlement platform sail through under the African Continental Free Trade Area (AfCFTA). The secretariat has announced seeking ways to ease the burden of doing business using 42 currencies on the continent which is a major boost to trade under the trade agreement.

The AfCFTA secretariat is working with the African Export-Import Bank (Afreximbank) to develop a pan-African payment and settlement platform which will help overcome the challenge posed by the multiplicity of currencies on the continent.

AfCFTA Secretary-General Wamkele Mene notes that a uniform payments platform will eliminate the costly process of converting currencies which contributes to the inefficient trade patterns on the continent.

In addition to this good news, the Covid-19 pandemic was a silver lining for Africa’s integration since the continent has to create its own solutions to its problems. As such, Africa needs not only to harmonise its financial systems but also step up productive and infrastructural integration.

The African Regional Integration Index (ARII) which provides up-to-date data on the status of regional integration in Africa and assesses the level of integration for every regional economic community and its member countries shows that Africa needs to do more to integrate its systems into the different sectors of the economy.

ARII is a joint publication of the Economic Commission for Africa, the African Development Bank and the African Union Commission and the latest publication shows that overall scores for countries in Southern and Eastern Africa show huge room for improvements, especially in regard to integration within the continent.

The Index indicates that overall, the level of integration on the continent is low, with an average score of 0.327. It notes that Africa is poorly integrated on the productive and infrastructural dimensions, which are key aspects forming the foundations upon which the other dimensions of regional integration depend to function.

In reality, Africa will only grow economically if there is a free flow of goods and services across the borders, allowing free movement of people, and scaling up regional value chains. Bringing down tariff and non-tariff barriers, encouraging cross-border trade and opening the African skies are also a matter of urgency to help open Africa to itself.

Opening up Africa will create opportunities but this has to be driven by the free movement of people without the hindrances that have plagued people travelling across countries.

The United Nations Conference on Trade and Development (UNCTAD) notes that growth and development in Africa are pegged on boosting internal migration which will maximise the economic and development impact of migration on the world’s second-most populous continent.

Migrants make a very clear contribution to the economy of the country they move into and on the continent, the largest movement of African migrants is within Africa. This movement of people brings with it increased labour productivity, economic growth and taxes. In addition, migrants also contribute to their home countries through remittances and other trade connections.

A report by the International Organization for Migration (IOM) and the African Union Commission (AUC) shows that African migration takes place mainly by land and not by the sea with most African migrants’ destinations being to each other’s countries and not to Europe or North America as is popularly though.

Statistics show that on a small percentage of Africans at 2.5 per cent which I an estimated 36m people, live abroad, in comparison to the global average of about 3.4 per cent. Noteworthy is that less than half of these migrants leave the continent meaning that the continent has and continues to be a safe haven for its own.

Migration contributes to socio-economic development in both countries of origin and destination. As migration is closely intertwined with trade, the economic and trade channels through which it is transmitted are particularly important.

The IOM report notes that on the one hand, migration acts as a substitute for trade, either through the transfer of labour across borders directly in the form of migration or through the trade of labour-intensive goods. Trade liberalization is thus viewed as decreasing the need for migration by stimulating trade and favouring a convergence in factor prices that reduces incentives to migrate.

On the other hand, migration is viewed as having a strong pro-trade effect with migration and trade complementing each other, and trade increasing along with higher factor mobility. In addition, pro-trade effects are channelled through factors that include the dissemination of the preferences of migrants for goods from origin countries, the removal of informational barriers between origin and destination countries and improvements in the facilitation of contract enforcement in weak institutional environments.

In general, when countries trade more there are improvements in productivity and living standards.

The pandemic has given a new perspective to the relationship the rest of the world ha with Africa and the reality is that the continent of 1.3 billion is continually receiving the short end of the stick.

Since the onset of Covid-19, the downside of Africa’s over-reliance on global supply chains became evident. The fact that Africa’s capacity to produce personal protective equipment (PPE) and the germ-killing products needed to fight the pandemic was limited, the disruption left the continent at the mercy of donors.

Africa’s capacity is undermined by the shallow industrial development which hampers productivity and independence.

Mene says that this limitation shows that Africa has to accelerate its industrial development to ensure that it becomes more self-sufficient without disconnecting from the rest of the world, the global economy and the global value chains.

The AfCFTA is a unique opportunity to establish regional value chains with a lasting impact on national economies through the creation of jobs which will help push back the frontiers of poverty.

Internal migration could fuel Africa’s growth and development and thus, countries should embrace it to achieve their economic prospects. Migration in Africa plays a growing development role and it is projected to boost Africa’s GDP per capita from US$2,008 in 2016 to US$3,249 in 2030. This is an annual growth rate of 3.5 per cent from 2016. 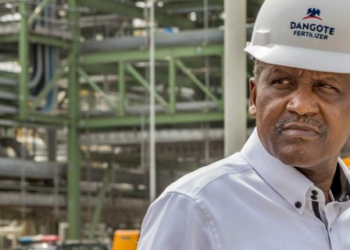