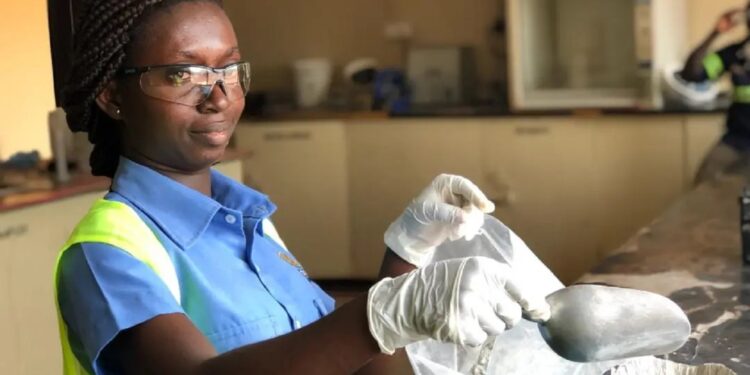 The company is living out its purpose of creating value beyond mining.

One of the things investors need to know about Gold Fields Limited is that it is one of those institutions that represent Cecil John Rhodes’ legacy.
The company was founded by the imperialist businessman 135 years ago in South Africa in the middle of the gold rush that built the country as we know it.

No political or racial inferences should be made, however, as it is a standalone business that has no relationship today with the late businessman. The company was formed in London during Queen Victoria’s golden jubilee and set up its first office in Doornfontein, Johannesburg.

The company has seen it all from being rated the most valuable company in the world in 1898 after an initial investment of GBP 250,000.00 by Rhodes and Rudd, to world wars, economic booms, busts, and depressions, social and political upheavals to the independence of African countries where it has a presence.

Today the company describes itself as “a globally diversified gold producer with nine operating mines in Australia, Peru, South Africa, and West Africa (including the Asanko JV), as well as one project in Chile.”

If investors like companies with history, they do not get better than Gold Fields.

The company has been a beneficiary of the recent commodities boom coming out of the Covid pandemic. Shares of mining companies have generally been on a strong rally over the last few years and this company is no exception to the trend.

The company has managed to make a strong comeback from when it faced an existential threat when prices of commodities slowed down in 2014. Prior to that period, mining company shares were hot because of China’s urbanization. It drove prices of commodities through the roof taking the shares of resource companies with them.

When China’s economic growth slowed down the miners also felt the pinch. The pinch was felt especially at Gold Fields which had to restructure its business and retrench at least 1,300 workers mainly from Ghana to ensure the long term sustainability of the company. The restructuring produced desirable results characterized by net cash inflow of US$ 235 million. In that same year, its Australian operations produced 1 million ounces of gold.

The company’s operations are massive and span 3 continents.

It runs 2 mines in south America namely the Cerro Corona mine and the Salares Norte project in Peru. In Australia, it operates 4 mines: Agnew, Saint Ives, Gruyere and Granny Smith. In South Africa, the company operates a single mine South Deep.

Interestingly in 2013 the company bundled together its other South African mines which it had previously operated and floated them on the JSE in a company now known as Sibanye Stillwater Limited which is now a diversified precious metals producer.

Read: Investing in distressed securities: The case of Sibanye Stillwater

Back then the company was known as Sibanye Gold Limited. In Ghana, the company operates 3 mines namely Asanko, Damang, and Tarkwa. Gold Fields Limited is geographically diverse.

It is also interesting to note that the company has in its expansion has concentrated its investments away from South Africa which over the years has performed poorly through its weak macroeconomic fundamentals. The company has a total attributable annual gold-equivalent production of 2.2Moz, attributable gold equivalent Mineral Reserves of 52.1Moz and Mineral Resources of 116.0Moz according to its website.

Generally, the country has had a poor showing in terms of investment over the years if the ratings downgrade it received are anything to go by. To be fair the country is starting to get its act together and the ratings have improved.

The ZAR 159 billion (US$ 10.67 billion) company that is listed on the JSE and NYSE presented its financial results today on the 17th of February in 2022. A SENS announcement of the company’s unaudited financial results for the year ended 31 December 2021 showed a profit attributable to shareholders of US$ 789 million up from US$ 723 million in 2020. The company also through the stock exchange news service (SENS) also announced a dividend of 260 cents a share to its shareholders which will be payable in March.

Gold Fields Limited is the fourth largest precious metal producer on the JSE and ironically Sibanye Stillwater its spin-off now boasts a larger market capitalization than its former parent. It weighs in at ZAR 169 billion (US$ 11.34 billion).

The presentation was led by company chief executive Chris Griffith and chief finance officer Paul Schmidt. Gold Fields reported a 6% increase in profits to US$ 929 million among a set of numbers that can be described generally as good. Gold production was up 5% year on year. The bulk of capital expenditure during 2021 was channelled towards the company’s Salares Norte in Chile.

The 2 executives mentioned that the company had met all the previous year’s guidance. The group ended in a cash position of US$ 913 million over half of that was cash was contributed by the operations in Australia. Covid continued to have an adverse effect during 2021 resulting in production losses and additional operating costs of US$ 29 million at its South Deep and Cerro Corona operations.

Ghana is said to be the company’s second-largest contributor of cash flow and South Africa had a low contribution of 12%. The company committed US$ 100 million throughout 2021 to deleverage its balance sheet. It now has a manageable US$ 969 million of debt on its balance sheet.

Notably, for 3 years in a row, the company has produced increasing free cash flow. It closed in 2021 with US$ 463 million in free cash flow. Costs, however, did increase by 20% which was attributed to the ongoing development of the Salares Norte project in Chile. Shareholders were treated in 2021 to a dividend of US$ 369 million.

The update by the executives went beyond the financials to ESG issues which are becoming increasingly topical. The company did not do badly on that front as well. Griffith reported that the company was well on course to using renewable energy to power its operations in all the jurisdictions it has a presence in.

It will be commissioning solar plants at its mines throughout 2022. Safety as with most mining companies is cause for concern and the company in 2021 reduced injuries by 10% and recorded only one fatality during the year.

Asked what the outlook for the gold price is, the chief executive indicated that he did not expect the price of gold to soften and that Gold Fields is a low-cost producer that can hold its own in a low gold price environment. He does not foresee the gold price retreating from its current levels. In terms of expansion, Griffith said that the company would only explore green fields projects in the territories it already has a presence and reiterated that he would only do so cautiously.

The company reaffirmed its commitment to keeping the South Deep asset and will not be disposing of it. There have been calls in the past for the company to offload it. Going into 2022 the company will be increasing its capital expenditure from US$ 1.05 billion which it spent in 2021 to US$ 1.15 billion this year.

Was the market unsurprised?