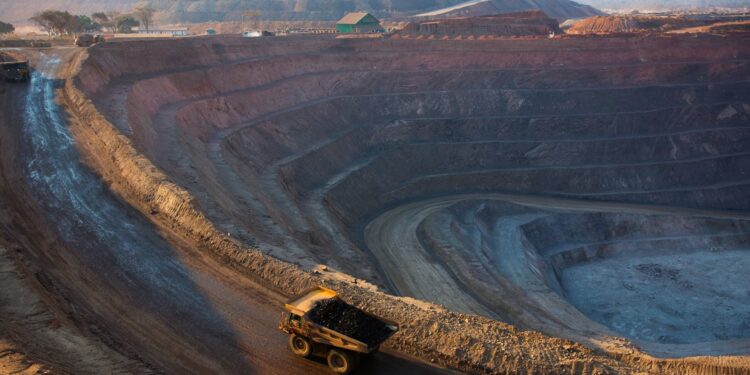 A mining pit owned by Glencore PLC. Shareholders are smiling all the way to the bank. [Photo/Fortune]

by Laurence Sithole
in Africa, Business, Investing
0
Share on FacebookShare on LinkedIn

Glencore’s results are impressive to say the very least.

The company achieved adjusted earnings before interest tax depreciation and amortization of US$ 21.3 billion which was a staggering 84% higher than the previous year’s US$ 11.6 billion. 2020’s figure itself was nothing to sneeze at so the company did very well to not only match that year’s number but to also exceed it by such a large margin is a performance worth commending. This performance extended right across the financial board. Notably, Glencore managed in 2021 to increase its equity free cash flow by 203%.

This stellar performance culminated in an announcement of a US$ 4 billion-dollar payout for the company’s shareholders. The payout to shareholders is comprised of a dividend of US$ 3.5 billion and a share repurchase of US$ 500 million. Times have not been better and the market rewarded the company by increasing the value of its shares by 3.15% on the JSE when the announcement was made. On the London Stock Exchange where the company has its primary listing shares increased by 2.37%.

Fundamentally the company is a sound and advantageous position. The executives presenting its set of numbers for 2021 announced that the company had reduced net debt to US$ 6 billion and since the world was beginning to open in response to the COVID pandemic being brought under control it experienced strong demand for the commodities it produces. It is also interesting to note that this results presentation was the first in 2 years since the onset of the pandemic.

Strong demand for its commodities was the result of supply chain disruptions being experienced the world over. Nagle who succeeded long time chief executive Ivan Glasenberg stated that coal was the star of the show for the company. The high demand for coal was the result of little to no activity being done by mining companies worldwide in terms of building coal mines.

These days coal is not only a dirty commodity but “coal mining” is a dirty word so to speak. It borders on profane in a world that is now strongly driven by ESG to even mention the development of a coal mine. That being the case many players in the coal mining space are finding it increasingly difficult to secure funding for coal mine development projects.

This has played well into the hands of Glencore which has happily supplied the so-called dirty commodity to eager customers. Shareholders should be glad that the company has done this. In the event they are not happy that the company is selling this polluting fossil fuel they are well advised to remember the US$ 4 billion payouts. 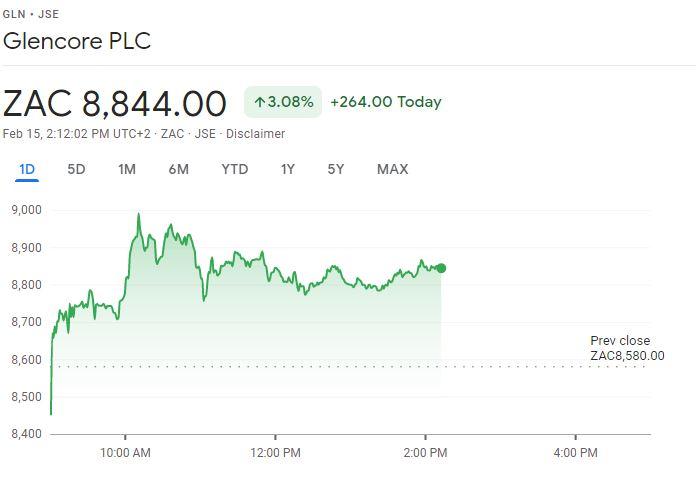 Nagle during the presser was at pains to reaffirm his company’s commitment to ESG and gave a blow-by-blow account of Glencore’s progress in this front during 2021. He repeated the comments he made to run down the coal business which he said last year would be a more sustainable manner of reducing his company’s carbon emissions.

BHP did the same and many others have followed the same lead in their journey to reach net-zero. Conditions in the commodities market favour producers like Glencore and will continue to do so for the foreseeable future. If supply chain disruptions remain from other economies not being able to open due to unequal access to vaccines commodity prices like the kind Glencore produces will increase.

One other aspect in its favour will be the stimulus packages being embarked on by developed countries to revive their economies. These have created an unprecedented appetite for natural resources as countries demand them to rebuild and invest in their infrastructure projects.

Questioned by analysts on the matter of growth either by investment in greenfield projects or by way of mergers and acquisitions, the chief executive warned that he would not aggressively pursue either option in an environment like the present which may not be sustainable in the future.

These comments and sentiments by the head of diversified commodities giant give the impression to players in the financial sector had begun to speculate that the commodities market is overheating and may see a correction in the not too distant future.

The indication from Glencore’s top brass is that nothing will last forever, and they are making the most of the good times afforded them by booming prices for natural resources. Are the good days numbered? And what are investors to make of such sentiments?

Whatever these words portend, Glencore has been good to its shareholders since the recovery of the world economy began and it has been especially financially kind to those who have held shares for a longer period and to those who bought into the company just after the selloff of March 2020.

Notwithstanding the stellar financial results, the company’s legal woes cast a pall on the otherwise boisterous presentation. The executives of the company gave an update on the investigations that are ongoing in the UK and in Brazil and told the group of analysts gathered to hear the presentation that the company had made provisions in its books for fines and settlements that may arise from the investigations.

Glencore in 2021 experienced 4 fatalities which the chief executive said was 4 too many. The fatalities were down 50% from the previous year.

In other ESG matters, Glencore committed to net-zero and listed the ways the company would achieve this chief among them the focus on the production of low carbon metals and running down of the coal operations. The event ended with the chief executive reaffirming his company’s commitment to a prosperous 2022. If his company’s financial results are an indicator of what’s to come, then half his job is done!