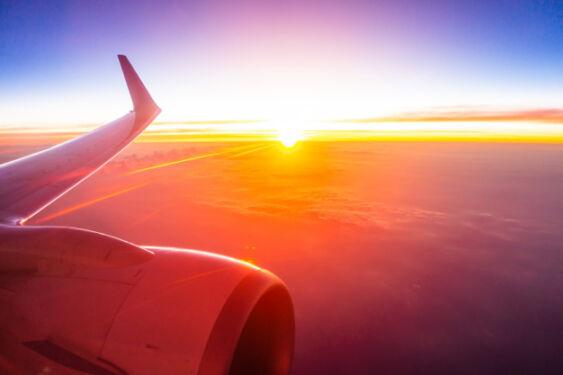 African airlines posted a combined $2bn loss in 2020. This year we expect only a slight improvement ($1.7bn loss) as the struggle with COVID-19 continues.

by Caroline Muriuki
in Business, Industry and Trade
0
Share on FacebookShare on LinkedIn

The International Air Transport Association (IATA) highlighted three main priorities that governments in Africa can work on to ensure the survival of African aviation, travel and transport and be able to support economic growth, recovery and development.

IATA highlighted the priorities as: the safe reopening of borders, planning safe restart of operations and the release of committed aid and blocked funds as well as constant financial relief.

IATA noted that in 2020 African airlines received $2.04 billion in government aid which was mostly distributed through cash injections, direct government loans and equity financing. Despite this support, eight airlines in Africa filed for bankruptcy or entered into business administration last year.

In 2020, Air Mauritius (AM) was the first African airline to enter voluntary administration due to the pandemic. South African Airways (SAA) which racked up more than $3.9 billion in debt since 1994 followed as well as South African Express among other airlines.

International financial agencies such as African Union, African Development Bank, the International Monetary Fund (IMF) and African Export-Import Bank pledged over $30 billion for African aviation and tourism. Most of the airlines and aviation’s are yet to receive most of the relief while $ 601 million in airline funds remain blocked in Africa across 17 countries such as Chad, Cameroon, Ethiopia, Nigeria, Malawi among others putting more pressure on airlines as they struggle for survival.

“African airlines posted a combined $2bn loss in 2020. This year we expect only a slight improvement ($1.7bn loss) as the struggle with COVID-19 continues. Looking ahead it’s unlikely that traffic will return to post COVID-19 levels until 2023. Financial relief measures are still desperately needed, particularly those that do not increase the industry’s debt burden. Additional relief measures and activating existing pledges are essential,” said Kamil Al Awadhi, IATA Regional Vice President Africa, and the Middle East.

“Government relief comes in many forms. Cost reductions in terms of taxes and charges will help. And the release of the $601 million of airline revenues that are currently blocked from repatriation by certain governments would be an immediate boost in some markets. Governments will need a financially viable air transport sector to energize economic recovery from COVID-19. Many of Africa’s airlines were weak even before the crisis. Reducing costs and freeing blocked cash has long been a priority for African aviation. If ever there was a time for decisive government action on these issues, it is now,” said Al Awadhi.

The African Union through its “Saving Lives, Economies, and Livelihoods” campaign is preparing a safe restart of African aviation by promoting collaboration between different government sectors involved in the crisis such as the ministry of IT, health and transport.

IATA also urged African governments to avoid covid-19 vaccination as a mandatory pre-entry and exit criteria noting that most Africans will not access to vaccines.

Cargo volume increased by one per cent in Africa which reflects a bright spot for African carriers. Despite this translating to high cargo revenues, it was not enough to offset losses incurred from the passenger side of the business, IATA noted.

According to IATA, in 2020 African airlines lost $2 billion while for every passenger the airlines flew they lost $49.63 compared to the global loss of $66.04.

Before the pandemic, there were 970 unique international routes while after the pandemic there were only 100 which saw connectivity decrease by 90 per cent.

Also Read: Ethiopia’s emerging success: How an airline set pace for the global