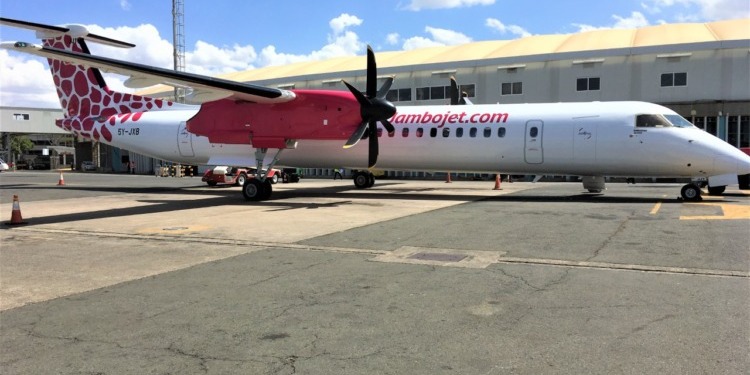 The carrier says the move is part of its expansion program, at a time when the coronavirus continues to have a devastating impact on the aviation sector in the region as well as across the world/Jambojet

Regional carrier Jambojet has commenced operations to North Kivu Province Capital, Goma in the Eastern Democratic Republic of the Congo, to become the first low-cost carrier to fly the route, and also the only direct flight between Nairobi and the Eastern DRC city.

“We are excited about the growth prospects in the region. We have an ambitious plan to grow our network, and we are proud to be the first low-cost airline to venture into this route,” said Karanja.

Jambojet currently flies to 6 destinations including Mombasa, Diani, Eldoret, Kisumu and Malindi from its primary hub in Nairobi. The airline also operates a direct flight from Mombasa to Kisumu and Eldoret and has plans to start operations to the Coastal Island of Lamu on 15th September, 2021.

Jambojet Board of Directors Chairman, Vincent Rague noted that there is opportunity for growth in the African market, and Jambojet will be at the center of this growth

“Our ethos has always been offering affordable, convenient and reliable service to customers, and that in turn contributes to economic growth, job creation and boosts social inclusion,” said Rague.

The commencement comes days after the Board of Directors of the company confirmed Karanja Ndegwa as the airline’s Chief Executive Officer and Managing Director.

Ndegwa, who has been in an acting capacity since April 2020, was previously the Chief Financial Officer of the airline.

Commenting on the appointment, Rague said that since taking over as acting Managing Director, Ndegwa has successfully steered the business, ensuring stability, continuity and growth amid the Covid-19 pandemic which has significantly affected the Aviation Industry.

“Through his leadership, we are confident that he is best suited to take the airline to the next level in terms of growth and sustainability,” he said.

Karanja Ndegwa is a graduate of Economics and Statistics from the University of Nairobi as well as a Certified Public Accountant. He has a wealth of experience in financial planning and reporting, airline business/commercial strategy, capacity building, strategic management and revenue management, having spent over 20 years in various leadership roles within the Airline Industry

Prior to joining Jambojet in 2014, he worked at Kenya Airways in different capacities, rising to the position of Manager – Revenue Accounting. He served as the Head of Finance at Jambojet, before being appointed the Chief Financial Officer of the airline in 2016.

“Ndegwa has been instrumental to Jambojet growth, setting up the finance organization during Jambojet’s inception and has been involved in strategy development and implementation,” the company said.

The commencement of the flights also come at a time when the Kenya National Bureau of Statistics has revealed the exact impact of the pandemic on the sector.

This was as a result of the Kenyan Government suspending international passenger flights from 25th March to 31st July 2020 to contain the spread of COVID-19.

Domestic tourism was equally constrained by restriction of movement of persons within Nairobi Metropolitan and Mombasa as well as suppression of most socio-economic activities during the second and third quarter of 2020.

Visitor arrivals declined to 43.3 thousand in March 2020 when Kenya reported its first case of COVID-19 and remained relatively low up to July 2020.

The last five months of 2020 recorded gradual increase in visitor arrivals through JKIA to stand at 43.2 thousand in December.

A decline of 63.9 percent was recorded in March 2020 and the number of international arrivals remained low up to July 2020.

The contraction in visitor arrivals through JKIA and MIA was mainly attributed to travel restriction measures put in place in our tourist source markets and suspension of international passenger flights by the Kenyan government to mitigate the spread of the virus.

Tags: Democratic Republic of the CongoDRCFeaturedJambojetKenya 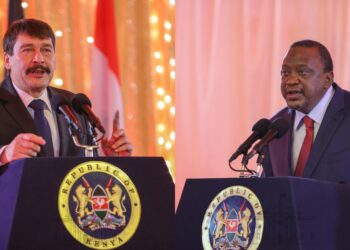