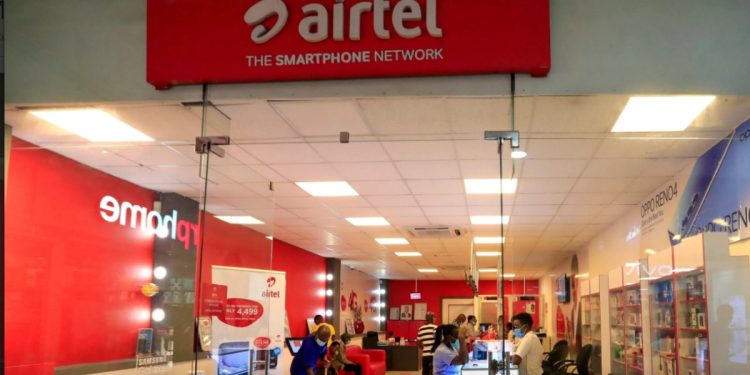 by Wanjiku Njugunah
in Business, Investing, Tech & Business
0
Share on FacebookShare on LinkedIn

Airtel Kenya has announced that it spent KSh 4.7 billion ($39.6 million) to acquire an additional 60 MHz spectrum, which will help it expand its mobile network in the East African nation.

At the same time, the additional spectrum is expected to pave way for the rollout of 5G in future.

Airtel Africa said in a statement that the investment reflects their continued confidence in the opportunity inherent in the Kenya market, supporting the local communities and economies through furthering digital inclusion and connectivity.

The company’s licence for the spectrum starts from July 2022 and will stay valid for the next 15 years.

The investment comes months after the company paid KSh 1.13 billion ($9.5 million) to the Communications Authority of Kenya for a network license. Under the investment, Airtel Kenya would get additional data services to customers without increasing bundle charges.

In a related story, Kenya’s leading telcos recently signed a landmark deal that will propel the mobile money space in the country.

On Friday, July 15, 2022, Telkom, Safaricom, and Airtel signed a deal, allowing Kenyans to make direct mobile payments to an M-PESA Pay Bill number from any network.

In a statement, the telecommunications companies said the move follows their announcement in April 2022, which saw Kenyans start making mobile payments to M-PESA Buy Goods and Services Tills from any network.

The objective of the interoperability of Kenya’s mobile money service platforms is to allow Kenyans to make direct mobile money payments to any M-PESA merchant Pay Bill Number and Merchant Tills, from any network, thereby boosting the adoption and convenience of making cashless payments.

The next phase towards complete merchant interoperability will see Kenyans make mobile money payments from
M-PESA to the Till and Pay Bill Numbers of the other networks: Airtel Money and T-kash.

The proposition is also in line with the principles of the National Payments Strategy, 2022 – 2025, which the Central Bank of Kenya launched in February 2022.

The strategy seeks to achieve a secure, fast, efficient and collaborative payments system that supports financial inclusion and innovations that benefit Kenyans through trust, security, usefulness, choice and innovation.

Airtel Kenya’s CEO, Ashish Malhotra said the move would provide Kenyans with an affordable, convenient and secure cashless payments platform that will provide more options that empower customers as they go about their day-to-day economic activity.

Commenting on the same, Safaricom’s CEO, Peter Ndegwa, said that the launch of Pay Bill interoperability extends even more convenience to customers and businesses, transforming M-PESA into a one-stop solution to send and receive money and payments from any financial service locally and their global partners.

The telcos made this announcement at the Muguga Green Primary School, where they each paid KSh 300,000 into the school’s Pay Bill number from their spokesperson’s respective mobile money wallets.

The school will use the money, KSh 900,000, to meet some of its operational needs for the second school term of the year.

The deals came when Airtel Kenya recently announced that its CEO Prasanta Das Sarma had left the company in early July 2022. His roles were handed over to Ashish Malhotra.

Prasanta Das Sarma, whose tenure at Airtel Kenya started in 2017, has since joined Airtel Africa as co-CEO for Fibre Services.

Airtel Kenya also appointed a new Chairman of the Board, Louis Onyango Otieno.