A new kind of financial innovation was also in vogue then fueled by the low-interest rates and the surplus cash flows that companies were generating. 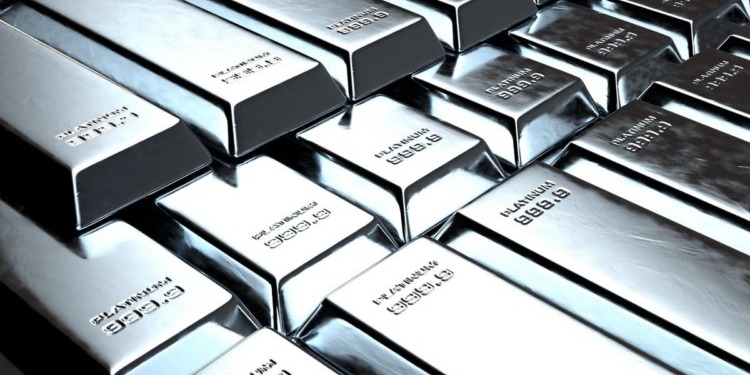 Northam Platinum Holdings, the 4th largest platinum group metals miner on the JSE has been in the news a lot lately. Its swoop on a large block of shares in Royal Bafokeng Platinum this month when RB Plat was said to be in talks with rival miner Impala Platinum is in many ways reminiscent of a similar transaction in the 80s when US investment giant Kohlberg Kravis & Roberts acquisition of RJR Nabisco. At that time RJR Nasbisco was a rather awkward grab bag of assets comprising cigarette manufacturing and biscuits.

A bizarre combination. Nevertheless, it was a most prized asset in the investment community because of its extraordinary ability to generate free cash flow. Its cash-generating capability was underscored by the fact that it was a dominant company in a mature industry selling household goods on one hand and completely dominant a market for goods where the customers were addicted. In the words of the author who captured the drama surrounding this transaction, Bryan Burrough in his best selling book, “Barbarians at the Gate,” which went on to be captured in a film bearing the same name, the company “was making tons of cash.”

It’s important to understand that during 80s interest rates were low and that spawned a lot of corporate activity in the form of mergers and acquisitions.

A new kind of financial innovation was also in vogue then fueled by the low-interest rates and the surplus cash flows that companies were generating.

We are seeing a lot of the same circumstances today. There are several companies in the mining sector that are generating excess cash flows from windfall profits attributable to the boom in commodity prices. Interest rates are also low on account of central banks keen to stimulate recovery of their respective economies after the devastating effects of the COVID pandemic.

Given these enabling circumstances, KKR offered to buy out RJR and reorganize the business and optimize value from its operations. This initial attempt was not warmly received, and RJR sought other investment companies to purchase it. What then ensued was what members of the investment community call putting the company in play.

This describes a scenario where one company is actively pursued by several suitors who desire to purchase it. In the end KKR triumphed albeit having paid a massive premium for the company. Unfortunately, the company did not realize the gains that it had envisaged it would.

The Nabisco operation of the company was spun off into a separate entity and the tobacco interests were also kept separate. All the gains the company anticipated it would make were swallowed up by tobacco lawsuits so that by 1994 the KKR had all but written off its investment in RJR Nabisco.

Northam Platinum like KKR is a company that is not short of ambition. And like its US equivalent in this context was not afraid to pay a substantial premium for the company it had set its sights on, RB Plat. The company paid ZAR 17 billion for its near 33% interest in the platinum miner.

This price represented a premium of nearly 100% of the price at which its shares were trading before it got into talks with Impala Platinum. Nothing screams ambition more than this gutsy gesture. It’s a gutsy gesture because the company is buying into the future fortunes and prospects of the RB Plat and it’s also a strong show of confidence in the platinum and PGM commodities market.

Northam’s bold move especially with RB Plat did not make the best sense with the investment community in general and the market punished the company by selling off its shares resulting in a decline of between 15% to 20% when it announced the transaction. The market favoured a tie-up of RB Plats with Impala given that is operations are close to each other. These developments have not deter Northam. The company’s surprise move now looks like a stroke of genius given that Impala platinum has now secured a 24.52% interest in RB Plat from institutional investors for ZAR 10.5 billion (US$ 656 million). Though not willingly Northam has secured a place for itself in a joint venture with the second-largest platinum miner on the JSE.

Impala Platinum is aiming to acquire control of RB Plat through a 50.1% interest. According to Mining MX, “Implats offered R150 per RB Plat share consisting of a R90 cash component which matches the cash component offered by Northam in its higher R180/share bid for its stake in RBPlat. The balance of Implats’ offer consists of Implats shares in a ratio of 0.3 shares per RBPlat share.” What is clear is that RB Plat is a desirable asset like its contextual equivalent RJR Nabisco. If Impala manages to secure 50% of RB Plat then it will be able to consolidate the company into its books and should it manage to secure 65% then it will put it squarely in a joint venture arrangement with Northam.

The platinum mining sector on the JSE is worth ZAR 863 billion or US$ 55.63 billion comprising 8 companies. The largest of these is Anglo American Platinum which has a market capitalization of US$ 28 billion, followed by Impala Platinum with a market cap of US$ 10.45 billion, Sibanye Stillwater with a market cap of US$ 9.26 billion. Northam Platinum comes in 4th at US$ 5.28 billion. The platinum sector is highly significant to the JSE and the South African economy this is shown by the market capitalization of the top 5 stocks. The five biggest miners on the JSE have market cap valuations well over US$ 1 billion.

Northam Platinum describes itself as an independent, fully empowered, integrated PGM producer that wholly owns and operates its mines and recycling operations. The company has a target of producing 1 million ounces of PGMs. Its mines are situated at Zondereinde, Dwaalkop, Eland and Booysendaal. From a financial perspective, the company delivered a stellar set of numbers.

Northam’s revenue for the financial year 2021 came in at ZAR 32.6 billion or US$ 2.03 billion compared to ZAR 17.8 billion in the previous year. This is year’s revenue is approximately double what it was in 2020. This feat the company attributed to its significant investments in growing its production base within a generally strong commodity price environment.

At an operational level, the company managed to increase its production by a staggering 34.1% despite the ongoing COVID challenges. This increase in productivity resulted in the company nearly trebling its EBITDA in 2021 compared to 2020. The company achieved EBITDA of ZAR 16.7 billion in 2021 compared to ZAR 6 billion the previous year. The company also managed to increase the free cash flow on its balance sheet by roughly the same margin to ZAR 11.7 billion, up from ZAR 4.0 billion the previous year. The company has not paid any dividends in 2021 however it has a robust outlook going forward.

Profile media rates this company a buy given the amount of cash it has on its balance sheet and the prospects of the PGM market. Northam Platinum has plenty of room and flexibility to grow its business organically or through acquisitions and should commodities carry on their upward trend in prices. Shareholders who have been investors in the company for the last 5 years have done very well.

In terms of capital gains from share price appreciation Northam has delivered impressive share price performance. Shareholders in Northam Platinum over the last 5 years would have seen their capital grow by 422.68%.

This performance is second only to Anglo American Platinum shares who have seen their investment grow by 459.48% over the same period. Northam has managed to put a smile and grin on the faces of its investors and it could put a smile on yours going forward!