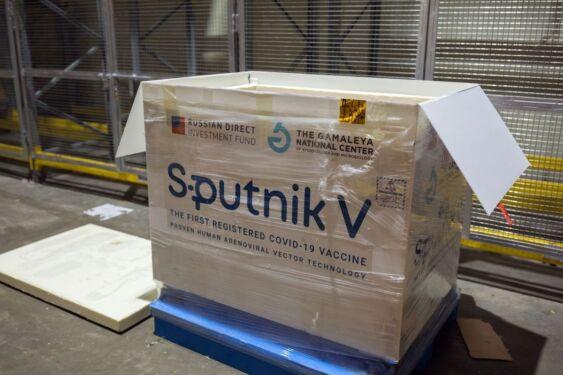 Opportunities in chaos and how to make money from them

An individual must know and never forget that investment and the markets are not for the faint of heart and the short of breath.

It is easy for things to go wrong. Volatility and risk are always present.

March 2020 is a time that all investors would be happy to forget and never remember again. The Coronavirus then had gone from being a health problem confined to the Chinese province of Wuhan to a global pandemic that shut the whole world down.

The impact of the pandemic has been unprecedented. This typical black swan event that is expected to occur once every 100 years has changed the way humanity lives.

Without firsthand experience, it would be difficult to imagine how a crisis that is patently a healthcare matter could shake the financial system to the core the way that it has. March 2020 saw a global equities selloff that sent all the major markets of the world going into the red and experiencing all-time lows leaving in its wake a lot of investors in financial pain. It was the end of the world… Or so it was thought…

One year on it is important for investors to equip themselves by looking back on that period to see how the world of equities looks now. As it is said hindsight is always 2020. It is important to look back with the title of this article in mind: are there opportunities in chaos? Granted, COVID-19 was and is a crisis that we do not want to ever repeat itself but what if it was also a golden opportunity to enhance the financial wellbeing of the savvy investor who looked beyond the chaos to see the opportunities that are as rare as the pandemic itself?

It is possible to make money when the sky is falling and when other people are running for the hills. Chaos always presents itself together with opportunity. Whether or not an investor makes money depends on whether he or she understands this same concept. It must always be understood that capital is notoriously shy, the slightest sign of upheaval will send it packing.

Other world markets followed suit documenting record lows across the board. On the Johannesburg Stock Exchange (JSE), Business Day reported that the worst losses around the same period were approximately ZAR3.3 trillion which was at that time around two-thirds of South Africa’s GDP.

“SA’s main stock index plunged almost 10% on Thursday (12th March 2020), the biggest drop since October 1997 when global markets were in the midst of the Asian financial crisis.”

On the Zimbabwe Stock Exchange (ZSE), the global sell-off coincided with upheaval that was unique to the Zimbabwean market such that the Zimbabwe Independent, a leading business weekly reportedly said in March 2021 that the stock market was expected to plunge after the lockdown was announced. Above the actual sell-off, the ZSE lost value when the authorities banned the fungibility of certain stocks around that time and a short time later closed the stock market altogether for weeks on end. “The pandemic is going to have a negative impact on economic growth in 2020. By extension, the performance of companies, including listed ones, will be severely affected hence share prices will also largely be bearish,” said the Independent.

There are not many definitions of financial Armageddon more apt than this.

However, despite the financial bloodbath, well-positioned investors who had access to liquidity had a golden opportunity to snap up shares in quality companies that have since bounced back in terms of price from sell-off levels at bargain-basement prices.

Sasol’s share price was among the worst affected because of the sell-off on account of the pandemic as well as other reasons namely, over-exposure to US$ denominated debt and cost overruns with its Lake Charles project in the United States, together with the decline in oil prices around the same time.

Just who exactly is Sasol anyway?

Sasol is an international integrated chemicals and energy company that leverages technologies and the expertise of over 31,270 people working in 32 countries. The company develops and commercializes technologies, builds, and operates world-scale facilities to produce a range of high-value product streams, including liquid fuels, chemicals, and low-carbon electricity. The company has been a pioneer of energy and fuel solutions for the last 60 years. The company began in the 1950s having developed a novel technology to extract oil from coal resulting in what has come to be known as synthetic fuels. It grew with state support from that time, eventually becoming a private entity through privatization in 1979 through an initial public offering on the Johannesburg Stock Exchange.

Read: Manufacturing, still a goldmine opportunity for investing in Africa

The company has always been a darling of the investment community as it seemed to have an almost endless supply of growing profits. According to its website, Sasol was listed on the New York Stock Exchange in 2003 and continued its astronomic trajectory of growth going beyond the African continent into various parts of the world. The Achilles heel for the company came when it took the decision to get into hydraulic fracking with its Lake Charles project. The company posted a ZAR91 billion loss in 2020.

According to the Africa Report the company’s foray into the US market, “…made the company exceed its gearing ratio and compromised its balance sheet. This spooked the market and sparked a run on Sasol’s stock. The debt markets, in turn, snubbed the integrated chemicals and energy company. The board stepped in last year and instituted an inquiry to determine the underlying causes of Sasol’s troubles.”

It was at that time a classic example of a distressed company. Nothing tells the story more clearly than its share price at that time. During the sell-off Sasol shares fell to the lowest they have been in over 20 years. In March Sasol shares traded at R21!

Sasol had about $10bn in debt, and its weak balance sheet prevented it from tapping into the debt market. Sasol executives then set in motion plans to sell off assets to reduce the debt by $6bn in the 2021 financial year.

Executives negotiated with Air Liquide to sell 16 air separation units at Secunda. The sale of a 51% stake in Sasol’s explosives business to Enaex was also completed. The company agreed to sell its indirect stake in Nigeria’s Escravos gas-to-liquids project to supermajor Chevron. These asset disposals brought in US$3 billion in cash and were coupled with a US$2 billion rights offer and, in that same year, managed to secure US$1 billion in savings.

Since its listing on the JSL 40 years ago, Sasol had been a consistent performer. The turnaround did not happen right away; it is ongoing, however, the share price has appreciated by a factor of nearly 10 times from the lowest level of R21. Sasol shares are now trading at around R208!

This is an opportunity in chaos!

The share price still has some way to go to reach the levels at which it was trading at prior to the crisis created by the pandemic. In 2018 Sasol shares traded in the region of ZAR576. There is still a window of opportunity for the savvy investor to get in on the action as the shares of the petrochemicals giant revert to pre-crisis levels.

Sasol is merely one case. There many other ‘Sasols’ on the JSE and the ZSE. The opportunities provided by chaos would serve the savvy investor with prime opportunities to make money and enhance their wealth over the long term. However, these opportunities are not easily discernible and require certain traits to be developed by an investor to take advantage of them.

Richemont, the luxury goods company is another case in point. If you had bought its shares during or after the sell-off and held them to date you would have doubled your capital! Another company covered is Sibanye Stillwater, the largest platinum producer in the world. Its shares after the selloff could have been purchased for R18 however, as of today they trade in the region of R58. An investor would have trebled his or her capital had they bought shares in the miner over that period and held onto them to date.

What then does it take to make money from opportunities in chaos?

Chaos and risk are part of life. The periods of irrational exuberance in the markets will always be present as long as human beings trade the same markets. Opportunities will exist alongside this chaos. To profit from this chaos requires the right kind of perspective which naturally will inform an investor’s financial goals. Ideally, to profit from times of upheaval requires a long-term outlook. It also needs liquidity which comes from being a skillful manager of your portfolio and the cash that it generates. Finally profiting from the periods of insanity that come upon the markets requires that investors manage their portfolios actively. Active management can mean different things for a lot of people; however, it means generally that shares and securities that make up an investor’s portfolio should be carefully selected according to a preset criterion by the investor. This criterion as mentioned before will be informed by the investment goals of the investor and its performance within the context of the overall portfolio must be reviewed very frequently. This is the essence of the “Keep Your Finger on the Pulse” management strategy.

On that note it is important to understand that it does not have to be bad news when some bad event has occurred like the pandemic the whole world has experienced over the last two years. The crisis that ensued from it need not spell disaster for the shrewd investor. Profits in many instances always come disguised as crises!

Go forth and prosper!