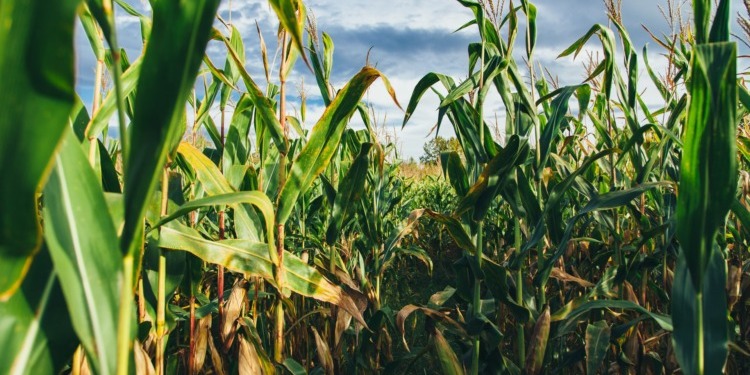 Farmers can sign up to PBI by simply dialing a USSD code on their phones. / courtesy

by Wanjiku Njugunah
in Agribusiness, Business
0
Share on FacebookShare on LinkedIn

As climate change worsens, millions of smallholder farmers across sub-Saharan Africa grapple with unprecedented weather changes and influxes of pests and diseases that ravage their farms and devastate their livelihoods.

To cushion farmers against climate change and boost productivity and resilience, governments and private sector players have been exploring various financing solutions.

Among them is index-based weather insurance, which relies on satellite images to determine if a particular area – sometimes covering up to 1,000 farmers – has been affected by harsh weather, such as excess rainfall or drought. When impacted by extreme weather, farmers registered with the scheme automatically receive a payout.

However, although the insurance scheme has proven popular, there have been challenges as a result of the model used to determine payouts.

For instance, while the satellite images provide a general view of wide geographical areas, they do not measure rainfall or drought levels at localized or specific areas.

This can lead to farmers not receiving the payouts they need. Smallholders are also expected to pay for visits by ‘loss assessors’, who determine if payouts are required by travelling to the farms – and for many, this has made index-based insurance too expensive.

Inspired by the need to create a solution to provide more localized information in the event of weather-induced crop catastrophes, Agriculture and Climate Risk Enterprise (ACRE Africa) has introduced a climate-smart crop insurance scheme combining satellite data and smartphone imagery.

The initiative is part of the Cultivate Africa’s Future (CultiAF) program, which is jointly funded by the International Development Research Centre and the Australian Centre for International Agriculture Research.

Dubbed ‘picture-based insurance’ (PBI), the scheme requires farmer champions to periodically take photos on behalf of farmers’ crops at different growth stages – including at planting, mid-season, and before and after harvesting.

This data is then used by insurance companies and associated agronomists to determine whether a farmer is eligible for a payout and, if so, how much. To make the scheme sustainable, PBI also provides farmers with access to high-quality certified seeds, input financing, agricultural advice, and agronomist-led information on regional weather conditions.

“Through the use of satellite and smartphone imagery, and providing eyes on the ground to observe farm management practices, the PBI scheme addresses the challenges of basis risk, discrepancies between insurance pay-outs and actual farmer losses, and ultimately, poor trust in insurers among farmers. PBI also promotes the adoption of resilient farming technologies and works to better engage smallholder farmers which helps to further improve trust,” says Lilian Waithaka, PBI project manager.

To ensure that PBI works on the ground, the scheme relies on ‘village champions’, who are trained on the various aspects of insurance, why crops should be insured, and how different agronomic practices, such as mulching, can increase their yields. These champions pass on their newfound knowledge and skills to other farmers, with the aim of persuading them to take up the insurance product.

Farmers can sign up to PBI by simply dialling a USSD code on their phones. Payments for the insurance premiums are also completed on their mobiles, using the MPESA payment service, which ranges in price from Ksh50 (CAD 0.56/AUD 0.61) to Ksh1,000 (CAD 11.25/AUD 12.25). Once any payouts are triggered and verified, the money is sent directly to the farmers’ MPESA account.

In the Bungoma and Busia counties of western Kenya, where the project is currently being rolled out, 6,000 maize, beans and sorghum farmers have registered with the insurance scheme. Sixty champion farmers have worked hard to lead the initiative in the two counties.

“When we launched this project in 2019, the initial idea was for each champion farmer to have 250 farmers in their network. They had even collected all the farmers’ details,” says Patyster Lusweti, ACRE Africa supervisor. “Then COVID-19 struck, and we were forced to reduce to between 20 and 40 per champion farmer to adhere to guidelines on reduced movement and social distancing.”

John Poi Namanjelie is a champion farmer in Bungoma County. He practices mixed farming – growing vegetables, fruits, maize, beans, bananas, and sorghum – on his 1.2 ha farm to build his climate resilience, but was previously only producing enough for home consumption.

Since embracing PBI, John has been able to increase his yields and start selling his produce. He also trains other farmers on good management practices, and the importance of insuring their seeds.

“Farmers in the area have warmed up to the idea of this insurance, mostly because they have seen the payouts happening and because we, their fellow farmers, are the ones selling the insurance,” he explains.

Adopting PBI has also provided an unexpected benefit for Mary Nasimiyu, a young farmer also in Bungoma County. With access to higher-quality maize seeds as part of the PBI scheme, Mary has improved her yields, which has enabled her to sell her produce at local markets, diversify into vegetable farming, and even set up her own clothing boutique. She has also recruited other young people, the majority of whom had resisted going into farming due to low yields.

“Due to crop diversification and with new ways of farming, I have received a lot of requests from young people who are keen to join farming,” Mary says. “I am happy of the small revolution that we are together creating in encouraging more youth to farm.”

As more farmers take up this insurance, there has been growing demand to increase the crops covered and to introduce more inputs to the scheme. “We recently did a survey on farmers’ willingness to purchase other inputs, such as fertilizer and crop protection products, including pesticides and herbicides, if these are incorporated into the insurance scheme,” shares Patyster. “A huge percentage of the farmers welcomed the idea and stated they would be willing to invest.”

Mary adds that farmers’ interests are also extending to other areas. “In my interaction with farmers, especially the young ones, there have been calls to increase the range of crops that can be insured to include horticulture.”