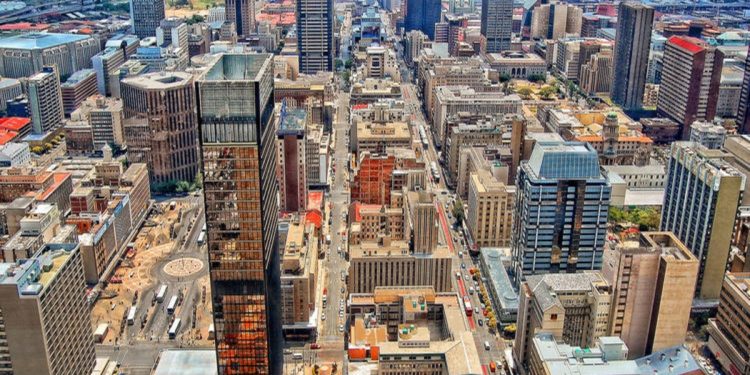 South Africa is home to the two richest cities in Africa. Johannesburg is the wealthiest, with a total private wealth of US$239 billion.

by Kiptoo Kosgei
in Business
0
Share on FacebookShare on LinkedIn
The Africa Wealth Report 2022, released by Henley & Partners in partnership with New World Wealth, ranked the wealthiest cities in Africa by total wealth.
Listed in the report are the richest cities using total private wealth held by all the individuals living in each city.
The parameters measured were assets, cash, equities and business interests. Henley’s survey indicated the top two wealthiest cities on the continent are in South Africa. Johannesburg topped, followed by Cape Town.

Johannesburg is located in Gauteng Province and hosts over 5.6 million people. It is home to 16,000 high-net-worth individuals (HNWIs) whose net worth is estimated at US$ 1 million and above. It hosts 840 multimillionaires with a net worth of US$10 million, 34 centi-millionaires with wealth valued at over US$100 million and two billionaires worth more than US$1 billion.
The city was established in 1886 and developed fast due to its rich gold reserves as it was a gold mining settlement. The city’s Soweto township was home to some of the iconic Pan African leaders, including Nelson Mandela and Desmond Tutu. Its wealth is concentrated in Sandhurst, Hyde Park and Westcliff suburbs. South Africa’s biggest companies and banks have their head offices in the city, which is also the seat of the constitutional court.

Cape Town is the legislative capital of South Africa, where parliament sits. Its total private wealth is estimated at US$131 billion. The city on the southwest coast is home to over 4.6 million people. Of the population, 6,900 are HNWIs, 420 millionaires, 25 centi-millionaires and one billionaire.
The city’s exclusive suburbs include Clifton, Bantry Bay, Fresnaye, Llandudno, Camps Bay, Bishopscourt and Constantia. Its top-end lifestyle estates. on the other hand, are Steenberg, Atlantic Beach and Silverhurst Estate. Cape Town’s major investment sectors are real estate and fund management.

Cairo is the capital city of Egypt. It is Located along River Nile, the longest river in Africa. The city hosts more billionaires (four) than any other city in Africa. It’s home to 8,200 HNWIs, 440 multi-millionaires and 29 centi-millionaires. Its US$128 billion wealth comes is generated from financial services, telecoms, retail, tourism and basic materials.

Lagos is the largest city in Nigeria, a country in West Africa. It’s the most populated city on the continent, with over 23 million people living within its metropolitan. The city’s affluent parts include Ikoyi and Victoria Island, while the major sectors driving it are basic materials, oil and gas, transport and financial services.
Lagos’s total private wealth is valued at US$97 billion. The city hosts Africa’s second largest number of billionaires (3). It’s home to 17 centi-millionaires, 290 multi-millionaires and 5,500 HNWIs.

The KwaZulu-Natal cities are ranked the fifth wealthiest in Africa, with total private wealth worth US$60 billion.
Umhlanga is located north of Durban. The two areas combined host 3,700 HNWIs, 260 multi-millionaires and 11 centi-millionaires. No one in the region has attained billionaire status.

Nairobi, Kenya’s capital, is the largest city in East and Central Africa, with a population of 4.4 million people. It’s the region’s economic hub and one of the fastest-growing cities globally. Nairobi’s wealthiest and most expensive suburbs include Runda, Lavington, Kitisuru, Karen and Muthaiga.
Its major industries are financial services, real estate, tourism, media, clothing, textiles, processed foods, beverages and cigarettes. The ‘green city in the sun’ is home to 5,400 HNWIs, 260 multi-millionaires, and 12 centi-millionaires. Nairobi’s total private wealth is estimated at US$48 billion.

Pretoria serves as the executive capital of South Africa. The city’s total private wealth is approximately US$45 billion. The city is home to 2.5 million people. Out of these, 2600 individuals are worth over US$1 million, 110 have wealth estimated at over US$ 10 million, and two are worth US$100 million.

Casablanca is a port city and commercial hub in western Morocco, fronting the Atlantic Ocean.
The city has a population of 3.7 million inhabitants and hosts two billionaires, 13 centi-millionaires, 120 multi-millionaires, and 2,500 HNWIs. The total wealth in the hands of individuals in the city is valued at US$43 billion.

Accra, the administrative and economic capital of Ghana, is ranked one of the fasted growing cities in Africa and globally. The city hosts Ghana’s biggest banks, insurance companies and markets. Accra’s total private wealth is estimated at US$35 billion, with 2,400 HNWIs, 13 centi-millionaires, and 120 multi-millionaires living there.

Luanda is the largest and capital city of Angola. The port city’s wealth is valued at US$32 billion. The city, which was founded in 1576, is home to 2.5 million people.