A mineral-rich continent, with a fast-growing economic potential and a considerable population stands a chance to become a predominant global hub for trade and investment. 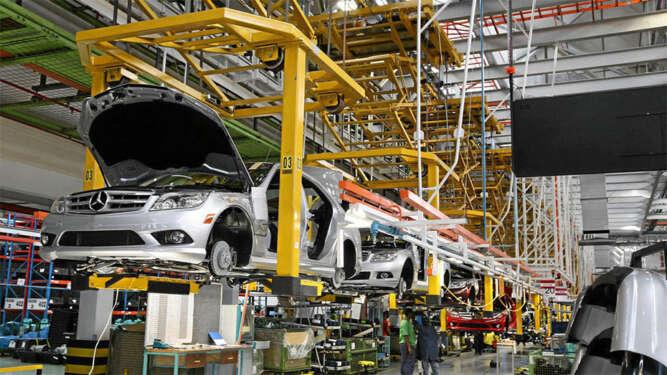 A mineral-rich continent, with a fast-growing economic potential and a considerable population stands a chance to become a predominant global hub for trade and investment. Africa’s growth potential has been mainly driven by a significant surge in investment, as indicated by the African Development Bank. As opposed to consumption expenditure driving economic growth, industry players and governments have realised the long-term benefits of investment to the growth of African economies. A longevity approach to a sustained growth of the African continent as a whole is the thrust of Agenda 2063 of the African Union, propelled by the African Continental Free Trade Area (AfCFTA) agreement.

In 2019, GDP growth was mainly represented by investment expenditure, which went up to 50%, the first time ever in a decade. A continued thrust to maintain and improve investment is pivotal for the attainment of long-term objectives on the continent.  The Conditions for Success of the AfCFTA include the establishment of a low-tariff environment on intra-African trades across the continent. Economic policies such as tax holidays, expansionary credit and fiscal policies all come together, and effectively so, to promote capital influx into the continent.

Automobile giants such as Toyota, Mercedes-Benz and Nissan have their footprints set all over the continent with assembling and manufacturing plants. In 2019, Mercedes-Benz committed to resume assembly operations in Egypt, whilst a huge investment into electric car manufacturing is on the promising end by China’s Dongfeng Motor. Various car manufacturers are considering expanding their current presence and impact on the continent, with Nissan’s Guillaume Cartier sighting a potential outreach into the Kenyan market.

Overall, for investment to be a key driver of growth, ease of doing business, a stable political environment, consistent policy making and adherence to the set framework must complement the views and objectives of the AfCFTA agreement.

A major concern on the African continent is the rate of unemployment. According to the African Economic Outlook 2020, about 12 million graduates are injected into the labour market each year, with only a mere 25% uptake in industry leaving an array of massive cumulative totals.

Automation in the automobile industry is well advanced – it is a boost to the industry’s efficiency and global competitiveness, but a sore reality to the unemployment sector. Many workers are being deskilled and massive job losses projected. The need for skills redevelopment and industry expansion are essential for an optimal labour-automation revolution. A more participative role by the automobile industry will go a long way in poverty alleviation. The automobile industry employs about 120,000 people in South Africa and constitutes about 6.9% to its overall GDP. Huge multinational automobile giants such as Volkswagen AG and BMW amongst others have shown their unwavering dedication to the continent through their long-term service and continued investment initiatives.

The AfCFTA is critical in creating borderless trade and as such, facilitate easier flow of skilled labour across countries as well as to the realization of labour comparative advantages. Another objective of the AfCFTA is the establishment of sustainable relations between the socialism and capitalism views in the reforms. The goal is to grow automotive skills and technology that infuse the growing importance of technology in economic efficiency and the need to reduce unemployment as a social strategy to improve people’s livelihoods.

Energy is vital for the growth and sustainability of any economy. With the growing intent of energy transition, from fossils to low carbon fuels, so grows the need to improve energy resilience and sufficiency. BP and TOTAL have pledged to scale down their oil and gas assets and prioritise a move to greener, sustainable and low carbon energy investments. Kenya is planning a massive US$5 million, 1000MW nuclear power plant that has been delayed till 2030, an initiative that will go a long way in the realization of an energy self-sufficient continent. A free trade zone assures countries with energy deficits a market with low cost and reliable energy supply. This will prove to be a major factor for production cost reductions, as energy costs are massive in assembling and manufacturing processes for automobile firms.

With regard to the automobile end-user, the need for an affordable and consistent supply of fuel is essential. On average, most of the economically active people in Africa are within the middle-class bracket. As such, they perform on low cost budgets with respect to their expenditures. According to the African Energy Outlook 2020 by the African Energy Chamber, Africa aims to sustain its low cost oil environment to facilitate the growth of industry and the overall cost of doing business. Coupled with low taxed carbon policies, this promotes massive automobile industrialization.

Existing evidence shows that the introduction of technology in business brings about massive economic gains with respect to both efficiency and output. Dongfeng Motor is set to materialize the first electric car manufacturing plant in Egypt this year. This initiative amongst many others to modernize the automobile industry is beneficial. The whole continent will benefit from shared R&D costs as they employ a unified approach in carrying out such initiatives.

A significant point to note is that assembling plants are considerably more than manufacturing plants. This does pose some economic setbacks regardless of any free trade policies implemented. The final costs that will have to be transferred to the end-user are more alike to those of importing a new and finished product from either Japan or Europe, taking into account tax levies such as import duties.

All of the Kenyan automobile plants are assembling plants and produce vehicles with wholly imported parts that require no domestic manufacturing input. As the Nissan group is eyeing such a market, with such enlightenment at hand, focus should be on the establishment of a manufacturing plant, a pioneer move that has huge potential profits looming on the horizon. With the establishment and implementation of a realistic and sustainable policy framework, investments into manufacturing plants can be fostered into reality for the ultimate harvest of all financial gains the agreement poses.

Africa has a huge potential pool for first-time buyers. This untapped market segment is a lucrative opportunity for automobile companies looking to bet their dreams in Africa. With Agenda 2063 in place African governments must work towards building a safe, resilient and economically vibrant investment hub—an achievable vision for the betterment of its citizens and development of its sovereign and independent nations, so echoes the wavelengths of the African Continental Free Trade Area (AfCFTA) Agreement.