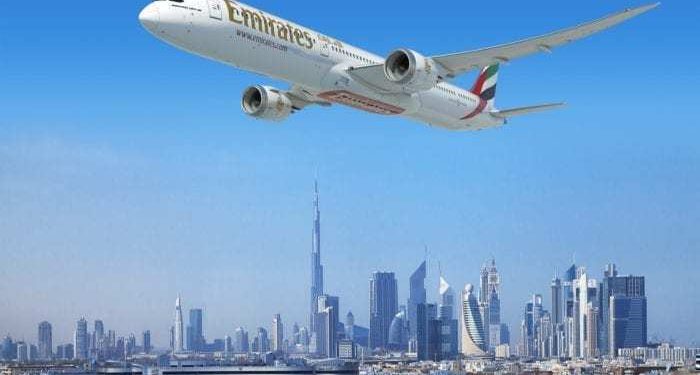 UAE based Emirates Airlines expands via partnership in Southern Africa

UAE based Emirates Airlines has inked an agreement with Airlink which has paved way for it to enter the Southern African market. The pact with regional airline Airlink is part of Emirates ongoing major expansion in the region even though the Dubai-based company has been cutting off various routes around the World owing to the Covid-19 threat.

The development comes but weeks after South Africa’s state-owned airline, South African Airways, failed to raise the $591 million it needed to bail itself out of the corruption and mismanagement allegations that it was facing.

Earlier this year in June, the SA government had issued a statement that it would step in to bailout the company but on September 30th, media was ablaze with reports of the company shutting down its doors, pending government intervention.

With such a big player out of the picture, it only makes sense that Emirates, a globally leading brand, would fly in and fill the gap.

Emirates pledges to provide customers air transport from South Africa to more than 25 domestic destinations within the country and more than 20 regional destinations in other Southern African nations.

As part of the deal, Emirates and Airlink will now offer single-ticket travel and one-stop baggage check-in for customers transferring from Johannesburg and Cape Town to an array of domestic destinations including but not limited to Bloemfontein, George, Upington, Nelspruit, Hoedspruit and Port Elizabeth.

It will also fly across Southern Africa like Gaborone, Victoria Falls, Maputo, Windhoek, Harare, Lusaka and Livingstone amongst many others.

“Emirates is pleased to partner with Airlink on a new interline agreement that will help us strengthen our presence and give customers more choice, flexibility and enhanced connections across 45 cities in Southern Africa.

“We are committed to our operations in South Africa, as we continue to look at ways to build our extended network for customers, and help them benefit with diverse travel options,” said Sir Tim Clark, president of Emirates Airline.

“The interline agreement that has gone into effect with Airlink is only the start of further collaboration, and we are looking forward to exploring more opportunities to widen the scope of our partnership in the future.”

With the pact, customers can now book their flights with both airlines online at Emirates, through online travel agencies as well as with local travel agents.

As of 1 October, Emirates begun its operations into Johannesburg and Cape Town and moved on to Durban by 8 October.