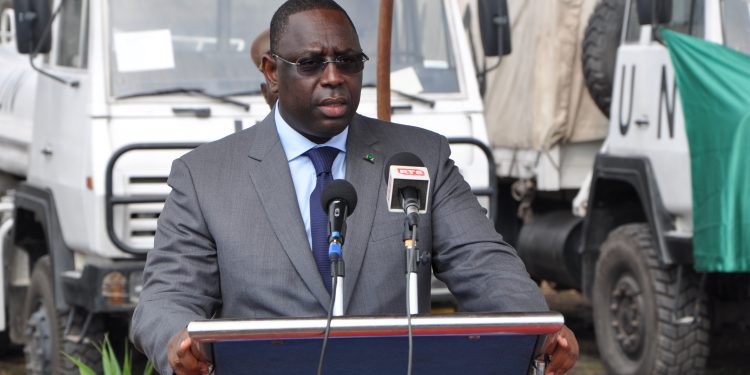 Africa’s Debt Relief and the G20 Debate, why Senegalese President Macky Sall is right in his quest

While African countries are aiming to flatten the curve, Africa's debt relief continues to present a matter of contention among the G20.

by Opinion
in Countries, Opinion
0
Share on FacebookShare on LinkedIn

“Flatten the curve.” Do you remember that phrase? It was on everyone’s lips back in the spring, when the novel coronavirus (COVID-19) pandemic began rampaging across the world in earnest.

At the time, the idea was that the best way to combat the germ known as SARS CoV-2 was to go home and stay there long enough for hospitals, clinics, and other medical facilities to build up the capacity needed to handle the expected flood of new patients. Most of us expected that this departure from routine would be a temporary thing. We hoped it wouldn’t last long — that we’d be able to return to our normal routines after a brief disruption, with confidence that all necessary safeguards were in place.

Of course, it didn’t turn out that way. We spent far more time than we expected sheltering in place, unable to visit friends and family, attend school, or go to work in the usual manner. Many of us lost our jobs and saw our businesses fail, and the cumulative result of all these individual disasters was that the global economy took a sharp downward turn.

We Still Need To ‘Flatten the Curve’ … But How?

Along the way, of course, we’ve learned quite a bit more about SARS CoV-2 — how it makes people sick, how to treat it more effectively, what kind of resources our medical providers need most, and so on. But we’ve also stopped talking about “flattening the curve.” Even in places where hospitals and clinics have been able to build up their stocks of personal protective equipment (PPE), ventilators, and other necessities, we’ve moved on to other topics.

In my view, this is a mistake. I’d like to explain why I think so.

It’s not because our understanding of the virus has changed over time.

It’s not because we’ve seen infection rates rise after the lifting of lockdown orders.

It’s not because we don’t have a vaccine yet.

It’s not because the idea of “flattening the curve” seems callous when more than 900,000 people out the nearly 28 million infected around the world have already died of COVID-19.

It’s because we need to rethink the idea of what “flattening the curve” means. And I believe President Macky Sall’s call for African debt relief is a good place to start that rethinking.

First, let’s look at what President Sall has to say.

In late August, the Senegalese leader urged members of the G20 group of countries to continue helping African nations balance their obligations to creditors with their obligations to their own citizens in the face of a deadly pandemic. Speaking to a group of business leaders at the French Entrepreneurs’ Conference, he noted that the group had taken up his call for a moratorium on the collection of debt from impoverished countries in Africa and elsewhere in April. He suggested that this moratorium be extended into 2021 rather than allowed to expire at the end of 2020.

“For the most part, and for all African countries, internal efforts will not be enough to lessen the shock of COVID and revive economic growth,” he said. “We need more financial capacity, which is why, with other colleagues, I have made a plea for substantial relief of Africa’s public debt and private debt on terms to be agreed upon.”

What the President’s Words Mean

Sall’s statements reflect the fact that the emergence of SARS CoV-2 was not a one-off event that sparked a short-term crisis, but rather the start of a struggle that will take a long time to resolve. They recognize that the outbreak is likely to be a drag on the world economy for years to come — and that the countries battling COVID-19 outbreaks need time to build up their capacity to fight back.

What’s more, the president’s words advance the idea that African states will be in a better position to meet their financial obligations in the future if they take the time and the trouble to address the public health situation first. Indeed, he made a point of stressing that Africa takes its financial commitments seriously since he mentioned debt relief and not debt forgiveness. (He also suggested that members of the G20 group offer debtors the same kind of breathing room they have granted themselves, such as temporary exemption from rules limiting debt to 3% of GDP or less.)

In other words, Sall is asking the G20 group to give Africa time and space to flatten the curve. He may not have used those exact words, but that appears to be his goal. He is hoping creditors will agree to suspend business as usual so that African states can build up their capacity for economic growth, just as regular citizens of many countries around the world agreed to disrupt their usual routines of work and school and leisure activities so that hospitals could build up their capacity for patient care.

Sall also understands that this flattening of the economic curve is not a simple process. He knows it will take more than one round of deferred payments to compensate for the economic consequences of the pandemic, and that is why he has now asked the G20 to extend the debt moratorium, which was originally due to expire at the end of 2020, into next year.

Compensating for the Setbacks of the Last Six Months

And make no mistake: Africa needs that extra time. The continent has suffered enormously over the last six months.

On the economic front, the pandemic has triggered a global recession that has caused millions of salaried African workers to lose their jobs. Meanwhile, many more millions have seen their livelihoods dwindle or disappear because restrictions on movement have stifled the informal sector and forced the closure of small businesses. Additionally, the continent has experienced shortages of fuel and other essential goods as a result of disruptions in the supply chain.

Some parts of Africa have also weathered political disruptions. Mali suffered a coup in mid-August, following more than two months of anti-government demonstrations. Libya’s civil war, pitting the UN-backed Government of National Accord (GNA) in Tripoli against Khalifa Haftar’s Libyan National Army (LNA), has continued to grind on, effectively crippling the country’s lucrative oil industry. Investors in liquefied natural gas (LNG) projects in Mozambique have grown more nervous since a militia with ties to the Islamic State group, also known as Daesh, seized control of a key port in Cabo Delgado state.

Under other circumstances, African fossil fuel producers might have been able to use their reserves to help build up the cash needed to cope with the consequences of COVID-19. After all, as I explained in my latest book, Billions at Play: The Future of African Energy and Doing Deals, the oil and gas industry has the potential to serve as a springboard, amplifying and accelerating economic growth. It can create opportunities for economic diversification and — through petroleum companies’ research and investments — helped pave the way to the creation of a renewable energy sector.

Unfortunately, though, world oil prices crashed earlier this year, partly because of the competition between Russia and Saudi Arabia for market share and partly because the pandemic undercut energy demand. Prices hit historic lows in late April. And since they have yet to recover completely, African producers will need more than oil and gas to compensate for the setbacks they have experienced this year.

That’s where debt relief comes in.

Debt relief will help African states weather the storms caused by the pandemic.

Debt relief will help African states take the steps needed to help people go back to work or build up their businesses.

Debt relief will help African states make up for the sharp decline in oil and gas revenues and begin building renewable energy sectors.

Debt relief is necessary to flatten the curve. It’s what will give Africa time and space to start carving out a path towards recovery — to take the steps necessary to bring new investment to the oil and gas industry, to build Africa’s sustainable energy sector, to expand the business and residential consumers’ access to electric power, to revive small businesses, to promote innovation and entrepreneurship, to foster job creation, and to remove red tape and regulatory obstacles.

Senegal’s president understands this — and I hope the leaders of the G20 group’s members do, too. I hope they can see how reasonable it is for impoverished countries in Africa and other regions to ask for what they need to flatten the curve.

But I’d also like to take it a step further. I’m going to ask for more.

I’m going to suggest that members of the G20 group agree to forego payments from African debtors — specifically, from eligible African debtors. And by eligible debtors, I mean countries that commit themselves to a forward-looking agenda that includes wide-ranging and market-oriented reforms, as well as safeguards for economic freedom, good governance, free trade, and investment in education.

All of these points are in line with the ideals that have helped most G20 member states achieve so much with respect to economic growth. What’s more, they are exactly the sort of things that African states ought to do in order to maximize their chances of building up the momentum lost as a result of the pandemic — and to extend their recovery far into the future, beyond the point when vaccines, cures, and more effective treatments remove the threat of COVID-19.

I hope that G20 lenders to Africa will see it my way. I hope they will agree to help Africa do as much as it can to flatten the curve.

NJ Ayuk is the CEO of Centurion Law Group and the Executive Chairman of the African Energy Chamber. His experience negotiating oil and gas deals has given him an expert’s grasp of Africa’s energy landscape. He is the author of “Billions at Play: The Future of African Energy and doing deals.”