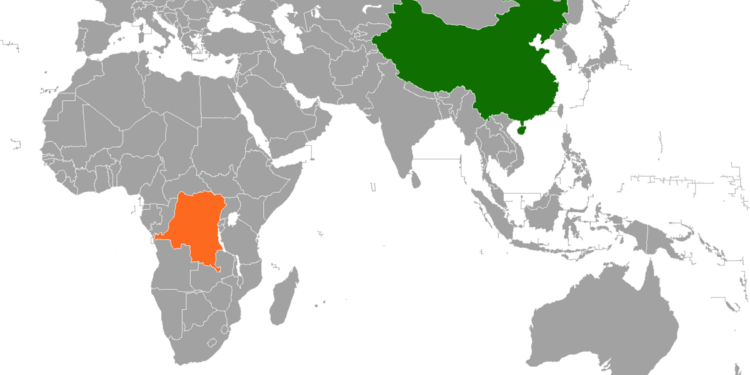 Chinese President Xi Jinping on Monday agreed in principle to a restructuring of Congo’s vast debts, an issue that was blocking negotiations with the International Monetary Fund, a minister said.

Acknowledging this Congolese Prime Minister Anatole Collinet Makosso on moday June 21 said that the financial difficulties his country has faced, delayed servicing of the debt and promised to reduce a debt that has recently increased.

The prime minister says the health crisis brought about by the Covid-19 led to an increase in borrowing that was aimed at cushioning its citizen without the ability to service it and thus it was time to make their debt sustainable going forward.

“Our debt currently stands at nearly $10,892,454,000 as of 31 December 2020, or 98% of GDP. Our objective is to bring it down to below the CEMAC community standard set at 70% of GDP,” Anatole Collinet Makosso said to the National Assembly in capital city Brazzaville.

“This restructuring is to allow the country to have a few more resources to deal with its own internal needs and to lift this obstacle to good relations with the IMF.”

Andely said experts from both the Chinese and Congolese sides would be charged with fixing the conditions of the new agreement.

This is Congo-Brazzaville’s second bailout from China in about two years, after Beijing in 2019 restructured its debt and helped to unlock US$449 million from the IMF. But only US$45 million was disbursed before the IMF suspended payments and the country’s debt situation has worsened since last year because of the pandemic and a slump in oil prices. However Congo’s debt was since then assessed at 110% of the Gross Domestic Product (GDP), forcing the IMF to consider the country’s economy as “unsustainable”.

Congo-Brazzaville  the third-largest crude oil producer in Sub-Saharan Africa, after Nigeria and Angola has seen its debt rise to 110 per cent of its gross domestic product, a level the IMF has said is unsustainable.

China holds more than a third of the nation’s debt, which stands at about US$9 billion. Since 2017, Brazzaville has been trying to get financing to revive its economy from the IMF, which demanded a restructure of its Chinese loans as a precondition for a three-year extended credit facility programme.

In its report last year on the Republic of Congo, the IMF said that, despite the 2019 debt restructuring agreement with China, “external public debt remains unsustainable with the net present value of external debt in per cent of GDP projected to remain above the indicative threshold in the medium term”.

Congo-Brazzaville’s troubles can be traced to mid-2014 when crude oil prices fell from a high of US$100 per barrel to as low as US$30. Oil sales account for more than 70 per cent of its revenues.

Debt levels rose to 118 per cent of Congo-Brazzaville’s annual economic output by 2017. With a deep hole in the country’s finances, it was China that stepped in to help. According to the IMF, China has historically provided the bulk of the central African country’s external financing

While many African countries acknowledge China’s role in critical areas, like infrastructure development and peacekeeping operations, some have become wary of potential downsides of dependency, dumping, security arrangements that compromise human rights, and onerous debt. Increasingly, Chinese involvement is being evaluated within the context of the roles, activities, and relative costs of opportunities provided by other development partners. Consequently, in Africa, any analysis of the implications of Chinese engagements must include a broader discussion of other external partners.