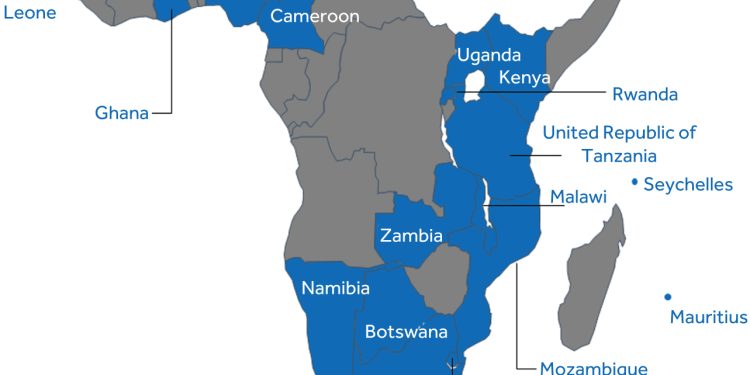 Commonwealth: An enabler or hindrance to Africa’s economic growth?

The commonwealth has enabled growth by increasing duty-free and quota-free (DFQF) market-access opportunities granted from both developed and developing countries.

The Commonwealth is a 56-nation club representing some 2.5 billion people worldwide. It is made up mostly of former British colonies from Africa, the Caribbean and Americas, Europe, Asia, and the Pacific.

Every two years, the nation heads meet at the Commonwealth Wealth Heads of Government Meeting (CHOGM) to reaffirm shared values, agree on actions and policies to improve the lives of all Commonwealth citizens and tackle common challenges for the well-being of future generations.

Since 1971, 24 meetings have been hosted by different member countries on a rotational basis, with the most recent CHOGM meeting being held in Kigali in June 2022.

The Commonwealth is often ridiculed as more of a show-off during its bi-annual summits, with little implementation coming out of the workshops.

However, Dr Anthony Maruping, Permanent Representative of Lesotho to the World Trade Organisation, says that The Commonwealth has played a critical role in the development of its member countries. In particular, he points to the critical role that foreign aid has played in this development.

But even with the assistance, the problem lies in the way foreign aid is used. Dr Maruping argues for enhanced African ownership of the development assistance.

“Paris Principles on aid effectiveness should be honoured to enable Africans to take the lead and control their development process,” he notes.

Trade facilitation in Africa is particularly critical for landlocked countries, and a broader view should be taken to include all aspects of facilitating trade. 33 of the 49 least-developed countries are in Africa; many of these are landlocked and resource-rich post-conflict countries, while others are small states – hence the significance of regional economic groupings to enhance the size of their domestic markets.

However, Africa’s export trade has been growing mostly as raw materials and natural resources. The services trade has also grown. Most of the current investment flows into Africa are mainly in extraction activities, and the challenge is for Africa to sustain and increase productive and beneficial investment. The commonwealth has enabled growth by increasing duty-free and quota-free (DFQF) market-access opportunities granted from both developed and developing countries. However, Africa’s ability to exploit these trading opportunities is hampered by other hurdles, including non-tariff barriers, rules of origin, etc., preventing such opportunities from translating into meaningful benefits.

Private sector participation has also been minimal, with engagements at the government level so far. The involvement of the private sector would help address some of the challenges faced.

It is critical to increasing investment in trade-supportive infrastructure (including energy, transport, and communication) and also trade-facilitating institutions (including standards and quality management) to enable Africa to produce exports in the quantities, value and quality required in the market. However, increased support is critical both from traditional partners and emerging developing countries that have shown an active interest in the development of physical infrastructure.

There has also been no articulated and coherent regional strategy for harnessing and managing partnerships with emerging developing countries.

Africa is considered largely the main source of natural resources needed to support and sustain the economic growth of developed and emerging developing countries, and, as noted above, the engagement is often concentrated in a few countries, particularly where they have strategic interests.

African countries do not have adequate capacity to engage emerging developing economies individually.

According to Aileen Kwa, Coordinator, Trade for Development Programme, South Centre, one of the Commonwealth’s mission is to reduce poverty in its member countries, especially the developing ones.

But looking, the poverty levels in Africa have been high over the last 30 years, at 74 per cent and 73 per cent in 1981 and 2005, respectively, despite policy reforms undertaken over that period. When translated into absolute numbers, the number of people living on less than US$ 2 per day increased from 295 million in 1981 to about 556 million in 2005.

This, she attributes partly to structural adjustment policies, agreed upon by the Commonwealth, that emphasized more liberal policy regimes through tariff reduction, market-opening, and reduced support to productive sectors like agriculture and public investment.

Given that agriculture remains the major employing sector in Africa, greater and careful consideration is needed to adjust tariff and trade policy to support the growth of domestic production.

Also Read: Sectors to reap most from CHOGM 2022 summit