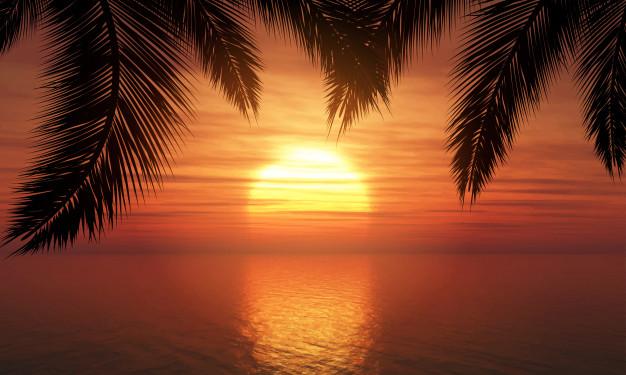 However, it was not just the COVID-19 situation that devastated the region; poor agricultural production, locust infestation, floods and political tensions and elections have had a negative effect on the economy.

by Kimani Chege
in East Africa
0
Share on FacebookShare on LinkedIn
When the year 2020 started, there was little time for countries across the globe to work on their plans, as the COVID-19 pandemic emerged as soon as the year began. However, the effects of the virus were not felt until March devastating economies and leaving nothing to chance. East Africa has seen revision of economic growth as key indicators showed poor performance. Just like elsewhere globally, the stock markets dipped to extreme depths, national incomes from tourism and related economies returned their worst showing, and the health system was pushed beyond limits.

However, it was not just the COVID-19 situation that devastated the region; poor agricultural production, locust infestation, floods and political tensions and elections have had a negative effect on the economy.

With the ongoing La Nina phenomenon, rains across the regions have been delayed raising fears of inflation as food prices are expected to rise. The issue of locusts has also refused to go away with the insects still ravaging parts of Kenya.

Tanzania and Burundi have concluded an election period with little repercussions while Uganda has seen tense political times as the country prepares for next year’s election. Kenya has also been on “unofficial campaign” as it gears up on amending its constitution ahead of the next general election.

The financial as well as money markets have been on a free fall with major currencies in the region falling to unprecedented levels against international dominance currencies like the Euro and the dollar.

Kenya: A mixed bag of misery

Kenya’s economy continues to show significant drop in growth compared to other regional economies. With a spiraling debt, a poor credit rating, a smoldering political scene and rampant corruption, there is very little to celebrate 2020 for the country’s citizens. The situation has been made worse by the COVID-19 crisis with almost 90,000 cases reported and over a thousand dead over the year. This is the highest in the East African region. Consequently, the pandemic has shut down Kenya’s thriving tourism sector as well as its hospitality industry more than any other country’s in the region.

In the first half of 2020, according to Statista 45 percent of tourism businesses in Kenya estimated a revenue loss of above KShs2.5 million (US$27.7 thousand), as an effect of the coronavirus pandemic. Roughly 23 percent indicated losing from KShs500 thousand (US$4,500) to KShs1 million (US$9,000).

This does not include loss of business for companies and individuals who are part of the tourism chain like curio makers, hotel suppliers, professionals serving the industry and aviation.

The country is also struggling with its wage bill as well as the runaway debt that has weighed heavily on its citizens. Kenya spends nearly half of her revenue on salaries with the wage bill as a percentage of gross domestic product (GDP) standing at 7.9% in 2018-19. What is not paid as salaries is shipped out to service local and international debts.

As of the end of June 2020, Kenya’s total debt stock stood at KShs6.7 Trillion ($62 billion), equivalent to about 66% of our total national wealth, as estimated by the GDP.  The figure has since risen to over KShs7 Trillion, a roughly KShs1 Trillion addition per year for 2020 according to data from the National Treasury and the Central Bank of Kenya.

Between March and August 2020, an estimated Kshs800 billion was added to the stock of loans translating into an 18.3% growth.

The composition of Kenya’s debt has significantly changed through increased borrowing from external commercial sources such as Eurobonds and, more recently, from taking on syndicated loans from commercial banks. At the same time, however, the share of borrowing from multilateral lenders – i.e., institutions that provide financial assistance through loans or grants to support economic and social development – such as the World Bank and the African Development Bank has reduced significantly.

The significant accumulation of debt has coincided with the new credit lines from Kenya’s development partners with the facilities meant to cushion the economy against the adverse effects of the pandemic. For instance, Kenya booked Kshs81.3 billion ($749 million) from the International Monetary Fund Rapid Credit Facility and Kshs108.5 billion ($1 billion) from the World Bank Development Policy Operations.

The market capitalisation of the Nairobi Securities Exchange for the six months period to June 16, 2020 stood at $22.1 billion compared with DSE, USE and RSE whose value of listed shares stood at $6.5 billion, $5.1 billion and $3.52 billion respectively.

Tanzania: Accusation of data tampering, and the start of Magufuli’s second term

October 2020 saw Tanzania emerge from a sustained electioneering period with victory for President John Magufuli. While not many expected a different result, the win cemented the policies that the president has been pushing for the last five years. The president has been keen on improving the hold citizens have on the economy reducing significant sway held by foreigners especially in the mining industry. He has also pushed for a strong campaign against corruption and public plunder, a factor that has earned him enemies and praise in equal measures.  However, it is his stand on COVID-19 that raised major debate with Magufuli insisting the disease was no longer present in Tanzania and stopping daily updates from the ministry of health.

It is Magufuli’s second term that will however be of chief interest for Tanzanians and international communities alike. Most of 2020 saw the country face major accusations of tampering with national data, providing half-truths and not conforming to global data statistics rules.

While Sub-Saharan Africa’s economy was projected to shrink by 3.2% in 2020, Tanzania forecasted a GDP growth of 5.5%, making it one of the world’s star economies. This projection is quite different to the World Bank’s predictions of 2.5% growth in 2020. In August Moody’s downgraded Tanzania’s foreign and local currency issuer rating from B1 to B2, although the outlook was changed from negative to stable.

There is also a sentiment that the data Tanzania used to get a raise from a lower income country to a middle income one five years ahead of projected time might have had a problem, according to a report by UK–based The Economist.

The 2015 Statistics Act criminalizes the publication of statistics without state approval. This politicization of data was criticized by many, including the World Bank, which warned that it would undermine the reliability and dissemination of factual information.

Tanzania is also leading a World Bank supported project to form a single stock market with Uganda and Rwanda by end of 2020. The EAC Capital Markets Infrastructure project is part of the World Bank’s $26.18 million project which was approved in March 2011 to lay a foundation for the financial sector integration among the EAC member states ahead of the implementation of a single currency regime whose initial 2024 deadline is a subject of review.

The Tanzania All Share Index DSEI decreased 263 points or 12.74% since the beginning of 2020, according to trading on a contract for difference that tracks this benchmark index from Tanzania. The index includes all stocks listed on the Dar es Salaam Stock Exchange.

Uganda has had a tough 2020 with rising cases of COVID-19, a poor economic outlook and spiraling political tension as the country gears up for a general election.

Uganda’s real GDP in 2020 is projected to be between 0.4% and 1.7% compared to 5.6% in 2019. Exports, tourism, remittances, foreign direct investment and portfolio flows shrunk during the second half of FY20 due to international trade disruptions and restrictions of movement of people.

Bank of Uganda (BoU) attributed the contraction to the drop in Foreign Direct Investment, remittances and exports. The IMF is projecting that this could drop to $500 million (UShs1.8 trillion) in 2020 to 2021.

Fitch Ratings has revised the long-term attractiveness of Uganda’s treasury bills and bonds, also termed Uganda’s Long-Term Foreign-Currency Issuer Default Rating (IDR) to Negative from Stable and affirmed the IDR at ‘B+’.

With the emergence of COVID-19, a survival test conducted by BoU early in the year portrayed a banking sector holding onto a straw. More than half of Uganda’s commercial banks would have collapsed if the Central Bank had enforced a three-month customer loans repayments holiday at the onset of the pandemic.

Uganda has an estimated 4.5 million retail bank clients, many of which comprise individuals holding multiple accounts. Small and medium enterprises account for about 20-30% of the Ugandan banking clientele pool, according to past data published by Financial Sector Deepening Uganda and other research institutions.

Rwanda was anticipating a major harvest from the Commonwealth Heads of Government Meeting (CHOGM) which was planned for June, adding to its ever-expanding portfolio of international meetings and conferences. However, due to the effects of the pandemic, President Paul Kagame while announcing postponement observed that each commonwealth country would be focused on a COVID-19 solution. Though CHOGM is slated for next year, Rwanda counted this as a missed opportunity to position itself as a major conferencing destination.

The country has invested heavily in infrastructure, such as building inter-city roads, renovating Kigali International Airport, facilitating the construction of five-star hotels and the signing of a deal to build Bugesera Airport that is expected to handle 4.5 million passengers annually, seven times the current traffic.

It is not just conferencing that Rwanda is achieving. It plans to make Kigali the financial capital of Africa with key investments and agreements signed. The Kigali International Financial Centre is intended to be a world-class financial hub, designed to promote inward investment and the creation of thousands of highly skilled financial sector jobs for the benefit of Rwanda and the African continent.

The finance centre is modelled on Luxembourg and Singapore in the way it will provide a wide range of services for both regional and international clients. Rwanda is also moving to increase the size and mobility of Kigali to accommodate more people. The government in later 2020 launched a new city master plan to be implemented from 2020 up to 2050.  The plan introduces a flexible and incremental approach to city development as it seeks to accommodate 3.8 million people in 2050 from the current 1.6 million.

Is Integration the Solution to Africa’s Stock Exchanges?