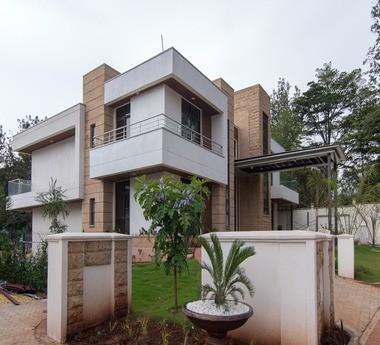 An estimated 38,402,400 or 22% of all people living in East African Community (EAC) countries feel insecure about their rights to their primary home or land.

by Indicator
in East Africa
0
Share on FacebookShare on LinkedIn

Property rights are the basic foundation of capitalism, trade, and investment.  There is land underneath each of our feet that is cultivated by industries such as agriculture, construction, banking and dozens more.

An estimated 38,402,400 or 22% of all people living in East African Community (EAC) countries feel insecure about their rights to their primary home or land.  This is according to a recent study of 140 countries by Prindex, an organization focused on helping to increase property rights for citizens around the world.

What do you mean by insecure property rights?

Despite what laws or legislation is on the books of a country, insecurity around property rights of land is defined as people’s perception of the likelihood of losing their property against their will within the next five years.

Loss of property could be due to political influence, government expropriation, issues with customary authorities, lack of money to pay requisite taxes or fees, or other issues.

Subsequently feelings of security in one’s property rights increase consumer and investment confidence which in aggregate can have dramatic effects on value and wealth creation.

World renowned economist Hernando de Soto has illustrated that the 5.3 billion people without formal property rights own “dead capital” which cannot be used to generate income or growth and that appropriate titles and registrations would unlock US$9.3 trillion in assets for investment and consumption of goods and services.

To illustrate further, a small farmer in East Africa without official land title cannot easily or affordably get a loan for fertilizer inputs due to lack of collateral and thus his crops are only able to produce a fraction of their potential.  This lost potential means the farmer earns less money, is unable to buy health services or pay school fees for his children which results in negative health or education outcomes.

A virtuous circle occurs if the farmer has clean title and collateral to offer.  Financial products can serve the farmer to buy fertilizer, generate higher volume and quality of farm outputs, receive higher revenue for the outputs, and use the money for consumption and investment in farm, family and livelihood improvements.  The producers of each of these financial, health, education, and livelihood products also benefit from increases in income from new customers.

Multiply this example farmer by each person who lives or works on land in East Africa each day and the growth potential rapidly becomes exponential on a regional level increasing prosperity for hundreds of millions of people.

Which EAC country has the most and which the least property rights insecurity?

Rwanda has by far the lowest insecurity on property rights at 7% and therefore the highest level of security in property rights in the EAC.  The next closest is Tanzania with 20% of people feeling insecure about losing their primary property followed by Uganda at 25% and Kenya at the bottom at 26%.

How does property insecurity in the EAC compare to elsewhere in the world?

The base figure of 22% insecurity in the EAC is better than other parts of Sub-Saharan Africa which has a weighted average of 24% and the Middle East & North Africa at 25% but far less than Europe whose11% citizens are insecure about their property rights.

EAC’s positive outlier, Rwanda, is the best throughout all of Africa and performs better in property rights perceptions than the US (13%), the UK (11%), Netherlands (8%), and equivalent to Denmark (7%), but trails the world leaders Singapore at (3%) and Turkmenistan (2%).

Is property insecurity in the EAC likely to increase or decrease?

Hopefully it will increase due to the increased attention on this issue by various players in the long-term.  That said, there is limited certainty and high dependency on political will and priorities of lawmakers and leaders.

What is being done to encourage property rights security in the EAC?

The EAC largely leaves property rights reforms to the determination of its member states with the most active being Rwanda and Kenya.

Between 2012 and 2017 Rwanda recorded and distributed 10.4 million land parcel titles to owners in the country and saw the relevant component in the World Bank’s Ease of Doing Business Index jump from 61st place to 4th place globally.  Since then Rwanda has provided multiple transparent online tools and masterplans for Kigali, its capital city, in 2020.

In Kenya the Community Land Act was adopted in September 2016 to assist in the recognition of informal land rights, but implementation has not to date received sufficient allocation of resources to deliver on its potential.

Development agencies including USAID’s Land Links seek to track the development of land reform activities in EAC countries and across the world.

How can I learn more about initiatives to support security of property rights in the EAC?

David L. Ross is Managing Director of Stratera Capital, Founding Manager of the Industry Innovation Lab at Carnegie Mellon University Africa, and US Ambassador to the Open University of Tanzania.  He is active in growing companies in Eastern and Southern Africa through primary investment, investment advisory, strategic partnerships, and executive education. Connect on LinkedIn at http://www.linkedin.com/in/davidlross1 or at [email protected]