Tanzania has remained vigilitant and undetered during the COVID-19 pandemic, and it is currently rolling in plan to reopen it;s tourism and air travel industry 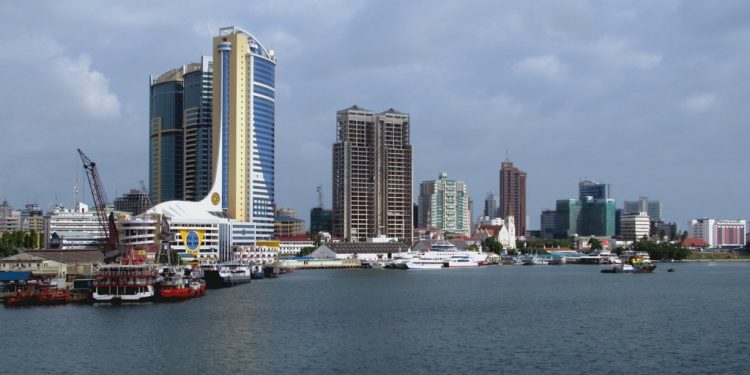 The central bank of Tanzania’s (BoT) monthly economic edition of April 2020, has indicated that the impact of the coronavirus (COVID-19) on the economy became visible in March and April 2020 as Tanzania’s trade partners intensified the limit to spread of the virus.

According to the report, inflation rate remained low amidst the economic challenges caused the virus containment measures adopted to limit the spread of the COVID-19. The overall inflation remained low to 3.4 per cent in March 2020 from 3.7 per cent in February 2020.

The decrease was driven by both food and non-food inflation, hence—the report argued that “the latter having a significant impact because of large weight in the consumer basket”

The edition noted that, on the month to month overall prices rose by 1.1 per cent in March 2020 compared to 1.4 per cent in the same month last year.

“Headline inflation is projected to remain below the medium-term target of 5.0 per cent in 2020, owing to expected bumper harvests in 2019/20 crop-season and subdued demand pressure for consumer goods owing to the impact of COVID-19.”

The report also indicated a drop in food and beverages prices for the year ending in March 2020.

Further, as the world is on lockdown, the central bank’s report indicated that “annual non-food inflation decreased to 2.2 per cent in March 2020 from 2.4 per cent in the previous month, partly due to decline in prices of some consumer goods, notably gas, cooking stove, air conditioners and jewelleries.

In addition, the stock of food in the country which is typically held by the National Food Reserve Agency (NFRA), private traders and households were to somewhat low. The food stocks ordinarily comprise of food produced locally.

In March 2020 food stocks held by NFRA, comprising of maize only, amounted to 39,597 tonnes from 41,231 tonnes in the preceding month, nearly two times less the amount held in the corresponding month in 2019.

As Tanzania anticipates to restart its economy after being satisfied with the trend of the virus, the April report also had some insights towards the trend of exports. Thus, the virus was also noted to be a factor in the decrease in performance.

However, exports performance was lower when compared with $802.3 million in February 2020, associated with relatively modest service receipts from tourism-related activities.

Further, cashew nuts—one of the top forex earning crop and sisal exports rose on account of both volume and prices effects.

“Increase in export of cotton and cloves was on account of volume, driven by good weather. Export of coffee, tea and tobacco decreased on account of both volume and price effects.,” report indicated.

Exports of non-traditional goods amounted to over $4 billion in the year ending March 2020 compared with over $3.5 billion in the corresponding period in 2019.

However, the report also showed the status of the import sector, highlighting how consumer good and intermediate goods drove imports.

Also, the importation of oil rose by 6.5 per cent which is equivalent to over $1 billion. Imports of goods and services amounted to $749.3 million in March 2020 compared with $823.1 million in the preceding month and $821.0 million in the corresponding month in 2019.

The edition noted that the decrease in import bill of goods manifested in oil imports as the available stock was adequate, together with a decline in prices in the world market.

Other portion of the economy

According to the report, the external sector of the economy is expected to experience challenges induced by COVID-19, particularly in 2020.

However, on Tanzania’s the current account deficit improvement has been indicated, whereby $919.3 million has been recorded in the year ending March 2020 from a deficit of $1.6 billion in the year to March 2019.

The central bank noted that “Nevertheless, in March 2020, services receipts, which includes earnings from tourism, declined by 26.4 per cent to $ 232.4 million, partly due to decline in tourist arrivals associated with measures adopted to limit the spread of COVID-19”

On the state of foreign reserves, the central bank’s report showed that gross official foreign reserves remained adequate, amounting to over $ 5.4million at the end of March 2020 from over $ 4.6 billion in the corresponding period in 2019.

“The reserves declined by $ 121.0 million from the end of February 2020 but was still sufficient to cover about 6.2 months of projected imports of goods and services, excluding foreign direct investment-related imports. Meanwhile, banks maintained a sizeable level of foreign assets, amounting to $ 1,022.1 million from $1,041.8 million in March 2019 and $1018.6 million in February 2020” read the report in part.

Debt relief, a trap within a trap