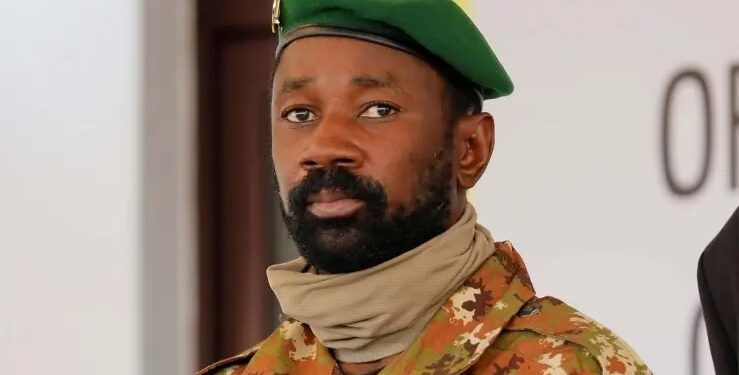 • Mali military ruler, President Asimi Goita. He is under pressure to have the elections on February 27 as initially planned. [Photo/celebritygig.com]

ECOWAS threatens further measures and penalties if the country does not meet the February election deadline despite the military rule of President Asimi Goita, requesting a postponement by 5 years.

by Joseph Kangethe
in Countries, Mali, Mali
0
Share on FacebookShare on LinkedIn

Mali faces a possible suspension from the Economic Community of West African States (ECOWAS) if the transitional government fails to hand over power democratically through an election to the next government by February 27, 2022.

The West African trading bloc has already held two extraordinary summits to try and resolve the indecision and lack of ambition by the current administration in the country to hold an election. The bloc holds the third summit in Mali on January 9.

ECOWAS is pushing for Mali to hold elections latest February 27 as initially planned, despite the military rule of President Asimi Goita, requesting a postponement of the election by five years to 2026.

Read: Opportunities for investing in Mali

Ghana’s foreign minister, Shirley Ayorkor Botchwey, had said after the first extraordinary summit by ECOWAS that the suspension from the trading bloc would take immediate effect at the end of February if the country failed to hand over power to a democratically elected government.

Downsides of Mali’s Suspension from ECOWAS

The main objective of the bloc is to promote economic interdependence and cooperation among member states to raise the living standards and encourage economic development.

Exportation in Mali is already feeling the pressure of the political instability in the country. Exports reduced from CFA552.39 billion in the first quarter of 2021 to CFA495.87 billion in the second quarter.

Mali lists among the poorest nations in the world. According to the 2021 Index of Economic Freedom, the absence of property protection rights and a transparent and honest judicial system, and a higher degree of corruption tolerance makes it impossible to achieve greater economic freedom in the country.

A suspension from ECOWAS means having physical, financial, economic, and transactional blocks between Mali and the bloc’s member states, which would have devastating effects s to the Malian population.

ECOWAS, which has already imposed financial and travel sanctions on members of the military government of Mali, threatens further measures and penalties if the country does not meet the February election deadline.

This week, ECOWAS had sent a mediator, Goodluck Jonathan, to deliver the bloc’s stand on political instability and elections ahead of a third summit held on Sunday.

The former Nigerian President met with President Assimi Goita together with other officials from the transitional government who spent hours in the presidential palace in Mali.

Jonathan, however, did not give a clear message after the meeting.

“The critical thing is that we have been properly briefed. We will convey that (the briefing) to the authorities and head of state and the government of the ECOWAS community,” Jonathan said.

The current Malian government has, on a few occasions, rubbed shoulders with the ECOWAS administration.

In the first summit held on May 30, 2021, ECOWAS appeared to have a protocol for a suspension of Mali from the bloc, but they halted the idea at the time.

The final declaration of the summit called for the appointment of a new civilian prime minister and the formation of an inclusive government.

They later detained them and had released a statement a week after that the two had resigned.

Kalilou Sidibé, a professor of political science and international relations at the University of Bamako, says that if ECOWAS continues to push for elections, the Mali government might take action, and the crisis in the country could continue.

Professor Kalilou says that deliberation talks are the best way out for the two parties to arrive at a conclusion.

Read: Russia extending its sphere of influence in Africa’s Sahel(Opens in a new browser tab)