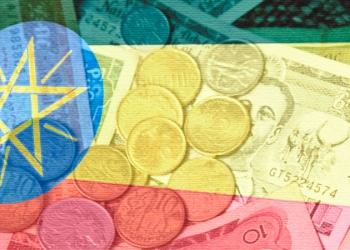 Well not quite but you get the idea.  Actually, the US100 dollar bill that is used today came into circulation on July 13, 1969 and as of December 2018, the average life of a $100 bill in circulation is approximately 30 years before it is replaced due to wear.

by Giza Mdoe
in Countries, Ethiopia
0
Share on FacebookShare on LinkedIn

Consider this, the first US 100 dollar bill note was issued in 1862 and the version that you know now, the Federal Reserve note featuring the US founding Father Benjamin Franklin on the foreside,  was actually launched in 1914. This means that if your great, great, great grandfather happened to bury a chest full of US100 dollar bills since then, you could still today unearth it and the bill would be accepted as legal tender i.e. the same bill note is still in circulation today.

Well not quite but you get the idea.  Actually, the US100 dollar bill that is used today came into circulation on July 13, 1969 and as of December 2018, the average life of a $100 bill in circulation is approximately 30 years before it is replaced due to wear.

Also, there have been some new security features added to the notes that would technically prevent anyone from unearthing Pablo Escobar’s 100 dollar bill treasures and spending them today. Well, not unless of course they submitted the money to the Federal Bank and were issued with the current bills in circulation.

That is what the central bank in Ethiopia has done.

Demonetization is the act of stripping a currency unit of its status as legal tender. A country can choose to get rid of current currencies in circulation by changing its national currency.  That is, the current form of money is pulled from circulation, retired and replaced with new notes or coins.

From the onset of this article you will recognize that the effect of doing so is that anyone in possession of the old currency notes will not be in a position to use them. This process stops hoarding.

Late last October, Ethiopia moved to demonetize its economy as part of the central government’s efforts to curb counterfeiting of its bank notes. The result was even more promising as some 1.3 million previously unbanked Ethiopians turned in their old bank notes—their 20 year old bank notes to be specific.

With only the new notes being accepted as a means of exchange, the old notes under the mattress and those buried in shallow graves, were rendered useless.

During the process, the National Bank of Ethiopia (NBE) issued new banknotes that it said helped to ‘save the nation from an economic crisis through improving liquidity, saving and averting financial crimes.’

“The issuance of the new currency has also helped the nation to fight financial crimes through identifying individuals involved in illicit financial flow, money laundering and black market,” reported the central bank.

The new currency comprises of new colors, symbols, and security features that are also designed to help people who have sight problems.

Coming out of the woodwork

According to the central bank, cash hoarding facilitates corruption, illegal trading and tax evasion.  As such, it is a big win for the government that so many people have surrendered their hoarded millions and have now been formalized and banked.

World Bank records indicate up until 2017, only 35% of Ethiopian adults held a bank account falling far behind their neighbours like Kenya, where the ratio is 82%.  However, thanks to the demonetization process, over the past year alone, the number of accounts in the country has increased 31% to 50.7 million.

Boasting one of the world’s largest populations (over 100 million) 50 million new accounts still represent less than half of the country. All in all, the process was significantly successful.

Kenya also did something similar in 2019; however, even though the process went smoothly, it was reported that some $68 million was never returned. Now South Sudan is also weighing the option of demonetization to curb illicit financial flows.

Nigeria has introduced a never before seen 200 Birr note which the Central Bank says serves to cut down expenses that would otherwise be incurred to print the customary 100 Birr.

However, the show stopper remains Ethiopia, where on the morning the new notes were released so many went to turn in their old cash and open bank accounts that ‘the rush of applications forced the nation’s biggest commercial lender to assign more tellers to only handle money changing at its main branch next to its headquarters in the capital, Addis Ababa,’ narrates local media.

The Commercial Bank of Ethiopia (CBE) branch gained at least 1,000 customers over the last four weeks, while many others deposited cash in accounts that had been dormant.

The initiative added $991 million to the $2.3 billion deposits that were in the country’s 19 banks at the end of March.