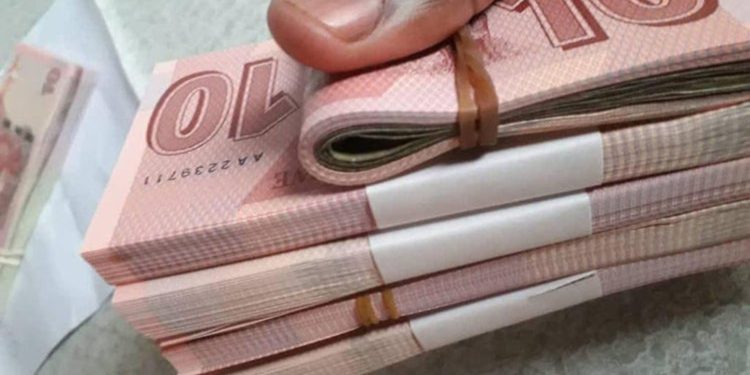 The southern African country's economy is set to grow only marginally according to a leading ratings agency.

Fitch Global Solutions has downgraded its economic growth projections for Zimbabwe in 2022.

They had previously projected that the southern African country would grow by an estimated 3.7% but went on to reduce their prediction by 2.2% to 1.5%.

The ratings agency went on to assign a risk score of 33.3 attributable to the easing of COVID restrictions and firming international commodity prices, which augur well for the country since it is a major producer of minerals and natural resources. This downgrade by the global ratings agency comes at a time with the country’s currency is in free fall compared to the United States dollar. The exchange rate of the local currency to the greenback now trades anywhere around ZWL$534, having started the year trading at ZWL$ 108.66. The currency’s precipitous fall shows no sign of respite or slowing down.

Through its monthly Africa Monitor, Southern Africa Report, Fitch advises that Zimbabwe needs to act with agency to stabilize its currency and deal with inflation if it is to improve its economic fortunes. These comments by the ratings agency do not portend good times ahead for the Zimbabwean economy.

The agency further advised that taming inflation would require a tighter monetary and fiscal policy. This is obviously not a good prognosis for the southern African country, which needs economic growth and would provide some much-needed respite for its long-suffering citizens. Zimbabwe’s economic performance highlights the importance of real economic growth and the central bank’s role in ensuring that growth happens.

The Bank of England refers to economic growth as the growth of a nation’s gross domestic product or GDP. According to the British central bank, it is a measure of the size and health of a country’s economy. Therefore, when a country’s GDP goes up, the economy is perceived to be doing well, and the opposite is true conversely. When growth falls from one quarter to the next, then it is described by economists as negative growth. When the economy contracts or shrinks for two consecutive quarters or a cumulative period of six months, then that economy is said to be in recession. The scenario is characterized by falling incomes, consumption, and job cuts. When incomes fall naturally, individuals and households have less to spend than they otherwise would.

When they don’t spend it creates a self-fulfilling and vicious cycle of economic contraction because companies no longer make as much money as they did under favourable conditions and consequently produce less.

Companies produce less in response to reduced demand, and to stay afloat some companies may even elect to lay off employees, further exacerbating the problem. Zimbabwe is an interesting case in that it has had a consistently poor-performing economy for nearly two decades. The central bank of that country two weeks ago published its monetary policy statement, which it does every six months. Economics and monetary policy in Zimbabwe are not a straightforward affair. For instance, in February 2022, when the first monetary policy statement of the year was issued, the central bank forecasted economic growth north of 7% when the IMF and World Bank projected figures in the region of 3%. This recent monetary policy statement projects the economy of Zimbabwe to grow by 4.6% compared to the initially revised projection of 5.5%. This newly revised growth rate of 4.6% has been attributed by the central bank to a poor 2021/2022 agriculture season. Agriculture has been the mainstay of the economy; however, it is fast being eclipsed by mining and construction.

Despite the government’s strong support the agriculture sector enjoys, the various interventions have largely had limited success in turning around the sector’s fortunes. The challenges in the sector are long-standing. They trace back to the fast-track land reform program that the government embarked on at the turn of the millennium. The country is largely food insecure and must rely on food aid and imports of basic goods, undermining its balance of payments position and curtailing the government’s ability to shore up the value of its free-falling currency.

To the country’s credit, it has managed to monetize its other comparative advantages, namely the abundance of natural resources. These have benefitted mining companies and producers of commodities. The strong prices of metals and other commodities have been favourable to producers of platinum group metals, gold miners, and diamond miners.

Due to the world scrapping COVID-related travel restrictions, tourism in Zimbabwe can expect a resurgence from the two years that it was dormant. In its policy statement, the central bank acknowledges the impact of the ongoing Russia-Ukraine conflict, especially its effect on food and energy. These have compounded the already existing inflationary pressures in Zimbabwe. Inflation has been a persistent problem for the Zimbabwean economy July it was reported by the central bank to be in the region of 256.9% as of July. The country needs to get its economic act together so that it can shake off its sick man of southern Africa reputation. This is very important because there are real dangers for an economy that remains characterized by low and negative growth.

Should Zimbabwe’s slow and negative GDP growth persist, companies will find it hard to grow. A persistently weak economy means there will be few economic growth opportunities. In Zimbabwe, the shrinking formal economy is in stark contrast to the burgeoning and booming informal sector.

The shrinking economy and resulting unemployment have given birth to an informal economy that has spiralled out of control. Treasury and monetary authorities have been at pains to find ways they can tax the informal sector. The informal economy is difficult, if not impossible, to absorb into the formal economy or to include in the tax pool from which the government can draw revenue.

As the formal economy shrinks, so has Zimbabwe’s effective tax revenue stream, and this problem can only be arrested and mitigated by a growing economy.

An economy characterized by slow or negative growth makes it more difficult for the government to repair its finances. This is because there is a positive relationship between a country’s tax pool and the growth of the economy. A shrinking economy brings with it the added cost of having to provide social safety nets for the vulnerable members of its society.

If the government does not cater to these members of society during times when the economy shrinks, it will invariably experience heightened levels of poverty.

Read: Zimbabwe Stock Exchange outlook in the face of dollarization