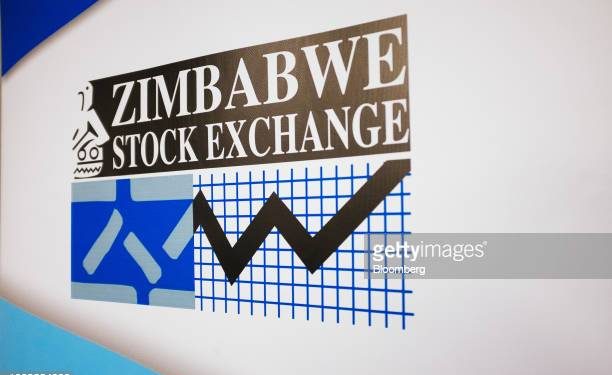 A sign sits on the wall of the Zimbabwe Stock Exchange in Harare, Zimbabwe on Tuesday, July 31, 2018. Zimbabwes main opposition party said it was well ahead in the first election of the post-Robert Mugabe era and its ready to form the next government, as unofficial results began streaming in. Photographer: Waldo Swiegers/Bloomberg via Getty Images

The government in June legalized the use of the greenback which offers price stability however, the change in the monetary regime presents risks and opportunities to investors on the local bourse

Looking at recent developments on the Zimbabwe Stock Exchange one remembers that Edmund Burke once said, “… those who do not remember history are destined to repeat it…” There are few places in the world where history tends to repeat itself more than in Zimbabwe. There are even fewer places where people do not remember history. This by extension means that the unheeded lessons from history are often painfully learned if not at all. Zimbabwe like other currencies used to have its own currency until it was first demonetized in 2009 after breaking world history in terms of inflation. The country then adopted a basket of currencies led by the United States dollar. After six years the country reintroduced a new currency in response to a shortage of hard currency; in 2016 the government of Zimbabwe took the decision to introduce a surrogate currency which it christened the bond note. The value of the surrogate currency was pegged at par with the US dollar. Three years later in June 2019, the government then banned the use of the basket of currencies it had adopted in 2009 and reintroduced the Zimbabwe dollar. This time it was christened the RTGS dollar.

The trend of dollarization did not stop. It took twelve months in 2020 at the beginning of the COVID-19 pandemic that the government then took the decision to allow what it called individuals with “free funds” to use them to transact business and to settle their obligations. This policy decision was essentially an about-turn by the government from its earlier thrust which was de-dollarization. This policy decision by government in essence reintroduced the use of the US dollars which have fast eclipsed the Zimbabwe dollar in terms of preference by both citizens and businesses. This preference for hard currency especially the US dollar is something the central bank governor, Dr. John P. Mangudya has confirmed. In June 2022, after protracted resistance, the government through the finance ministry legally reintroduced the US dollar as legal tender and a medium of exchange in Zimbabwe. It is noteworthy to mention that a week before the announcement, the finance minister had arduously defended the decision against the use of hard currency and dollarization.

These changes in monetary policies and currency reforms have all taken place in the space of less than a decade. For stakeholders in the economy both local and external, following policies in Zimbabwe can be a dizzying and confusing experience. Whenever there are changes to the currency and monetary policy or policies of a country there are direct implications of such decisions on that country’s stock market. Zimbabwe is not an exception. When the Zimbabwe dollar was first demonetized it left companies on the Zimbabwe Stock Exchange (ZSE) poorly capitalized and in need of raising fresh capital from the markets to jump-start their businesses. When the country first dollarized, this development was then followed by a flurry of rights issues on the ZSE. This is where there is both a risk and an opportunity for current investors because history is repeating itself.

In 2009 when ZSE listed companies raised fresh capital through rights issues they did so at a time when most of their existing shareholders had no means of pursuing their rights. This situation led to their interests and holdings being diluted and being reduced to almost nothing. Simply put, when companies thirteen years ago went on exercises to raise new capital, they offered shares to shareholders in hard currency. These existing shareholders did not have the hard currency to purchase newly issued shares and the result of that was that their holdings were diluted to near insignificance especially in the case of minorities. There were also reports during that period of equity offerings and rights issues being undersubscribed. This meant that companies were not able to raise the capital they were looking to raise from existing investors and had to look elsewhere including offshore.

In 2010 NMB’s shareholders reportedly gave the nod to the company’s management to raise a sum of US$10 million. NMB is a home grown banking and financial services company. At around the same time OK Zimbabwe Limited which operates one of the largest chains of grocery stores also embarked on rights issue exercise to raise US$15 million and received a convertible loan of US$5 million from Investec Asset Management’s Frontier Private Equity Fund.

These are some of the success stories of companies that were able to recapitalize their operations. However, they were not able to achieve their capital raisings without the participation of foreign investors. Other listed companies were not as successful. The decision by the monetary authorities to legally dollarize the economy and bring back the multi-currency regime has brought back the same set of circumstances to existing and prospective investors. The local currency still trades and circulates in Zimbabwe; however, the goods and services that an individual can purchase using the local currency as a means of exchange is fast dwindling. In early June the city council of the second largest city in Zimbabwe, Bulawayo announced that it would now be pegging the bills it charges residents for rates and water consumption to the US dollar. The rationale for this decision was that it could not sustain its operations using the local currencies since all vendors who are its suppliers demand payments for goods and services rendered in hard currency. The chemicals used for water treatment are not produced locally and as such must be imported. This makes the use of hard currency imperative.

The looming prospect of full-scale dollarization could spell disaster for investors on the ZSE or be a rare opportunity to acquire good quality companies on that bourse. Now in 2022 as it was in 2009, ZSE listed companies find themselves poorly capitalized in hard currency. They will need to embark of fresh rounds of equity issues to raise new capital to fund their operations. Whether the current situation is a golden opportunity or a death knell for investors will be a function of how prepared they are to ride out the economic trends in Zimbabwe.

The Zimbabwe Stock Exchange has been a bellwether for investors especially during the years 2020 and throughout 2021. During that period the Zimbabwean bourse won the coveted accolade of being Africa’s best performing market in hard currency terms. Investors who bought shares during this period were able to purchase shares in companies which even though they did not produce much their share prices had not reflected the inflationary environment. These investors rode the wave of ever-increasing share prices. The ZSE has for now reached a plateau. In fact, the market is reportedly retreating. The Business Times, a Zimbabwean business weekly reported that investors on the ZSE have lost an estimated ZWL$1.3 trillion in the last two months. The tabloid attributed this to a gloomy outlook on the economy. Analysts believe according to the tabloid that the reason for the contraction in the market is due to inconsistent government policy which make it difficult to do business in the country.

Inflation has been the enfant terrible of the economy of Zimbabwe for the greater part of the last two decades. Should the eventuality become inevitable that the economy dollarizes on a full scale as the trend has always shown, it will leave companies starved of capital in need of foreign currency to resuscitate and continue their operations. Investors who will profit from these are those who have been saving hard currency. In other words, the winning investment strategy in Zimbabwe will be to sell the local currency while buying hard currency especially the US dollar and other hard currencies. Those investors who do not pursue this strategy will find that they will not be able to pursue their rights by buying additional shares in their companies and will therefore see their holdings get diluted.