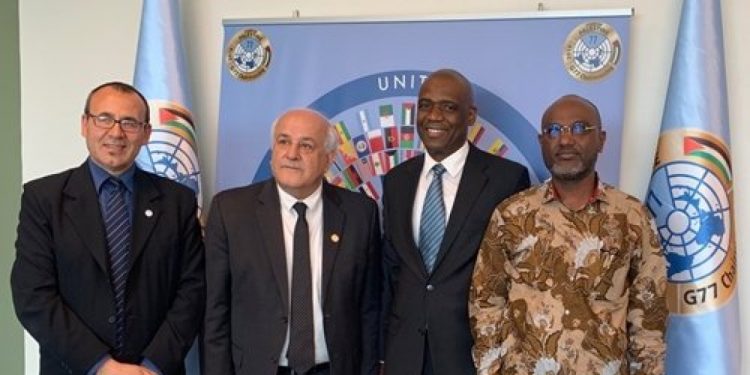 G77 summit brings together heads of state of the Group of 77 coalition and more than 300 other high-level dignitaries from the United Nations and the member states.

More than 2,000 delegates are expected to attend the G77+China summit that is to be held in Kampala Uganda between April 17-19.

In the United Nations, the G77 is the largest intergovernmental organization for developing countries. It is used as a platform to articulate and promote the countries collective economic interests and increase their joint negotiating capacity on all major international economic issues.

The coalition was initially started by 77 countries but now it has 135 member countries from Asia, Latin America, Africa and the Caribbean.

In October, last year Uganda was confirmed as the host of the summit making it the first African host for the event.

G77 summit brings together heads of state of the Group of 77 coalition and more than 300 other high-level dignitaries from the United Nations and the member states.

Speaking at the Uganda Media Center the senior advisor for communication and outreach at the G77 secretariat in New York, Ambassador Zakaria Fellah said the organisation brings together countries like India and China with large economies and those with emerging economies like many African Countries.

So that their agenda is not dismissed by others, Fellah said that they are a powerful coalition with a purpose of channelling their power into one single message. He added that they have been able to force their agenda on the United Nations through speaking as a group, which would have been possible were it to be left to individual countries.

“When we negotiate with the UN as a team, it gives us more leverage to impose our views on those nations which think that they can do without us. We want them to be our partners on equal terms,” Fellah said.

Fellah thanked the Government of Uganda for accepting to host the event, adding that the summit is an opportunity for Uganda to highlight its potential to the world.

“You need to make sure that during these three days, you take advantage and showcase the achievement your country has made. We need to make trade deals during and after the summit,” Fellah said.

“Uganda will be in the limelight of the world to boost our image as a country. Our tourism will be promoted because ambassadors will go and talk about us,” said Ambassador Alfred Nnam, the head of public diplomacy department at the Ministry of Foreign Affairs.