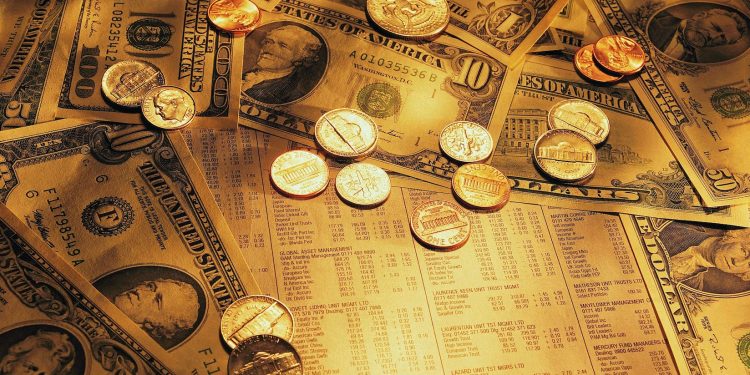 The slight dip by gold prices is related to strengthening of the U.S. dollar but it is not expected to stay down should new cases of coronavirus emerge. Photo/J.Rotbart&co

The decrease in demand for gold is associated with stabilizing of economies post Covid-19.

Gold producers and investors are happy after the mighty dollar having taken a dip owing to the resurgence of demand for gold and increasing gold prices around the world and the dollar value going down, for now.

In the most recent publication by FxStreet titled Gold Price Forecast, experts admitted that “…the US Dollar (USD) weakened, a tailwind for the yellow metal.”

However, if one thing we know about the dollar is that the green buck knows how to take punch. The dollar maybe down but it is not out as the report analysts point to the hovering market confidence in the dollar performance.

“The sentiment is upbeat, as shown by global equities trading in the green. As previously mentioned, market players are positioning for a possible Fed pivot, while economic data in the US continues to show further deterioration in the country, which, coupled with high inflation and lower bond yields, boosted gold prices.”

This is all good news for major gold producers especially in Africa because they get to gain on two fronts. First, the low dollar performance means that these countries now enjoy cheaper imports since they buy in dollars. Secondly, since gold prices are on the rise then they gold producers bank big from the price hike.

However, over the past few months, gold producers have seen profits take a hit with gold prices lowering all around the world as result of a decrease in global gold demand.

This decrease in demand for gold is associated with stabilizing of economies post Covid-19. As this paper pointed out in a recent article titled Gold price slightly down against dollar: “The slight dip by gold prices is related to strengthening of the U.S. dollar but it is  gold prices are not expected to stay down as new cases of coronavirus emerge.”

Must Read: Gold price slightly down against dollar

Economic Times points out that, “Negative investor sentiment due to a strong US dollar, and higher bond yields, gold lost its glitter throughout this year. London spot gold prices fell for the seventh consecutive month in October, shedding more than 10% since January.”

This is not good news for gold producers and part of the problem is the fact that bank rates are higher now and as a result, gold appears to be losing its shine in the eyes of the investors. To explain this, it should be remembered that during the Covid-19 era, among the major steps that were taken by economies to stabilize and strengthen their economies  is the cutting down of interest rates to allow businesses to borrow more and that way allow increased circulation of money in their economies.

As gold prices take a dip, the US dollar has been spotting a very strong come back recording ‘at a multi-decade high when it recently gained more than 17%. Now, a strong dollar has a negative effect on gold.

Simply put, “…since gold prices are quoted in US dollar, a rally in the greenback leads to a fall in gold prices,” comments Hareesh V, Head of Commodities at Geojit Financial Services.

Must Read: Just How Much Gold is Beneath the Surface in East Africa?

Even with these fact, it is feared that the value of the dollar could be pulled down if there is a rise in new cases of Covid-19 in the U.S. If that happens, then gold, the precious metal that is both a commodity and a currency, is expected to spring right back up.

There are a handful of factors that tend to push gold prices higher the least of which not been the fear of possible emergence of another wave of the global pandemic, ongoing trade war between China and the U.S., the Russia-Ukraine war etc

Either ways, countries and individual investors remain confident in gold with the World Gold Council reporting that Turkey Is the largest buyer of gold in recent years, followed by Russia, Poland, and China. These countries, one would say, are an example of investors losing confidence in the dollar because, “…the price of gold is generally inversely related to the value of the United States dollar because the metal is dollar-denominated.”

On the other hand, when the U.S. dollar experiences a rise or becomes stronger against other currencies (and stronger against gold for that matter), this brings good news to US traders but spells doom for all other countries around the world because what a strong dollar means in the global trade context is that countries have to spend more money to buy the same basket of goods.

You see, the dollar plays a central role in world trade because it is the primary currency used to do trade around the world, that is to say, when a country wants to import then they have to change their money into dollars to be able to purchase the goods they want.

That been the case, it means that to import certain goods then the importer is forced to buy the dollar and if the dollar value has gone up against the importers home currency then one is forced to spend more money (domestic currency) to buy dollars to be able to import.

This is why, when the dollar becomes strong then countries around the world fill the pinch in terms of rising cost of leaving as inflation hits them because they cannot import basic needs like fuel unless they buy dollars first.