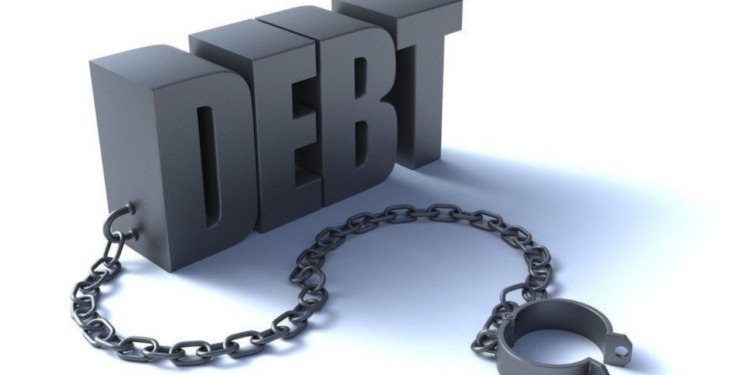 The decline in economic output brought about by certain policies and measures to curtail the COVID-19 pandemic has increased the risk of debt defaults among African countries.

This was revealed on Friday July 2, 2021 during the launch of the African Development Bank’s comprehensive five-year Strategy for Economic Governance in Africa (SEGA).

According to the document, public debts had exceeded 50% of GDP. According to AfDB,  Africa has increased its debt at a faster rate than any other region over the last decade.

The bank said that there had been a corresponding increase in the risk of debt defaults following the increase in public debt stock.

It also revealed that at least 24 African countries had applied for the Paris Club–led Debt Service Suspension Initiative.

“The risk of defaults on debt, much of which is now non-concessional, has increased. At least 24 African countries have applied for the Paris Club–led Debt Service Suspension Initiative, which would free up resources to fight the pandemic,” the bank said.

AfDB recommended that countries should focus on developing the capacity for effective debt management, as well as strengthen growth, financing instruments, and effective governance, which would be highly beneficial towards avoiding any debt crisis.

“Building the capacity for debt management becomes important, but there is also a need to revamp the nexus between growth, financing instruments, and effective governance,” it stated.

According to AfDB, doing so would ensure that reforms adopted in the context of debt suspension or restructuring are properly timed and tailored towards giving credibility back to governments on their policy actions.

“In other words, the fiscal space that ensues from debt suspension can be put to use towards public investment in strategic sectors and growth-enhancing governance reforms through fiscal consolidation are critical in this context,” the bank said in its document.

In 2013, only six African countries were considered at high risk of or in debt distress, according to the debt sustainability analysis of the International Monetary Fund.

In June 2020, the figure reached 20, and it is likely to increase as a result of fiscal pressures compounded by the COVID-19 pandemic.

Composition of debt in Africa

It added that the composition of debt in Africa had changed from less concessional debt to higher non-concessional borrowing, with more options of debt financing, which increased Africa’s debt stock, and might lead to a negative credit outlook for the continent.

The bank added that the contribution of commercial creditors to Africa’s total external debt rose from 17% in 2000 to 40% by the end of 2019.

It added that Eurobond issuance in Africa soared between 2008 and 2018. Although the change indicated growing investor confidence in debt securities issued by RMCs, it also increased the countries’ debt burden.

Strategy for Economic Governance in Africa

The Strategy for Economic Governance in Africa was developed following consultation with governments and non-state actors across Africa. It replaces the Bank’s Governance Strategic Framework and Action Plan (GAP-II), which covered the 2014-2020 period.

The strategy will serve as the Bank’s operating manual for fostering public sector effectiveness at national and sub-national levels by stimulating structural transformation in Africa, and ensuring that citizens, communities and civic groups participate in public sector governance.

It is also designed as the Bank’s master plan for building back better following the economic devastation of the Covid-19 pandemic.

Kenyan MSMEs to benefit from a US$10mn grant fund

Jubilee Holdings to Pay US$6.03mn in Total Dividend for FY20