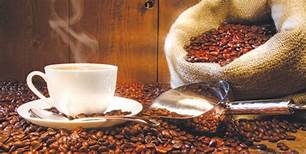 Once upon a time in Kenya, tea and coffee were the big players, the rulers of the country’s agribusiness the top foreign exchange earners.

However with time passing the crops contribution to annual earnings kept falling, because the farmers were simply not getting paid in time. The peasants’ payment was little and delayed.

As a result, production and quality of the coffee and tea out remained poor and could not earn the country its potential income from the sector.

Now the government has set aside USD15 million to revitalize the sector. The funding is from the World Bank which is meant to compliment another USD30 million that Kenya set aside back in January.

What is to be learnt here is not just the will to revitalize the coffee and tea sectors but also the willingness to admit what the problem was in the first place, slow and low payment of smallholder coffee growers.

So committed is Kenya to bringing back these cash crops to their former glory that the country’s President Uhuru Kenyatta ordered a reform task force to investigate. It is the findings of this task force that have led to this revitalization program.

Kenya’s agriculture ministry has already gone ahead and published draft tea regulations that are meant to protect farmers’ earnings. However, the sector is also facing monopolization of production and sells by a hand full of cartels.

The government has also moved to have tea processing factories pay at least 50 per cent of the total value of the tea that farmer deliver to their factories. This is believed to be a solution to tea farmers whose payment has continued to be an issue over the years.

Similarly, Kenya hopes to improve coffee production across all its major producing counties which account for the production of at least 70 per cent of the country’s annual coffee output.

The focus of the programme, after ensuring timely payment of farmers is improving production and quality of the coffee output. Under the program, farmers will also receive training to better their farming practices and they will also get supplies of farm inputs including production of seeds and fertilizers.

The program also extends further into financing extension services as well as refurbishing coffee mills and related storage facilities. It would not do much god if it increased production alone, so the country is also using the program to secure markets for the produce.

Kenya’s President Uhuru Kenyatta is impressed with the work done by the task force and in turn has decided to extend the office term of the Coffee Sector Implementation Committee that is responsible to implement the findings of the task force.

Among the recommendations given by the task force is for the government to turn the Nairobi Coffee Exchange (NCE) into a public limited company and subsequently the need for a regulatory framework.

The task force also advised on the need to increase youth involvement in coffee farming value chains. As for the marketing end of things, the task force advised that the country focuses on producing and marketing specialty coffee that attracts better prices.