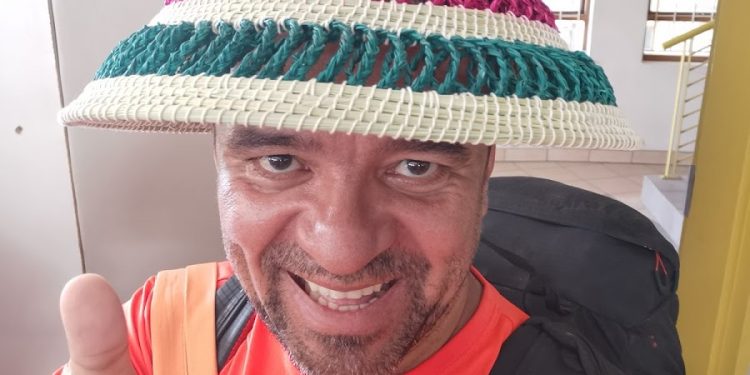 How a Kenyan globetrotter boosted Polish tourists to Kenya

Slawek Muturi, who has visited each UN recognized country at least twice, worked with both trade and tourism minister to boost the number of tourists visiting Kenya

by Kimani Chege
in Kenya, Tourism and Wildlife
0
Share on FacebookShare on LinkedIn

Slawek Muturi has seen all of it. He has been to each UN-recognized country at least twice, joining a group of just a handful individuals to achieve this fete, and now plans to be the only person to have visited all the 193 countries in a single year when he embarks on his global tour in 2021.

Born in Poland to a Kenyan father and Polish mother, Muturi has carried the country of his father close to his heart. So much has been the love that in several instances, he singlehandedly negotiated trade deals between Poland and Kenya and boosted tourist numbers significantly.

It all started on a chilly October morning of 2004. Though Muturi had grown and schooled in Kenyan schools including Kenyatta Mwatate, Alliance High School and prestigious St Mary School, he had not reached a level where he would interact with senior government officials.

On this October, Muturi and a group of Kenyans living in Poland had organized a trade and tourism expo in Warsaw and had managed to get the then trade minister Dr. Mukhisa Kituyi to come and officiate.
“We had taken a huge gamble, we managed to get a whole mall themed in Kenyan colors and cultural artifacts. It was fantastic. We even had a raffle competition whereby the winner would get a free trip to visit Kenya,” Muturi remembers.

As any organizer of such event would go through, Muturi failed to get Polish media attention and only one media house agreed to interview Dr. Kituyi- the current head of the United Nations Conference on Trade and Development (UNCTAD). However as fate would be, as the minister was en route to Poland, her counterpart, Prof Wangari Maathai was announced as the winner of the Nobel Peace Prize, upsetting the media attention in Poland.

“All of a sudden, my phone started to ring and it could not stop for the whole morning. The media who of course had my contacts after earlier attempt to have them cover my event now came seeking to know more about Kenya. I told them, look, her colleague is landing in a few minutes and I guess he can shed more light on this.” Muturi observed.

What followed was a very successful trip for the minister who managed to not only talk about the Nobel laureate but also market Kenya as a tourist and trade destination. Muturi then later followed up with Dr. Kituyi in Nairobi where several trade deals were signed as Kenyans in Poland enjoyed more trade with government backing.

This did not stop there. As Muturi received visitors at the Kenyan trade expo, he realized how low the number of tourists coming to Kenya was. First of all, he organized a meeting with the leading tour agencies in Poland and convinced them to pool tourists to visit Kenyan city of Mombasa through a chartered plane.

“With a chartered plane, we were assured the cost of travel would significantly go lower. However, the challenge was that all the seats in the plane needed to be filled up before the chartered plane could leave. I also needed to ensure that the park fees back in Kenya could be negotiated.”

Muturi flew to Kenya, on his own cost and negotiated with the head of Kenya Wildlife Services (KWS) and was lucky to leave with a deal. For the whole of 2006, all Polish tourists would enter all Kenyan parks at citizen rates. This meant it brought down the cost of touring Kenya significantly lower for Polish tourists.

During that year, Muturi acknowledges that the numbers from the Kenya Tourism Board (KTB) had continuously shown only 1,600 Poles entering Kenya. However, after these efforts by Muturi, the numbers rose to almost 20,000 visitors annually.

“This was significant. Even after the 2007-2008 election violence, all countries showed negative growth, but only Poles increased their visits to Kenya. “

Muturi observes that the chartered planes have now increased with multiple cities now sending visitors to Mombasa. And whenever, he is traveling through Warsaw Airport, and looking on the information board and seeing the chartered plane departing for Mombasa, he feels inner pride and knows he had something to do with it.

“This is a purely Kenyan idea that has been able to be turned around and being used very well in Poland. Pure case of knowledge transfer,” observes Michael J. Mazurewicz, the head of the Nairobi office of the Polish Investments and Trade Agency.

Sudan's livestock value chain gets a boost from AfDB

A study on the food security situation in East Africa in 2020: FEWS NET