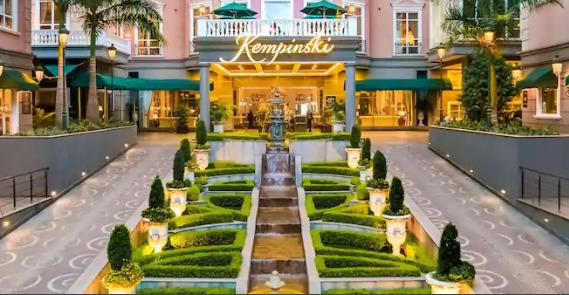 Bed occupancy in hotels in Nairobi and Mombasa counties improved in July, while the occupancy in the rest of the country declined

by Wanjiku Njugunah
in East Africa, Hospitality, Kenya, Tourism and Wildlife
0
Share on FacebookShare on LinkedIn

A new report by the Central Bank of Kenya has revealed that bed occupancy in some Kenyan hotels increased to 30 percent in June and July, respectively, from 19 percent in April.

Bed occupancy in hotels in Nairobi and Mombasa counties improved in July, while the occupancy in the rest of the country declined.

The occupancy levels in hotels in Nairobi and Nakuru counties were boosted by the World Rally championship in June.

The report noted that hotels in Nakuru County reported that they were fully booked during this event.

In addition, the end of financial year expenditure by the national and county governments boosted hotels operations in the rest of the country in June.

Hotels in Mombasa reported improved business in July 2021, mainly attributed to the July school holiday and the high season for tourists.

Consistent with the improved level of bed occupancy, the utilization of restaurant services improved to 38 percent in July from 35 percent in June.

The respondents of the CBK sponsored survey indicated that on average, the utilization of conferencing services improved to 29 percent in June compared with 13 percent in May and 10 percent in April.

This reflects increased uptake of the services by the national and county governments at the end of the financial year.

Jobs in the industry

The survey also assessed changes in employment in the hotels sector.

In particular, respondents of the survey were requested to indicate the number of active employees engaged by the hotels in June and July 2021.

The survey findings show that the overall employment levels improved to 62 percent of the pre-COVID-19 levels (February 2020) in July from 57 percent in May and 49 percent in April. Hotels recalled or employed new workers after the scale down in April 2021 occasioned by the enhanced COVID-19 restrictions.

While the level of employment in Nairobi improved in July, it declined slightly in the rest of the country, in line with the demand for the hotel services.

According to the report, most hotels operating in Nakuru County reported hiring more employees in June, during the WRC event.

Hotels in Mombasa reported hiring of casual staff to meet demand, while also keeping others on rotational basis or shifts in line with demand.

The Survey also captured expectations by hotel respondents regarding when they expect to return to normal levels of operations (pre-COVID-19).

On average, 13 percent of hotels expected to resume normal levels of operations by end of 2021.

This is a decline from the 18 percent recorded in the May survey, with respondents attributing the decline to persistence of the pandemic.

However, the survey indicated that proportions varied across regions, with hotels in Mombasa being the most optimistic about recovery in 2021, at 21 percent of respondents.

This optimism was attributed to the fact that July-September is usually the high season for the tourism sector in Kenya and this is expected to boost their business.

However, hotels in Nairobi did not expect to return to normal levels of operation in 2021, largely on account of increased COVID-19 cases and concern over the lifting of curfew.

“The level of uncertainty has increased among all hotels across the country, mainly due to discovery of new strains of the virus, rising cases of infections, effects of recent lockdowns and slow rollout of the vaccine,” the survey said.

While COVID-19 vaccination is ongoing in Kenya, only 9 percent of respondents pre-conditioned their return to normal operations on vaccinations.

Additionally, 42 percent of respondent hotels were of the view that their businesses would get back to normal operations due to other reasons, particularly, reduction of operating hours and imposition of curfew were cited as the main hindrance to their recovery.

The respondents indicated that the current 7 pm closure time for bars had affected operations of the sector, while the 10 pm curfew time had affected other sectors that previously operated 24-hour services.