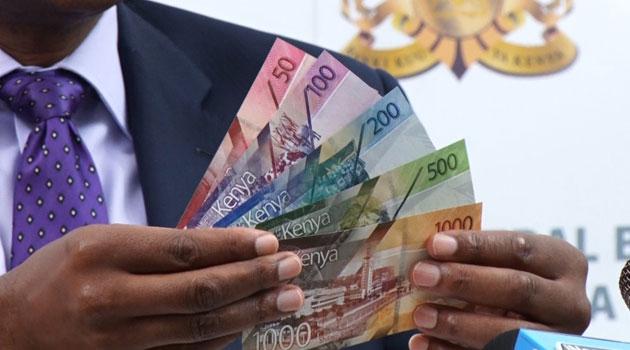 The Kenya Shilling showed the first sign of loosing ground against major currencies since the Central Bank of Kenya introduced new notes and decided to recall the Ksh 1, 000 note in order to curb illicit flow.

Commercial banks have quoted the Shilling trading against the US dollar at Ksh 101.95/102.15 per dollar, compared with 101.80/102.00 at last week’s close. This weakening despite being marginal is the highest rate the currency has traded this year.

At the beginning of June, Central Bank of Kenya announced measures to introduce new currencies meeting a long overdue constitutional requirement to introduce new faces of the currency. In doing so, the CBK governor also announced that the Ksh 1,000 note in circulation was to be recalled and removed from the list of legal tender in Kenya due to illicit use in the country and the region.

Holders of the old 1000 note are expected to hand the note back to any bank before a deadline of October 2019.  CBK also announced measures in which anyone can re-bank the old notes before the deadline including determining how much a person can deposit at a time and an explanation on the source of the funds.

This is meant to control the amount of money in the hands of suspects of mega corruption scandals that has bedeviled the country.

The recall has led to much hue and cry by sections of population who feel the manner in which the currency was introduced was going to affect the country’s economy. Several suits are in Kenya’s supreme court stopping the rolling out of the new notes.

The amounts of Dollars in the Kenyan economy are strictly monitored to give the shilling stability. The Shilling has remained at the range of 100-101 for almost three years now as CBK works to ensure it does not tip off.

The latest weakening has been attributed to demand for dollar for international oil purchase and other imports. However, skeptics have also pointed out that the number of Kenyans exchanging the Shilling for dollar has risen in order to get a stable currency they can exchange both locally and abroad.

Recently, Uganda and Tanzania stopped the exchange and trading of the old Kenyan currencies in a step to control cross border transfer of illicit money.

Africa's FDI still on the rise and World rates slow