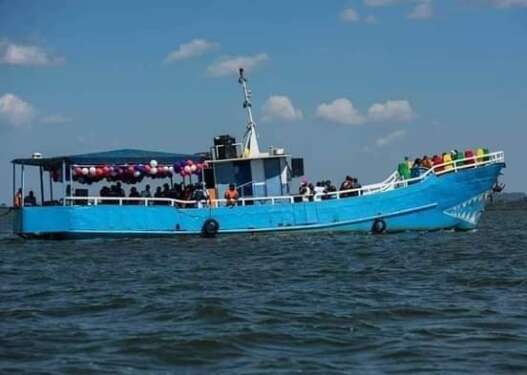 Piles of dead Nile perch have been washing up on the shores of Lake Victoria in Uganda and Kenya, threatening the livelihoods of the surrounding communities.

by Kawira Mutisya
in Health, Kenya
0
Share on FacebookShare on LinkedIn

Piles of dead Nile perch have been washing up on the shores of Lake Victoria in Uganda and Kenya, threatening the livelihoods of the surrounding communities. There have also been several incidents of fish dying in Lake Nakuru, prompting the government to issue several warnings on consumption of fish from Lake Nakuru.

However according to a statement from Greenpeace, despite the warning on Lake Nakuru fish poisoning, the massive death of fish in Lake Victoria and the increased level of Lake pollution in Kenya, there is no commitment from the National Environment Management Authority (NEMA) which is mandated  to oversee and implement all policies relating to the environment protection.

“Pollution is leading to fish poisoning threatening both the health of consumers and the livelihood of communities living around Lake Nakuru and Victoria,” said Amos Wemanya, Greenpeace Africa Campaigner. “Raw Sewage is contaminating our lakes, poisoning our fish and poisoning our children, NEMA needs to step up and protect the lakes from perennial pollution,” added Wemanya.

Also Read: Dealing with the aflatoxin Menace in East Africa

The Lakes have for a long time been a sink to excessive nutrients and untreated effluent that have led to fish die-offs, algal blooms and the spread of hyacinth, a ferocious waterweed. Flooding episodes around the lakes are exacerbating the existing pollution menace. This has continued to negatively impact millions of people in Uganda, Tanzania and Kenya who depend on Lake Victoria and Lake Nakuru for their livelihood.

“Extreme weather events such as flooding are threatening sustainability of natural resources that communities depend on for survival. The rising lake water in Nakuru mixes with the raw sewage in neighbouring sewage treatment ponds leading to pollution that puts the lives of those who live close to the lake at risk,” continued Wemanya

NEMA has the mandate and power to implement laws and policies that protect Kenya’s rivers, wetlands and lakes from pollution. Greenpeace Africa is urging NEMA to take a stand on the water pollution issue in Kenya and specifically on protecting Lake Nakuru and Victoria and the lives and livelihoods of those who depend on these resources.

Greenpeace Africa demands NEMA to design and implement proper waste management infrastructure including proper sewage and drainage systems for settlements near the lakes.

They have also been called to relocate sewage treatment plants in Lake Nakuru to a location that will not lead to the mixing of lake water and raw sewage whenever water rises in the lake.

Greenpeace also wants NEMA to implement policies that regulate the disposal of industrial and municipal waste by ensuring that all waste is properly treated before disposal to avoid pollution.