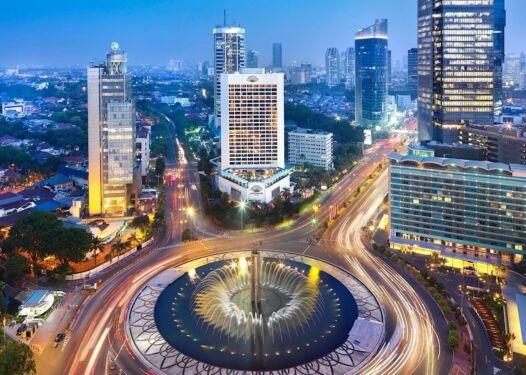 The state government of Lagos will launch a five-year Agriculture Development Roadmap in line with its mission development agenda Strategy on Thursday April 22, 2021.

Explaining this to the media Ms. Abisola Olusanya the State Commissioner for Agriculture in Lagos said that the Roadmap will steer their goals and help the State achieve its goal of making Lagos a 21st Century Economy.

The Roadmap will focus on the development of agricultural value chains where the State has competitive and comparative advantages of ensuring that the State attains its food security goals.

“I am delighted to address you today and avail you of the forthcoming launch of the five-year Agricultural Development Roadmap for the Ministry which is slated for launch by the State Governor, Mr. Babajide Olusola Sanwo-Olu next week Thursday.

This bold step which will be taken by the Governor Babajide Sanwo-olu-led Lagos State government to launch a five-year Agricultural Development Roadmap will not only be timely but relevant in the face of rising food inflation traceable to the twin challenges of insecurity and climate change.

The other critical issue that underscores the importance and imperative of the initiative is that of population explosion for a city already swelling up to some 21 million residents!

Feeding such huge number of people to guarantee both food and nutrition security would definitely require an approach that is both thorough and holistic.

In his address to the media Ms. Abisola Olusanya said that the agricultural roadmap would go along way in creating a clear path to agricultural investment so as to ensure that Lagos state government prides itself on its role of ensuring sustainable food security.

“The Agricultural Development Road Map was conceived by the Ministry of Agriculture as a direct outcome of the present administration’s THEMES developmental agenda particularly the 4th pillar of Making Lagos State a 21st Century Economy by ensuring that the Agricultural Sector plays the role of ensuring sustainable food security.

“Its focus is on the development of agricultural value chains where the State has competitive and comparative advantages to ensure that the State’s self-sufficiency in food production moves from 18% to 40% of food needs in the next five years and thus ensure that Lagos State achieve the Sustainable Development Goals (SDGs) as it relates to the sector,” she said.

Areas of intervention
According to Olusanya the road map highlights intervention areas by the Ministry to boost agricultural productivity at the upstream, midstream and downstream sectors of seven value chains and services bearing in mind the comparative advantages Lagos State has in these sectors.

The Commissioner added that the Roadmap also highlights the need for the State Government to partner and collaborate with private investors and relevant authorities in improving the environment through proper waste management as well as relocation and upgrading of service centers such as sawmill and open markets in the State.

She opined that a 21st century economy is characterized by four key goals which are job creation, food security, standardization and internal revenue generation for the State.

Among other interventions, the state government will revamp agriculture, strengthen the coconut belt as a deliberate incentive to make investments safe and viable, generate wealth and focus on initiatives to provide jobs for youths.

Strategic plan
The state minister for Agriculture said “in adopting the five year strategy, it is our believe that it will boost food production and drastically reduce post harvest losses thus encouraging private sector investments that would trigger agricultural transformation in the south-western States following the examples of countries such as Kenya, Malawi, China among others who within a 10 year period made a significant reduction in the poverty level through Agricultural development”.

The State Government of Lagos has prepared its strategic plan to collaborate and partner with stakeholders in the intervention areas such as policy review, formulation and implementation, database collation and upgrade, as well as repositioning of agencies and departments of the Ministry in order to achieve these goals.