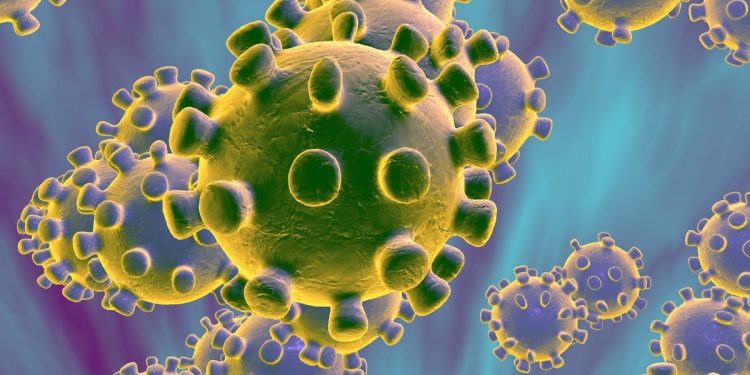 The Coronavirus 2019nCoV. Several airlines are cancelling flights to China in a bid to curb the spread of the coronavirus effectively putting China on lockdown. [Photo/CNN]

There are about one million Chinese in Africa and about 200,000 Africans in China

The coronavirus scare is spreading with 213 people having died from the viral infection in China.

To curtail the spread of the virus, the World Health Organisation (WHO) is calling on the global community to provide immediate support to countries with fragile health systems so they are prepared for 2019nCoV, and to spur development of vaccines, therapeutics and diagnostics to fight the outbreak.

With the virus having spread beyond mainland China, fears are that it may hit ill-prepared geographies worsening the situation.

“There are now 98 cases in 18 countries outside China, including 8 cases of human-to-human transmission in four countries: Germany, Japan, Viet Nam and the United States of America.,” says the WHO.

In Africa, one of the most vulnerable regions when it comes to disaster preparedness and responses, Botswana has reported its first case. In a statement issued on Friday afternoon, the country’s Ministry of Health said the case was registered at Sir Seretse Khama International Airport.

The person, who is currently under isolation, arrived from China aboard an Ethiopian Airways flight.

Another case has been confirmed in IVory Coast in a female student who arrived from China. The 34-year-old student arrived at the Félix-Houphouët-Boigny International Airport in Abidjan from Beijing on Saturday and was coughing, sneezing and experiencing difficulties breathing.

Is Africa ready for the coronavirus?

It is estimated that there are about one million Chinese in Africa and about 200,000 Africans working in the Asian country.

China is on an economic dalliance with Africa where trade between the country of the dragon and the ‘Dark Continent’ has hit US$188 billion from a meagre US$13 billion in 2001.

The coronavirus has struck at a time when China is enjoying prominence on the continent risking to stymie the economic progress of the Asian giant. China has signed bilateral trade agreements with 40 African countries making it one of the largest players on the continent.

There are over 10,000 Chinese-owned firms currently operating in Africa with Chinese business on the continent amounting to more than US$2 trillion. According to McKinsey, China has in addition to its business in Africa, a US$300 billion in investment currently on the table.

According to the Brookings Institute, China’s biggest beneficiary on the continent is Nigeria which received a quarter of all Chinese investment pledged at the FOCAC Summit in 2015. Other beneficiaries were Angola, Ethiopia, Kenya and Zambia.

So what does the coronavirus portend for China and Africa at this point?

Depending on how well the spread is controlled, the coronavirus and the implications for emerging markets may not be as bad for the Chinese economy.

However, countries in Africa that have China as a core source of business will feel the pinch.

For instance, Kenya Airways which delayed halting flying to Guangzhou makes close to Ksh 50 million every week on the route. The carrier had previously noted that it would not suspend its flights between the two countries just yet as it was keenly observing the situation.

If the suspension remains in place for a month, Kenya’s national carrier could lose more than Ksh200 million from the flights to Guangzhou.

For the Guangzhou route, KQ has dedicated a Boeing 787-8 Dreamliner with a capacity of 234 passengers and with a full plane, the airline collects Ksh14.9 million for a round trip. A return ticket costs Ksh63,845.

Flying to Guangzhou thrice a week means the national carrier makes approximately Ksh200 million per month. It is this lost business that is a bitter pill for the airline, and those that rely on it, to swallow.

Air Tanzania has been promoting and planning the flights to China starting February but now those plans are on hold until the virus has been dealt with.

The airline’s managing director Ladislaus Matindi says, “We have already received a permit to begin scheduled flights to China. But we will now have to take the necessary precautions. We will decide when to launch our first flights to China after taking into consideration all the key issues to safeguard the safety of our passenger.”

Several airlines are cancelling flights to and from China in a bid to curb the spread of the coronavirus.

Among the airlines that have suspended flights to China include some of those in Europe, Asia and North America and Africa.

While all the deaths from the disease are limited to China, there are 118 people spread across 22 countries that have tested positive for the disease.

Inland, Chinese authorities have shut down Wuhan, the epicentre of the outbreak. They have implemented strict transportation restrictions in other cities to ensure that the virus is contained.

While coronaviruses are not new, the 2019-nCoV is a new strain with no immunity. The hope, though, is that some immunity will develop naturally over time.

According to the US CDC, coronaviruses are a large family of viruses that are common in many different species of animals, including camels, cattle, cats, and bats. Rarely, animal coronaviruses can infect people and then spread between people such as with MERS and SARS.

Read: KQ plans after acing East Africa’s first direct flight to the US

Another suspected case of Corona Virus quarantined in Mombasa