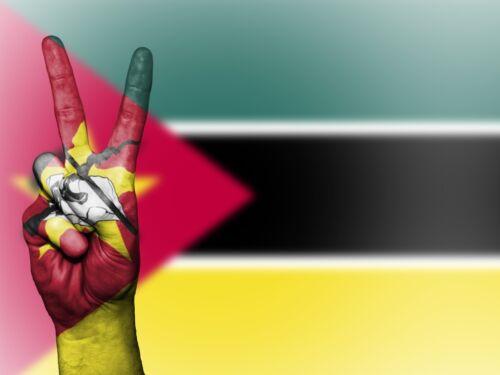 by Evelyn Shumba
in Countries, Mozambique
0
Share on FacebookShare on LinkedIn

African economies thrive on an abundance of natural resources. However, the financial resources needed to exploit these resources remain a major constraint in Africa. Foreign direct investments are playing a critical role in filling the capital gap in Africa as most governments run on budget deficits.

Mozambique, a new investment hub, is booming with capital inflows in its energy sector. With its abundant natural gas resources, the country has positioned itself as a dominant energy investment hub in Southern Africa.

Mozambique has a lot of proven natural gas reserves. It ranks 14th in the world in terms of its reserves. However, production for this energy resource is still very low as well as local consumption. This is a result of poor infrastructure development to extract the resource and also proving that the sector is still in its infancy stages. There is increasing interest from foreign investors to tap into the Mozambican energy market. Great potential exists for the coastal country to be a major exporter of natural gas to the world.

Coastal countries have seaport advantages as most inland products are shipped and pass through these ports. The country does not incur third-party costs for oil supplies as shipments are received directly, which relatively gives it a cost advantage over inland countries. Economic activities such as fishing and tourism also thrive well with such a setup. The growth of these economic sectors will also enable the energy sector to develop as industrial energy demand increases. Mozambique is home to three coastal ports, Maputo, Nacala, and Beira. As the country is strategically accessible, trade with other countries regionally and internationally is easier and cost-effective.

The greater population in Mozambique is in rural areas, yet a very low electrification rate prevails in the rural areas. Energy demand is high in the country and the government is spearheading efforts to improve rural electrification. The major challenge of government efforts is the lack of electricity infrastructure which incapacitates the existing power grid to meet the increasing demand. As infrastructure development in the energy sector lags, this creates an investment opportunity for investors to exploit.

There are increasing interests from foreign companies to invest in the Mozambican energy sector. The surge in capital injections in the energy sector in Mozambique is on the backdrop of vast natural gas reserves that have been recently discovered. Various European companies have outpaced one another with investments in natural gas exploration, in Mozambique.

US-based Anadarko committed US$20 million in 2019 and ExxonMobil and ENI elevated the figures with a US$30 million commitment. Interests from Asian companies have not fallen behind with a US$20 billion capital commitment from Japanese, Thai, and Indian energy companies. This shows the growing importance and recognition of Mozambique as a global energy investment hub.

Mozambique borders six countries which are Zimbabwe, South Africa, Malawi, Zambia, Tanzania, and Eswatini. Four of these countries are landlocked and thus heavily depend on Mozambique to engage in trade globally via a seaport. Another factor is the availability of natural gas resources in its neighboring countries. The geographical positioning of the country enables it to directly trade and engage with all the countries it borders. Export of excess energy especially natural gas as well as the importation of skilled labor and cheaper raw materials is easier and efficient.

The insurgency of extremist groups

The economic and political progress Mozambique has achieved post-independence, are being eroded by the insurgency of the extremist groups. The group is carrying out massive attacks in the country’s region of Cabo Delgado. Energy firms doing natural gas exploration face high-security risks from these violent activities and instability. The frequent attacks carried out by these groups reduce operational efficiency as companies are forced to halt operations in some instances. Regular operational disruptions increase the payback period investors expect to recoup their capital outlay.

There is a long history of political tension and war in Mozambique between the ruling party and the opposition, which once was an extremist rebel group. The two main political parties, Frelimo and Renamo agreed to a peace-building mandate. This to facilitate a stable and conducive political climate. However, renewed tensions and the prevalence of political disputes pose great political risks in the country. Such fragility and uncertainty in the country are not ideal for energy investments. The sector involves huge capital commitments over a long-term investment timeline.

Mozambique is one of the worst developed countries in terms of infrastructure in Africa. Cellular-based communication networks of concern, are mostly available in urban areas and non-existent in some rural and marginalized areas. Energy plants are usually located in the outskirts and weak communication networks erode their efficiency. This results in increased production time lags. Real-time processing of financial transactions is also limited.

The road network in the country is also underdeveloped. With high-security risks from rebel attacks, using rail transport proves a hefty challenge for energy firms. A poor road network across the country narrows down transport linkage options for firms. In cases of prevalent violent rebel activities, business activity will be severely affected with possible and prolonged closures.

The monetary policy framework should promote private-sector growth by putting in place business-friendly policies. The high lending rates in Mozambique hinder economic progress and the growth potential of SMEs in the country. Over-reliance on big foreign multinational companies for economic development is not the most effective methodology. Repatriation of profits by these foreign firms to their home countries downplay the extent to which these companies are committed to local development. The bureaucracy of the Mozambican Central Bank on processing external foreign currency is another factor that weakens business efficiency in the country.

Investment in the energy sector in Mozambique is a lucrative business opportunity investors should embrace. The existence of vast mineral and natural gas reserves places the country highly, as a developing global energy powerhouse. Having noted the setbacks prevalent in the country; the gain investors are to amass from the energy sector in Mozambique, far outstrips the existing business risks involved.