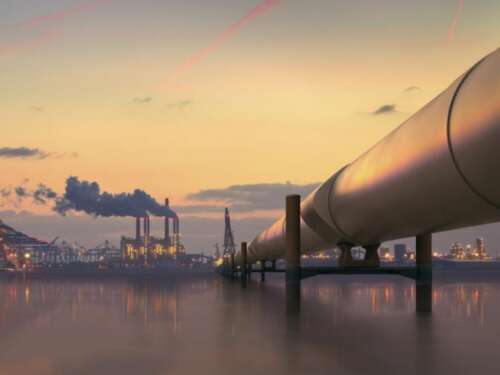 Mozambique LNG project gets another blow

Mozambique is yet another African gas-rich country with untapped natural gas potential, holding around 100 trillion cubic feet of gas.

by Padili Mikomangwa
in Countries, Mozambique
0
Share on FacebookShare on LinkedIn

Internal conflicts have been occurring in Mozambique rather often. On March 27 Jihadis seized a town and allegedly attacked a convoy of fleeing civilians, which includes foreign workers, as fighting continued (Further Africa).

According to various media sources, including BBC, dozens of people are dead following an attack by Islamist militants on a town in northern Mozambique (Palma), where the LNG project is underway.

READ:Total’s Mayotte base not a threat to Mozambique’s Oil and Gas ambitions

According to information from Reuters, on Saturday Total said that none of the LNG project workers was among the victims.

However, according to BBC the accurate number of victims in Palm—which is a town with around 75,000 people.

Mozambique has suffered another blow as the industry saw Total and the government an agreement to the cautious and slow return of work at the $20 billion LNG projects, just a few hours from that agreement militants attacked.

The civil unrest in Mozambique renders the country powerless and undesirable for business and investment. The frequent and gruesome attacks on people and material wealth, raise concerns on whether the country has the necessary security power to hold the militants off.

Consequently, the French oil and gas giant statement cited that, the remobilization of the project that was envisaged at the beginning of the week is suspended, according to Upstream Online new publication.

Further, the statement indicated that Total trusts the government of Mozambique whose public security forces are currently working to take back the control of the area,” said the statement, stressing that it is “monitoring very closely the situation, in conjunction with the authorities and the local teams” (Upstream Online).

Mozambique is yet another African gas-rich country with untapped potential. According to the United States Energy Information Administration (U.S EIA), by 2018 Mozambique produced nearly 212 billion cubic feet (Bcf) and exported 148 Bcf of natural gas in 2018.

However, Mozambique has seen a rather interesting flow of investment over the past years in the natural gas industry, but with the current rampant security risk, Mozambique oil and gas industry stands to lose billions.

“A $15.8 billion final investment decision (FID) was secured to finance the Rovuma LNG project from a consortium of export credit agencies and 20 commercial banks in 2019. The United States Export-Import (EXIM) bank was the largest lender in the group, providing a $4.7 billion loan for the project. The FID was to be implemented this year, but it has been put on hold until 2021 because of the effect the novel coronavirus (COVID-19) mitigation efforts have had on oil prices,” according to U.S EIA.

On July 16, 2020, Japan’s Nippon Export and Investment Insurance (NEXI) announced plans to cater loan insurance for the Rovuma LNG offshore. “The $ billion, 18-year instrument will cover political and credit risks for the Area 1 block” according to U.S EIA.

Since the initial exploratory drilling in 2007, Mozambique has been eyeing the expansion of the industry to transform its economy and ultimate in the future become the fourth largest natural gas exporter worldwide.