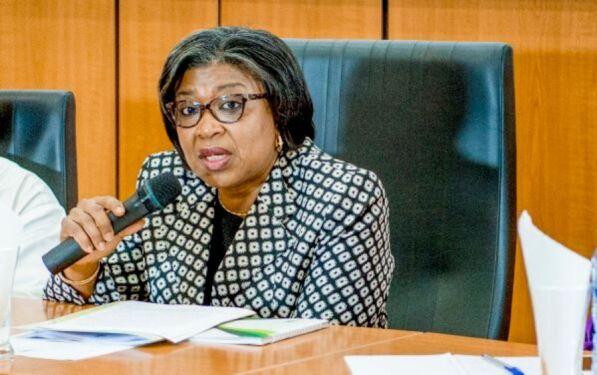 The ravaging Covid-19 pandemic earlier last year 2020 forced the Federal Government of Nigeria to suspend borrowing from International market but with their progressive economic recovery they have since announced plans to re-enter the international debt market this year once again.

Patience Oniha, the Director-General of the Debt Management Office (DMO), revealed this during a Reuters interview on Wednesday, April 7, 2021.

According to the Director-General of the Debt Management {DMO} the country will issue Eurobonds in 2021, with specifics to be published soon and an open bidding procedure for advisors.

She also confirmed that the Eurobond would be included in the budget’s external borrowing plans for 2021.

A Eurobond is a debt instrument that’s denominated in a currency other than the home currency of the country or market in which it is issued.

The data from the Central bank of Nigeria (CBN) shows that in 2020, $5.76 billion was spent servicing external debts from January to December.

March 2020 the minister of Finance, Budget and National planning Zainab Ahmed announced of the commitment of the federal government to suspend its $22.7 billion external borrowing plan.

Zainab Ahmed spoke at the 2020 International Conference on the Nigerian Commodities Market organized by the Securities and Exchange Commission (SEC) in Abuja.

During the conference meeting She said the decision to jettison the plan was taken “due to current realities in the global economic landscape.”

The breakout of the deadly coronavirus late last year completely unsettled the world economy, with the price of crude oil plunging to the lowest level since 2016.

With the Nigerian economy dependent on oil revenues to finance the budget, the unprecedented crash in oil prices below the approved benchmark price of $57 per barrel  rendered approved estimates in the budget unrealistic.

Mrs Ahmed said the government would not even be keen to proceed with the borrowing plan even if the National Assembly gives the approval for it to go ahead.

“The current market indices do not support any external borrowings at the moment, despite that the parliament is still doing its work on the borrowing plan.

“One arm of the parliament has completed their work, and the other arm is still working. So, it is a process controlled entirely by the parliament itself. We are waiting,” she said.

The unfolding events of the past few months, especially the coronavirus pandemic and the oil price wars in the international oil market have further reinforced the government’s resolve to diversify the national economy.

The current challenges in the global economy, she noted, have brought to the fore the need for Nigeria to focus its attention on the development of a non-oil attitude to everything.

The federal government, the minister said, would prioritize its expenditure in favor of major capital expenditures that would have greater impact on job creation, visibility as well as enhance the ease of doing business in the country.

“The expenditures that are not critical must be deferred to a later date when things become more normal.

“Several national plans, programmes and projects have been directed at diversifying the production and revenue structures of the economy,” she said.

Noting some achievements in the areas of production and revenue, she stressed the need to do more to boost production and exports base, less vulnerable to external shocks and provide more opportunities to the teeming population.

The Vice President of Nigeria Yemi Osinbajo who was in attendace at the event said the government was taking steps towards developing the Nigerian commodities market as a major driver for economic diversification efforts.

Mr Osinbajo said the government was working on diversifying the economy and broaden its revenue sources.

I am a Multimedia Journalist with five years of experience from Digital to Broadcast Media{Radio and Television}. Interested in reporting Current affairs happenings within and across the borders. I have excellent attitude towards working with others and communication skills extremely patient and persistent with the ability to formulate unique ideas and hand eye co-ordination. Ability to work under minimal supervision, curious, hardworking and polite