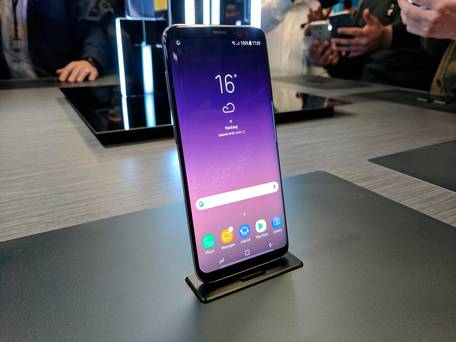 by furtherafrica.com
in Countries, Nigeria
0
Share on FacebookShare on LinkedIn

According to the global technology research and consulting firm’s newly released Quarterly Mobile Phone Tracker, overall shipments for the quarter totalled 52.2 million units, down from 53.1 million units in Q1 2019. Feature phones accounted for 58.3% of the market, with shipments declining 3.7% QoQ, while smartphone shipments increased 1.0% over the same period to account for 41.7% share.

“Feature phones remain an integral part of the African mobile phone market due to poor network infrastructure across large parts of the continent, particularly in rural areas, and the ease of use of these devices,” says George Mbuthia, a research analyst at IDC. “However, the transition to smartphones is continuing, albeit slowly, and the affordability of feature phones alone was not enough to stop this segment of the market declining in Q2 2019. Smartphones, on the other hand, enjoyed a recovery from the decline in shipments seen in Q1 2019.”

Nigeria remained Africa’s largest smartphone market in Q2 2019, followed by South Africa and Egypt. Nigeria and South Africa saw smartphone shipments increase 3.6% and 0.2%, respectively, while Egypt saw 18.0% QoQ growth after the market shrunk considerably in Q1 2019 due to the introduction of import registration and other import regulations.

Transsion (Tecno, Infinix, and Itel brands), Samsung, and Huawei were the smartphone market’s leaders in shipment terms in Q2 2019, with respective market shares of 37.4%, 27.4%, and 8.7%. However, Samsung had the highest share by dollar value at 40.3%, followed Transsion (21.9%) and Huawei (12.2%). Samsung’s dominant revenue position in the market is sustained through timely product launches across all African markets, particularly in relation to its A-Series devices, which are shipped in large volumes.

Shipments of 4G-enabled smartphones increased by 6.6% QoQ in Q2 2019 to account for 70.8% of the total smartphone market, spurred by the declining prices of LTE devices. IDC forecasts that 4G-enabled phones will constitute 74.4% of the African smartphone market by the end of 2020, with 5G phones tipped to garner a 0.4% share.

“5G-enabled smartphones are expected to be introduced to the African market by end of Q3 2019,” says Ramazan Yavuz, a research manager at IDC. “The first country to see the launch of 5G phones is likely to be South Africa, where the 5G infrastructure is being developed by Ericsson in partnership with MTN.”

Looking ahead, IDC expects Africa’s smartphone market to grow 4.7% QoQ in Q3 2019 to total 22.8 million units. Despite feature phones experiencing an average QoQ decline of 1.8% in unit shipments between Q1 2018 and Q2 2019, the feature phone market will grow slightly in Q3 2019, with shipments increasing 0.1% QoQ to total 30.5 million units, spurred by the introduction of support for basic applications and the ability of these devices to serve as power banks.

“Africa’s increasingly tech-savvy younger generation is set to drive smartphone growth and the adoption of mobile services that are transforming businesses and empowering lives,” says Mbuthia. “The feature phone segment will continue to decline gradually over the long term as the continent’s telecommunications infrastructure improves and the market embraces positive policies like tax reductions for mobile services and devices. Such developments will enable consumers to access more affordable connections and better devices, thereby driving the market’s transition to smartphones.”