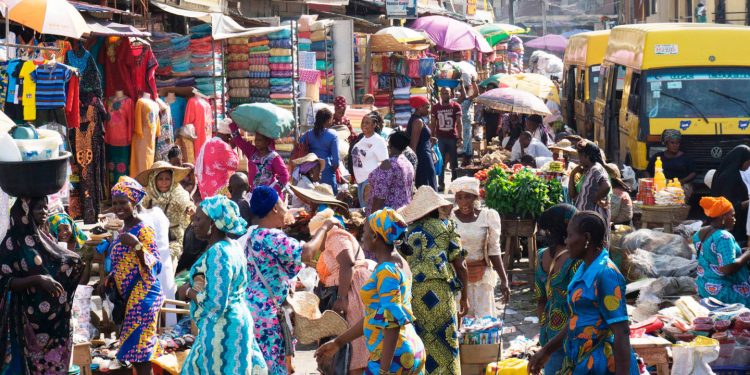 Consumer prices climbed to 12.1 per cent in January from a year earlier. Food inflation rate mounted to 14.85 per cent, highest since March 2018

Nigeria, the largest economy in Africa, has seen its inflation quickened to nearly two years high in January as food shortages caused by border closures continued to drive up the price of staples, the Nigerian National Bureau of Statistics revealed.

According to information from Bloomberg, the statistician report revealed that: consumer price rose to 12.1 per cent from a year earlier, compared with 12 per cent in December, which marks the fifth month of increases.

However, there were several crucial aspects in relation to the scenario, as revealed by Bloomberg.

It was highlighted that the nation’s monetary policy committee’s ability to raise interest rates to contain inflation is hampered by slow economic growth.

In January a Nigerian economist and Governor of the Central Bank of Nigeria (CBN) Godwin Emefiele raised the number of money banks to need to deposit at zero interest with the central bank to clear up excess liquidity.

Hence, Bloomberg report highlights that, the governor said excess liquidity was partly to blame for the high level of price growth.

Also, food inflation accelerated to 14.85 per cent in January, the highest level since March 2018. The rise in food prices shows no sign of abating after President Muhammadu Buhari closed land borders in August to curb the smuggling of rice and other products.

In addition, a 50 per cent increase in the value-added tax rate and upcoming increase in electricity tariffs will likely keep inflation above the 9 per cent upper end of the central bank’s target band this year.

READ:Nigeria takes on revenue boost and small business support for the economy