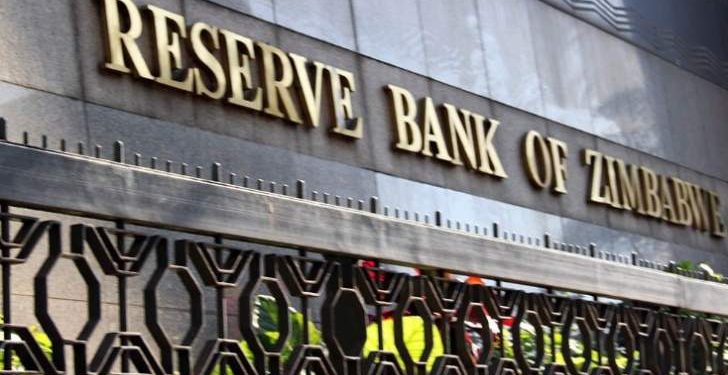 The Reserve Bank of Zimbabwe (RBZ) said it will be introducing gold coins as part of measures to ensure investors and the general public have alternative means to preserve value.

In a press statement on Sunday, RBZ Governor Dr. John Mangudya said the Monetary Policy Committee (MPC) had noted the increase in inflation with concern as it was stifling consumer demand and confidence, an undesirable position that has the potential to derail economic strides attained in the economy over the past two years.

The latest figures from the Zimbabwe National Statistics Agency (ZIMSTATS) showed Saturday that the country’s annual inflation rate reached 191.6 per cent and month-on-month inflation reached 30.7 per cent in June.

In 2008-2009 hyperinflation reached 500 billion per cent, according to the International Monetary Fund, and ravaged the country. At the time, 100 trillion Zimbabwean dollar banknotes were not enough to buy basic groceries.

“The Monetary Policy Committee (MPC) resolved to introduce gold coins into the market as an instrument that will enable investors to store value.”

“The gold coins will be minted by Fidelity Gold Refineries (Private) Limited and will be sold to the public through normal banking channels,” said Dr. Mangudya.

According to an article by the Herald published on June 27, 2022, popular bullion coins include the American eagle, the Canadian Maple Leaf, the South African Krugerrand, the Isle of Man Gold Cat, the Australian Kangaroo, and the China Mint Panda Bear. They added that gold is a haven against inflation and a gold coin is made mostly of gold while most gold bullion coins are pure gold.

Meanwhile, in an article dated May 27, 2022, Bloomberg described the RBZ as the world’s most aggressive central bank. According to an article by Pindula News published on June 27, 2022, Zimbabwe’s former Finance and Economic Development Minister, Tendai Biti, said the Reserve Bank of Zimbabwe (RBZ) has outlived its usefulness and, therefore, should be abolished.

He made the remarks in response to a cocktail of measures introduced by the government to stabilize the economy. The main duty of the RBZ is to present monetary policies with primary objectives that address the management of inflation or unemployment, and the maintenance of currency exchange rates.

Tendai Biti is also a lawyer and Vice President of the opposition Citizens Coalition for Change (CCC) led by Nelson Chamisa.

“Solution is simple. Use the US dollar as a transitional mechanism. Float Zimbabwean dollar. Eliminate Export surrender requirements. Pay civil servants in US dollars. Deal with the debt burden, deal with corruption. Pursue fiscal consolidation. Fund the social sector and attend to Gross Capital Formation,” he said.

However, Finance and Economic Development Minister, Professor Mthuli Ncube said the Zimbabwe government will soon enact a law entrenching the use of the multi-currency system in the economy as part of measures to retain stability and confidence in the market,

The Minister said this yesterday while addressing a press conference on various measures to stabilize the exchange rate, availability of basic commodities, and conditions of service for civil servants.

Zimbabwean health workers halted a five-day pay strike and returned to work on Saturday, but union leaders warned they would resume the walkout if the government failed to make an improved wage offer within 14 days.

According to an article by SABC published on June 25, 2022, thousands of nurses and doctors at state-run hospitals in the southern African country demanded a hefty raise and wages in U.S. dollars due to a slide in the local currency and brisk inflation that has eroded the value of their earnings.

They went on strike on Monday last week after rejecting a government offer to double their local currency wages, saying the 100% hike would not even compensate for annual inflation that has jumped in June.

Zimbabwe Nurses Association Secretary-General Enock Dongo told Al Jazeera in a reported telephone interview that health professionals have decided to strike until they are paid US$540 a month, the earnings they used to receive in 2018 before the local currency collapsed.

“Nurses got only ZWL$20,000 last week as salaries. This is around US$50 at the official auction rate and only US$30 at the black market. There is just no way can an employee survive on that. The nurses are saying that they can’t survive on that,” he said.

According to the Herald, the central bank policy rate (CBPR) is the rate that is used by the central bank to implement or signal its monetary policy stance and provides an indicator of the minimum level of lending rates for banks.

The central bank also increased the minimum deposit rate for local currency savings to 40 per cent per annum from 12.5 per cent.

The time deposits minimum rate for Zimbabwe dollars was increased to 80 per cent per annum from the current 25 per cent.

To improve the flow of foreign currency in the economy along with fine-tuning the foreign exchange market willing-buyer willing-seller arrangement, Dr. Mangudya said the export retention thresholds would remain the same.

“The MPC resolved to maintain the current export retention thresholds across the various sectors of the economy and that 25 per cent of the unutilized export receipts shall be liquidated at the willing-buyer willing-seller exchange rate after 120 days from the date of receipt of the export proceeds,” he said.

Zimbabwe's readmission into the Commonwealth flops