by Giza Mdoe
in Rwanda
0 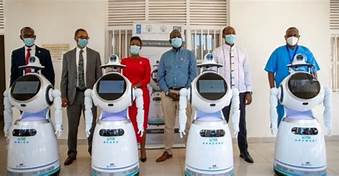 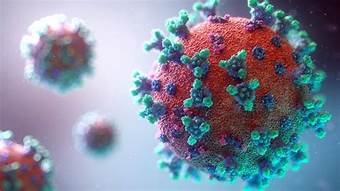 In its fight against Covid-19 Rwanda has opted to have robots replace humans when coming into contact with infected persons.

With the support of the United Nations Development Programme (UNDP) Rwanda is to deploy its second set of three ‘THOR UVC’ robots.

What are these avenger bots all about? As its name suggests, the THOR ultra-violet (UVC) uses UVC to disinfect. Using room mapping technology, THOR UVC is able to go around a given cleaning space and disinfect it efficiently.

It uses UVC energy to kill germs and pathogens that way, the robots minimize contact of persons with the pathogens.  So the deployment of the THOR UVC robots will help clean and disinfect Covid-19 risk areas like hospitals.

The robots will also serve to disinfect areas of mass gathering like border areas and market places as well as office spaces.

Lockdown Lifted: Rwanda Getting Back To Business

The Government of Rwanda says the 21-day lockdown that has now been lifted had a tremendous impact and that it reduced new Covid-19 cases in the city by 72 percent, according to the Rwanda Biomedical Centre (RBC).

The lockdown was enforced back on January 1th in the capital Kigali where it was reported that the city accounted for about 60 percent of all new Covid-19 cases in the country.

In just ten days, officials say Kigali had 609 new cases of the total 1,837 that was recorded across the country.

The lockdown meant public transport was suspended in the city, non-essential businesses closed and the public kept indoors and according to officials there, it worked.

” Dr. Sabin Nsanzimana, Director-General took to Twitter to announce, “The impact of the 21-day lockdown on Covid-19 spread in the City of Kigali is remarkable…New cases reduced by 72 percent.”

Now the lockdown is lifted but there still are curfews and social distancing is enforced at all public gatherings. Public offices remain closed with employees working from home. On the other hand, private businesses have reopened but with only essential staff.

With curfew starting at 7 PM businesses are closing early to allow their staff to make it home before curfew.

Rwanda may have lifted its 21-day nationwide lockdown but while it is letting its citizen move freely within the country, it’s limiting its air travel outside its borders.

Its national carrier, RwandAir has temporarily suspended flights across three main destinations including Johannesburg, Cape Town, Lusaka, and Harare. It is no surprise that there are two South African destinations on the ‘no-fly list’ after all South Africa was among the first countries where the new variants of Covid-19 were found.

Issuing the flight cancellation notice, the airliner took to Twitter to reassure stakeholders that they can rebook for later dates or demand a refund.

“Scheduled flights will resume as soon as there is more clarity on the situation. Affected customers can rebook and fly at a later date at no additional cost or request for a fund.”

South African’s Dilemma: A mutating virus and a failing vaccine

Just when we thought the worst was over, and businesses resumed and borders reopened, the virus mutated. It is now been described as ‘the South Africa variant’ which is said to be more contagious, in other words, it spreads faster.

According to experts, this new variant accounts for 90% of all new Covid cases in South Africa. It is not only in South Africa, it has been found in at least 20 other countries including the UK, Austria, Norway and Japan.

It is reported that this new variant still affects the elderly more and generally people who have significant underlying health conditions.

So South Africa got the Oxford-AstraZeneca vaccine, one and half million doses of it, but now results show that it is not working and in fact South Africa is considering not only changing it but re-selling because the preliminary study suggests that it has but minimal effect against the new variant and specifically in young people.

In a very surprising turn of events, South Africa’s Health Minister Zweli Mkhize actually told the media that “There are already some countries that are asking that we must sell it to them.”

That been said it should be noted that South Africa has some 1.5 million cases of coronavirus, and has already suffered 47,000 deaths.

Biological Apocalypse: How the New Variant will ‘sweep the World’!

Here is what Professor Sharon Peacock from the Covid-19 Genomics UK (Cog-UK) Consortium told the BBC, “The variant has been detected across Britain, in more than 50 countries and it’s going to sweep the world, in all probability.”

They are calling it B117 and say it is 70 percent more transmissible than the previous starin.1

It only gets worse, Professor Peacock, who is from the of public health and microbiology at the University of Cambridge, in her professional opinion, is of the view that transmissibility of this new variant is ‘likely to cause scientists difficulties for at least a decade.’ 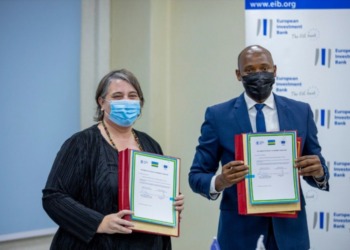 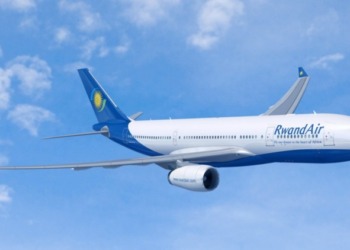