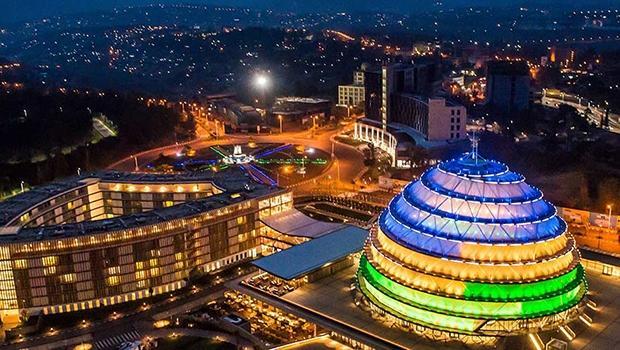 In 2021 Rwanda’s fiscal deficit is expected to narrow to 7.8 per cent of GDP and due to a planned fiscal consolidation in the 2021/22 fiscal year.

Rwanda’s current account deficit in 2021 is expected to decrease to 10.42 per cent of the Gross Domestic Product (GDP) and improve in 2022 to 9.1 per cent due to covid-19 vaccine rollout which is expected to trigger a rebound in foreign direct investments and tourism.

The report is dubbed “African Economic outlook 2021: From Debt Resolution to Growth: The Road Ahead for Africa” by the African Development Bank (AFDB).

The report noted that in 2020 the country’s current account deficit recorded 16.5 per cent of GDP compared to 9.3 per cent in 2019. This was due to reduced foreign direct investments and low exports in 2020.

As the effects of the pandemic dissipate and tourism picks up with the construction of the Bugesera airport, growth in Rwanda is projected to improve in 2021 and 2022. The report also noted that the African Continental Free Trade Area is expected to contribute to the country’s growth by boosting intra-regional trade especially if Rwanda increases its intra-regional exports shares.

As food supply increases with borders reopening and the continued ease in domestic containment measures, inflation is expected to decline within the policy target.

The report noted that the occurrences that can hinder the outlook include trade disruptions due to regional political tensions, the revival of the covid-19 virus and a decline in the fiscal space due to the rising debt burden.

Sectors such as tourism, trade and transportation have been hit hard by the pandemic as well as investments and export sectors. In 2020, Rwanda’s inflation increased to 6.6 per cent higher than the 2.4 per cent recorded in 2019 which breached Rwanda’s Central bank’s 5 per cent policy target.

The 2020 increase in inflation was due to a rise in food prices as domestic and regional supply chains were disrupted by the pandemic.

“Low tax yield and elevated health and social protection spending caused the fiscal deficit to grow to 8.3 per cent of GDP in 2020, compared with 7.3 per cent in 2019. The deficit was financed by COVID–19 budget support loans and grants from cooperating partners”. The report noted.

In 2020, gross reserves could cover 2.4 months of imports compared to 4.5 months in 2019. The Rwandan franc experienced a 4.6 per cent depreciation against the dollar due to low external inflows in 2020.

“The financial sector remains stable and well-capitalized, with a capital adequacy ratio of 23.7 per cent in June 2020, above the 15 per cent regulatory threshold.” The report pointed out

In May 2020 the unemployment rate in Rwanda was at 22.1 per cent compared to 15 per cent in 2019. This was due to closure in major industries such as hospitality, transport and food which is likely to increase the poverty rate which was at 38.2 per cent in 2017.

Due to increased spending on key infrastructure investments and a decline in aid flows, Rwanda recorded 58 per cent in public debt out of its total GDP in 2019.

In 2020 public debt increased to 66 per cent of GDP due to an increase in health-related spending and a decline in tax revenues and is expected to reach 72 per cent this year (which is above the 65 per cent safe debt ratio).

The report also said that in order to help avoid overburdening the public balance sheet, Rwanda needs to renegotiate its debt, shift to private sector-led growth, draw on reserves and use blended finance and derisking strategies to fund projects.