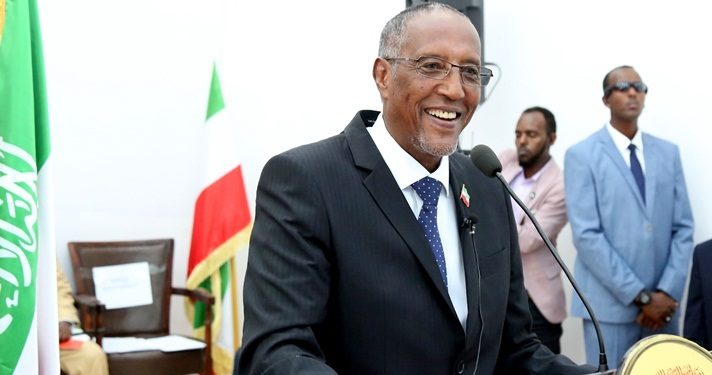 Somaliland economic growth on the rise

In the fiscal year 2019, the country’s expenditure paid entirely by the State on national projects amounted to $ 260 million. Projects entirely funded by the state, have been allocated $1.5 million

Somaliland economic growth is on the rise despite the country’s unique economic constraints.

Somaliland President Musa Bihi during his annual address to the nation, said in fiscal 2019 its revenue increased by 4.5% which shows the efforts and capabilities of the National Revenue Authority.

“The economy is the basis for the development and transformation of life and society in every country. Therefore, the government is focusing on the development of the Republic and the promotion of the national economy,” Bihi said.

“The GDP growth rate in the UK has increased by 2% in the last two years, whereas the economic growth in Africa is estimated at 3.4% in 2019 by the United Nations. This indicates that Somaliland’s economic growth is on the rise, despite the unique economic constraints of the Republic of Somaliland.”

President Bihi said that in 2019, his government has been able to raise inflation by 19 per cent to 4 per cent and also managed to raise the value of its shilling by 21% in the same year.

In the fiscal year 2019, the country’s expenditure paid entirely by the State on national projects amounted to $ 260 million. Projects entirely funded by the state, have been allocated $1.5 million

“Although every effort is being made, there are major economic challenges that need national consultations because we are a country of imbalance in exports and imports,” the president said.

He added that in order to fix the trade imbalance, they will increase production and manufacturing in the country and have already made tax exemptions for small-scale industry and limited-use products worth up to $ 15 million.