Among the most common metals sent for recycling are steel, aluminium, and tin foils. Beverage cans and food tins also are common materials for recycling with most of this sold locally, though.

by Brian Misiati
in Extractive and Energy, South Africa
0
Share on FacebookShare on LinkedIn

South Africa is one of the world’s major exporters and dealers in metal packing and recycling. Estimations show that about 75 per cent of this scrap metal is recovered from recycling.

Among the most common metals sent for recycling are steel, aluminium, and tin foils. Beverage cans and food tins also are common materials for recycling with most of this sold locally, though.

These statistics show a scrap industry that is expansive and with that comes the demand for raw materials in order to satisfy the big appetite of the products to feed the local market as well as the international market.

According to the Business Wire report of 2021, South Africa generates up to 108 million tonnes of annual waste, about 90 per cent of this which ends up in landfills. The problem is that landfills are projected to be full in a few years to come.

The national waste management strategy gazette by the government in 2020 gives a clear direction on how to acquire raw products for metal products and how to even trade the final products. The producer’s responsibility scheme hold the manufacturers responsible for their products and packaging to the end of their life cycle.

But despite all these regulations in place, many infrastructures have been destroyed in the country with vandals looking for raw materials to sell to the manufacturers.

One of the visible places that have fallen victim to the vandalizes is the Dunswart train station, latest shots were taken from the site shows a place that seems deserted for years with dangling cables that are semi-visible above towering weed and crumbling buildings.

Far from it, the place was just in operation two years ago before the Covid-19 pandemic struck but the way it has been terrorized and vandalized is emblematic of the Decay of South Africa’s railways which many people depend on for affordable business trips.

Among the countries with the most advanced railway line in Africa’s continent is South Africa with an approximate network of over 30,000 km (18,600) miles but thieves have stolen the line to trade the metals for money at the recycling plants.

In 2019 the government moved with speed to cancel all private security contracts hoping that the move would curb the rampant practice only for it to be exacerbated.

With the onset of the covid-19 pandemic in 2020, the country went into total lockdown and the train stations become vulnerable spots for vandalizes to harvest materials and make easy money.

Proper security was not a priority for the Passengers rail Agency of South Africa (Prasa) and metals were being ferried from the station even in broad daylight.

Of course, no one admits responsibility with blame games shifting from the current officeholders to previous officials of the authority.

Prasa’s current manager Leonard Ramatlakane admits that things are not good at all at the agency and says it’s an embarrassment that all indications are towards a collapse of this essential mode of transport.

“The people before us caused all this, they failed us,” says Ramatlakane.

Weighing on in the matter, South Africa’s minister of transportation Fikile Mbalula said “some of the vandalism that happened here went on unabated, we can’t say by who because no arrests have been made, but clearly there is some vested interest.”

The minister warned that the vandalism experienced a the station could be deliberate sabotage from officials who have collaborated with metal manufacturers and promised a thorough investigation into the whole issue even as he came under heavy criticism from passengers who had become used to the train services.

Mbalula vowed to take stern actions and rapid response initiatives to protect the infrastructures saying that going forward security will be tightened around all major infrastructures that were at risk from the scrap metal industry.

A report from Brent Hurst Foundation think tank published last year showed that if everything remained business as usual then the railway was on the verge of collapse.

It further recommended that for the operations to resume, it would cost the government approximately 500,000 rands (US$32,000) per kilometre to restore about two-thirds of the overhead cables that were covering up to 3,000km of the track stolen from the network.

Read: Will digital economy in Africa just remain a myth? 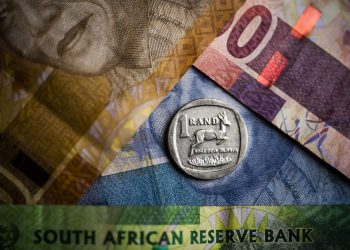 What to expect from Wordle after New York Times buyout