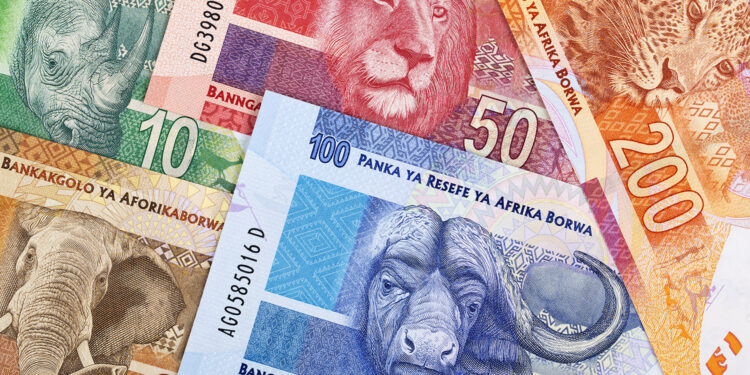 Enock Godongwana, South Africa’s finance minister appeared at ease for a man delivering his maiden budget speech. A speech whose pronouncements can send the markets soaring or sinking. A lot was riding on this, but the man seemed casual and affable during the delivery of his address he occasionally addressed the members of parliament by name and spoke in his native Xhosa language.

A lot was indeed riding on his presentation today the 23rd of February 2022. The primary expectations of the speech from stakeholders are whether the treasury chief’s plan for 2022 will stimulate economic growth and foreign direct investment. Each South Africa needs urgently.

The finance minister began his address by affirming his commitment from his midterm budget speech to the reconstruction and recovery of the economy and by extension saving lives and livelihoods.

Very noble aspirations and themes. This message is needed by citizens who have grown increasingly wary of taxes, especially on the corporate front. South Africa’s economic outlook was and remains bleak due to the weak macroeconomic fundamentals obtaining on the ground. These weak fundamentals include low and anaemic economic growth, rising unemployment as well as the rising national debt. Expectations were that the finance minister would tackle these in his plan for how the government would raise and spend its money.

Mr. Godongwana had to walk the proverbial fine line and tight rope. Political, social, and economic commentators were sceptical that the budget speech would live up to their expectations held by citizens. This was so much that the Daily Maverick a South African publication ran an article on the 16th of February 2022 which illustrated in not-so-subtle terms the level of scepticism and lack of faith and confidence in the treasury. There is widespread scepticism at best and disbelief at worst that the minister would be able to do the needful to get the economy roaring back to life. The Daily Maverick made 10 predictions in its article titled, “Ten Predictions for what could lie ahead for South Africa in the 2022 Budget Speech”.

If this had not been proposed and implemented the way that the finance minister has said it will the effect would have undermined confidence in treasury. There was speculation that the decision to lower the corporate tax rate would be delayed and even hampered by legislative processes necessary to amend the laws. It was even mooted that the decision to reduce the tax on corporate entities could be effectively implemented in 2023. It would be in treasury’s own best interest to resolve the corporate income tax matter because the medium-term budget delivered last year had made indications and projections that revenue collections from corporate income tax would fall below 14% when the annual average has been 20%.

This is very telling in that it indicates two things. Either companies have been paying less taxes through tax avoidance or the corporate income tax pool has been shrinking with companies closing shop and or leaving South Africa. Both scenarios are concerning. Even more concerning is a scenario were both situations are playing out at the same time. Whatever the case might be, it needs urgent attention. South Africa cannot afford to lose its pull as an investment destination. Treasury needs to intervene to halt the growing trend where businesses are leaving South African shores. Coincidentally this month began earnings report season for many companies that are listed on the Johannesburg Stock Exchange.

Particularly interesting to note as an example of capital leaving South Africa’s shores or having little incentive to stay at least are the earnings reports of Sasol and Anglo Gold Ashanti. Sasol for its part reported that its South African operation was a lag on the wider group whereas Anglo Gold Ashanti has no other operations in South Africa aside from its head office. This is especially strange since the gold miner has operations across four continents and South Africa has ubiquitous gold deposits. Thankfully treasury announced that it would decrease the corporate income tax rate by 1% to 27% as proposed in last year’s budget speech. Heartily the minister announced he would be relaxing the tax thresholds for individual income tax. The pronouncement received widespread applause.

National debt is another area of concern which treasury needed to address today especially since the finance minister was excoriated over a loan of US$ 750 million which the country received from the World Bank. According to the budget speech South Africa’s debt burden current stands at ZAR 4.3 trillion (US$ 283 billion) and it expected to grow to ZAR 5.4 (US$ 356 billion). The cost of servicing such debt load the minister said was around ZAR 30 billion which the minister said was much more than what the country spends on maintaining its police force. Debt stabilization will be a priority to the treasury, however. The first step in achieving this treasury said would be to reduce the borrowing requirement for the government which it said would be the first time since 2015.
South Africa’s GDP growth was initially forecast to grow at a rate of 5.1% this year however, treasury has revised this figure to 4.8% citing the slow down in commodity prices during 2021 and the civil unrest that occurred in July of the same year. Perhaps more ominously treasury expects GDP growth for South Africa to slow even further settling at 1.8% in 2022 and slowing in 2023 marginally to 1.6%.

More broadly and in terms of state-owned enterprises the minister made statements which all his predecessors have made in the past. Which is that SOEs would be required to implement turnaround strategies to reduce their demand on public resources. Rationalization and consolidation of the poor performing SOEs was mooted by the treasury chief. This he said to reiterate the fact that South Africa had been in economic stagnation for over a decade and needed tough love. The Rand closed trading in positive territory on the day of the budget speech. It was trading 0.17% stronger at ZAR 15.1038 against the United States Dollar.