With a view to nation-building and inclusive growth, South Sudan is seeking investment in hydrocarbon exploration, infrastructure development and power generation capacity, with opportunities to be showcased at the upcoming South Sudan Oil & Power 2021 Conference & Exhibition in June.

South Sudan represents one of the fastest-growing frontier markets on the continent, driven by a renewed transitional government with a commitment to economic growth, infrastructure development and an oil revival. Led by H.E. President Salva Kiir, the newly formed unity government is prioritizing infrastructural development and exploration activities, with a view to rebuilding the nation, improving the standard of living and driving associated job and economic opportunities. With a critical infrastructure deficit and growing demand for alternative power generation solutions, South Sudan is characterized by its unique opportunity to build the domestic energy sector – and country – from the ground up.

South Sudan is currently the only commercial oil producer in East Africa and holds ambitious plans to expand production through a heightened exploration drive. Current output is estimated at 175,000 barrels per day (bpd), however, the country plans to increase this figure to 300,000 bpd through a recently signed cooperation agreement with Sudan. With only 30% of acreage explored to date, the Ministry of Petroleum has been vocal about the need for geophysical and seismic companies to assess its hydrocarbon-rich territories. South Sudan will launch a 14-block licensing round next month, as well as introduce new production sharing agreements and resume oil production in several fields throughout 2021, in a bid to maximize existing production while driving new investment into frontier acreage.

“The Coronavirus pandemic [has] affected our economy and prospects for investments, so we naturally welcome all efforts to stabilize the oil market,” said H.E. Minister of Petroleum Puot Kang Chol, following South Sudan’s cooperation with OPEC-led production cuts last year. “The Republic of South Sudan will continue to play its role in ensuring market stability for the benefit of all stakeholders.” 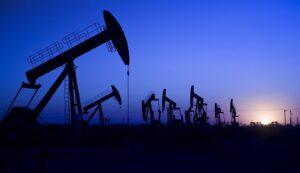 Downstream, the country aims to construct refining infrastructure to add in-country value to crude output and reduce costs associated with imported refined products. In fact, the Ministry of Petroleum recently announced that the 7,000-bpd Tharjath refinery in the northern Unity state will soon begin operations. Moreover, Trinity Energy is currently spearheading the construction of a 40,000-bpd refinery to enhance regional energy security and foster intra-African trade of petroleum products, with a view to exporting to landlocked neighboring countries such as Ethiopia, Eastern Democratic Republic of the Congo and Central African Republic.

“While the South Sudan civil conflict has jeopardized business and destabilized the economy, the 2018 peace agreement, which culminated in the coming into place of the Government of National Unity in February 2020, has ushered a period of peace and great optimism in the business community within South Sudan,” said Robert Mdeza, CEO of Trinity Energy. “We are also beginning to see foreign investors beginning to make forays back into the country. South Sudan is therefore ripe for business.”

In part, South Sudan plans to boost domestic power generation by increasing its share of renewable energy in the national energy mix. President Kiir has noted that reliance on diesel-fired power generation is not a long-term solution and that the expansion of the domestic renewable market is not only valuable, but necessary. The country holds an estimated solar potential of 436 watts per m² per year that can be harnessed to support electrification throughout the country, along with the potential to generate 2,500 MW from hydropower. Key projects both in-progress and seeking investment include the Juba Solar PV-Plus-Storage Project, for which the Engineering, Procurement and Construction contact has been recently awarded, and the 120 MW Juba Hydropower Plant and 1,080 MW Grand Fula Project, both of which are seeking investment.

“To investors that want to come in, South Sudan provides the space to be innovative, simply because it is the world’s youngest country,” said Luris Mulla, Founder and CEO, L Mulla Ltd, a company that helps businesses maximize investment opportunities found in the East African market.

With nation-building and infrastructure development at the forefront of the national agenda, Africa Oil & Power (AOP) will host the fourth annual South Sudan Oil & Power (SSOP) 2021 Conference & Exhibition in Juba (June 29-30). Organized under the auspices of the Ministry of Petroleum and the Ministry of Energy and Dams, SSOP 2021 will lead the future of investment and development in the country, as it unites regional and international energy executives and investors to push projects forward.

“Most of the investors have come to South Sudan because of the conferences that AOP has conducted in South Sudan and in Cape Town,” said Nul Jacob Mayendit, Managing Director of Baping National Insurance Company in Juba. “AOP…is the mouthpiece now for South Sudanese and other economies in the region.”

Under the theme, #BuildtheNation: Capital Raising and Innovative Financing to Build Critical Energy and Infrastructure Projects, SSOP 2021 seeks to drive capital investment into hydrocarbons, infrastructure, power generation and technology on the back of an increasingly business-friendly environment. Furthermore, the event will be attended by a wide coalition of government partners and industry leaders from both public and private sectors, following several Memoranda of Understanding signed with global energy players – including Qatar, Egypt and South Africa – to drive cooperation and best practices sharing. As COVID-19 recedes and investor appetite returns for African energy projects, South Sudan offers a host of bankable opportunities, with SSOP 2021 recognized as the official meeting place for the nation’s burgeoning energy industry.