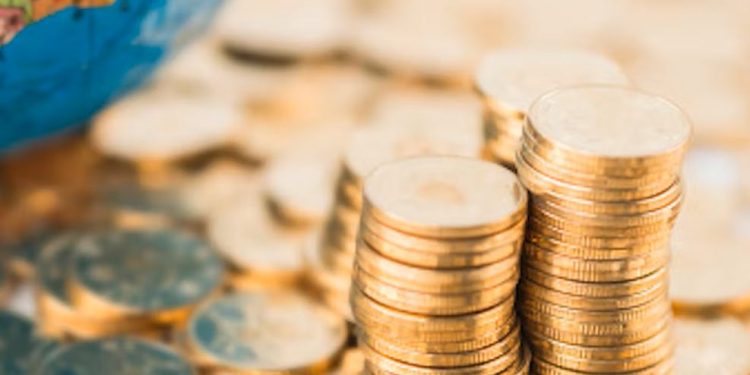 The risk that entire countries could go bankrupt has become inevitable post COVID. Nations have borrowed unsustainably, and the heavy burden of the loans is now coming to bear. There are solutions for the sovereign debt crisis they include specifically for African countries making use of concessionary loans and financing from donor nations, becoming export oriented in their economic development, rapid and aggressive industrialization, and increasing trade between themselves.

Sovereign debt distress risk in African countries has doubled since the advent of the COVID pandemic.

Eurobonds are long term debt securities issued in United States dollars by a country, company or entity that is not based on domiciled in the United States of America.

There is a divergence of views from key players on the African economic landscape as to the current sovereign debt situation. This was evident during a debate held in Paris France in March 2022. The debate cited in the Africa Report article was organized by a law firm called Franklin.

During the debate Michel Sapin a former French economy and finance minister expressed concern at African countries being made to resume debt service payments which in his view are not able to sustain their liabilities. His opponent during the debate, Lionel Zinsou was Benin’s prime minister from 2015 to 2016 and is now the managing partner of investment Bank South Bridge, was reportedly less alarmist. His view on the sovereign debt situation is that Africa has made significant progress in as far as resource mobilization is concerned. There are according to the investment banker more options for countries on the African continent to raise money and manage their public finances.

Concern for the public finances of countries in Africa was sparked especially since the end of the Debt Service Suspension Initiative which was largely unsuccessful. The Africa Report states that, “This mechanism [Debt Service Suspension Initiative], set up in May 2020 as an emergency measure to deal with the Covid-19 crisis, was not as successful as expected. It certainly attracted many countries (around 30), but the amounts involved were not up to the anticipated volumes (US$5bn for bilateral creditors).”

The DSSI was initiated to help countries with unsustainably high levels of debt to manage their finances better by giving them moratoriums on payments of their debt service payments on a case-by-case basis. According to Reuters this initiative was started by the G20 which is a grouping of the wealthiest countries in the world to assist the poorest countries in the world to contain the economic fall out of the Covid pandemic.

Read: Brazil’s agricultural revolution and the lessons for Africa

The initiative was opened to 73 countries and its uptake was disappointing with only 43 countries taking it up in 2020. Of the 43 countries that signed up for DSSI only 3 are in Africa. Chad, Zambia and Ethiopia were the only countries that requested the DSSI to restructure their borrowings. This stance by countries in Africa unfortunately is very difficult to read for the global financial community.

Others have surmised that the low uptake of the DSSI signifies maturity on the part of the countries that are heavily indebted. The DSSI offered temporary suspension of official sector or government to government debt payments. The payments covered are not forgiven but delayed with a repayment of 5 years with a one-year grace period.

Rescheduling of the loans was intended by the World Bank to be net present value neutral. What this means is that if a loan’s NPV is neutral (= 0), the loan is not expected to result in any significant gain or loss for the country. With a neutral NPV, lenders use non-monetary factors, such as intangible benefits created, to decide on the loan. This is means that the G20 countries that instituted the DSSI were not and are not looking to profit from the debt restructuring of the countries in a debt overhang. According to the World Bank, the countries that signed up to the DSSI were able to defer at least US$ 5 billion in debts. There are estimates that had the DSSI been fully taken up it would have resulted in debt relief of at least US$ 16 billion on the heavily indebted poor countries.

The DSSI closed in December 2021. To receive DSSI relief, countries were required to apply for an arrangement with the International Monetary Fund. This could be either a regular program or a shorter-term emergency facility.

Reuters further reports on the mechanics of the DSSI that, “Countries looking to participate in the initiative needed to commit to use freed-up resources to increase social, health, or economic spending in response to the current crisis. Beneficiaries also needed to commit to disclose all public sector debt and debt-like instruments. Eligible countries would include all International Development Association (IDA) countries and all least developed countries (as defined by the United Nations) that are current on debt service to the IMF and the World Bank. This means 72 active IDA borrowing countries plus Angola.”

The DSSI was a crucial window that African countries could not afford to miss.

To have only 3 of the eligible countries in Africa signing up for the initiative is tragic especially given the global economic environment of the world presently. A crippling sovereign crisis is looming on the African horizon. Catalysts of the crisis include a strong United States dollar which has been resurgent during the year.

Debt on the on the books of most African countries is denominated in the greenback and its strength will have an adverse impact on their public finances and their ability to service their loan obligations timeously.

This problem is further compounded by rising interest rates which are certain to make the cost of debt that much more expensive for countries that already cannot afford to be overextended financially.

The debt of most African countries is in the hands of private creditors who in recent time have become as important as their multilateral counterparts. These private creditors are less likely to be concessionary in terms of discussions around restructuring of debts.

How should Africa get itself out of the sovereign debt overhang?

The DSSI is a missed opportunity.

It would have bought precious time for countries in Africa had they taken it up to weather the global economic headwinds prevailing currently. The World Bank’s DSSI was the easy route. The only option available to countries in Africa with a large debt on their books will not be easy but is necessary. There are precedents of countries that had huge debts on their books but were able to not only service their debt but also to repay the same debt in record time. South Korea immediately comes to mind during the Asian Financial Crisis of the 1990s.

The Asian crisis started with Thailand devaluing its currency in July 1997, reached neighboring countries (Malaysia, Indonesia, Philippines, and South Korea) by the end of the year, and then spread to Russia in 1998 and to Brazil in 1999.

In 1990, Korea’s current account balance started to deteriorate because of rising inflation, appreciation of the Korean won, and the recession of the world economy. The current account in 1991 recorded a deficit of US$8.7 billion, which was more than four times the level of the preceding year. To finance the growing current account deficits, the government encouraged capital inflows. This is according to research conducted by Kim Kihwan.

In 1993, the Korean government also announced a blueprint for financial sector liberalization that deregulated restrictions on asset and liability management of financial institutions. However, the government neglected the need for adequate prudential regulation in this move. This led to an increase in the short-term foreign currency debts of financial institutions. South Korea had short term debt of US$ 70 billion by 1997 which was more than twice what the country had in its reserves.

The country sought a bail-out from the IMF which extended loans of US$ 58 billion. It took South Korea 4 years to repay its loans in full. This was achieved through financial sector reforms. It was also made possible through the pursuit of export led economic growth and a strong domestic economy. This is what countries in Africa need to focus on firstly to repay the expensive loans they have and to transform their economies. This economic strategy though desirable and necessary, has its own challenges.

Starting with the latter, most economies on the African continent have been suffering from lackluster macroeconomic fundamentals. South Africa is a case in point where there is high unemployment and sluggish economic growth. The same can be said of Zimbabwe. African countries generally lack vibrant domestic economies, and this comes from dependency on the production of raw commodities. For export led economic growth to be truly transformational it needs to be coupled with elevated or increased industrial capability of African countries to produce and export value added finished goods.

Lastly for Africa to avert the sovereign debt crisis, countries need to trade more with each other.

This is what initiatives like AFCFTA is trying to achieve. The more that African countries can trade with each other the less dependent they will be on external financing.