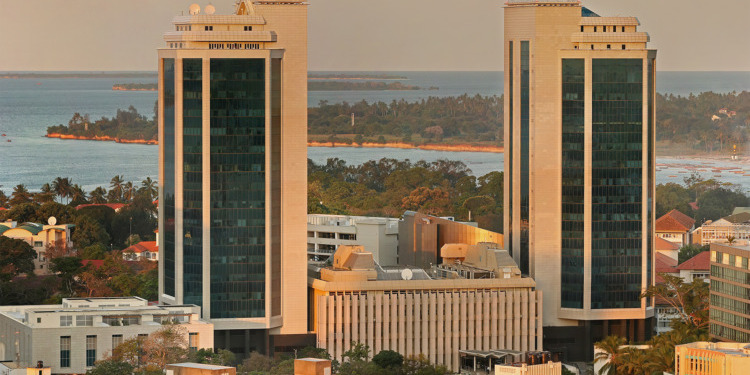 The reserves went up despite increasing demand for imports by 8,7 per cent due to the expansion of economic activities

During the tumultuous period, of Covid-19 Tanzania’s economy largely operated under the premise of business as usual. Despite this approach, the country was less confronted with an unavoidable slowdown in some of its key sectors but not all may be tourism got its fair share of the effect of Covid-19, which resulted to the slowdowns in the economies of its key trading partners.

In May 2020, when many countries in the region were starting to realize the full extent of the short- to mid-term economic crisis associated with Covid-19, the Monetary Policy Committee of the Bank of Tanzania issued a press statement that highlighted some changes to the banking landscape to help buffer Tanzania against the economic fallout from Covid-19.

With many interventions put in place that period it is all rosy as the country has recorded rise of Tanzania’s forex reserves which have sparked optimism among local economists over the country’s economic prospects.

The increase in export earnings from these items helped to cushion the deficit of revenues generated from tourism impacted heavily by the COVID-19 pandemic.

Also, the improvement of cross-border business contributed to an increase in exports. The reserve amount of 6,714 billion US Dollars recorded in September not only covers seven months of imports of goods and services but also was above the monthly average since “Uhuru” (60 years ago).

The reserves went up despite increasing demand for imports by 8,7 percent due to the expansion of economic activities. The Bank of Tanzania (BoT) latest monthly economic review issued last week showed that foreign reserves shot to 6,714 billion US Dollars from 4,939 billion US Dollars last September, amid a Coronavirus pandemic.

“The level of reserves was in line with the country benchmark of at least four months, as well as EAC and SADC convergence criteria of at least 4,5 and 6 months, respectively,” the central bank report said.

The central bank attributed the reserve increase to exports of goods and services that increased by 6,1 percent to 9,44 billion US Dollars for the month ending September from 8,889 billion US Dollars in the corresponding period last year.

Bank of Tanzania attributed the increased export volume mainly to the rise in exports of minerals, manufactured goods, cereals, and horticultural products.

There also was a notable increase in exports of rice, maize, and beans to neighboring countries.

“The increase was observed in all import categories, except fertilisers,” the monthly report showed.

Oil imports had increased by 18,3 percent to 1,734 billion US Dollars due to price effect and accounted for almost a fifth of the goods import bill.

Services payments amounted to 1,437 billion US Dollars million compared to 1,48billion US Dollars. The increase in foreign exchange reserves would help to escalate liquidity and shorten external debt maturity while smoothening the volatility of the balance of payment (BoP).

Commenting on the record rise in forex reserves, an Economist-cum-Investment banker, Dr. Hildebrand Shayo said the country should take advantage of reserves to pay its external debts.

He says the country should leverage on maintaining these reserves in the future and export competitive prices but more important to continue to be firm on building confidence for investors.

Vertex International Securities Advisory and Capital Markets Manager, Ahmed Nganya said yesterday the increase indicated that the economy is well set to grow as the country is capable to cover the import of goods including capital goods for manufacturing and service sectors.

“This indicates that Tanzania’s economy is in a good shape and is robust enough to counter short-term foreign exchange volatility,” Mr. Nganya said.

Officially, the status of Tanzania’s foreign exchange reserves is healthy and there is no cause for alarm. With an increasingly stifled media landscape, many rely on anecdotal evidence to judge the health of the economy and make their investment decisions.

Increasing secrecy around the real status of the economy – be it positive or otherwise – is going to see companies continue to shy away from re-investing profits in Tanzania and will no doubt see the more sophisticated Tanzanian investors look increasingly to diversify their investments outside the country.