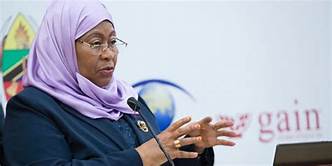 $30 billion LNG deal back on the table

“The change of tone ushered in by President Samia Suluhu Hassan over the last month could indicate a welcome to a whole new economic direction in Tanzania’,” remarked Peter Leon, Partner and Africa Co-Chair, Herbert Smith Freehills

Investors have been wary of dipping their feet in Tanzania’s investment pool, more so investors in the extractive industries. In March 2017, a total ban on the export of unprocessed mineral concentrates and ores was instated.

The three laws that were altered are:

Among other things, the laws, with immediate effect had this effect:

In the same vein, in January 2018, the Minister for Mines published a suite of new regulations under the Mining Act, 2010.  Among other things, the Regulations introduced new local content obligations, amended existing obligations relating to the issue, renewal and transfer of mineral rights; and imposed obligations on the export, import and trade in minerals.

The restrictions on the repatriation of funds were relaxed and earnings from the disposal or dealings of minerals may now be repatriated to foreign institutions if the licensee meets the requirements imposed under the Foreign Exchange Act.

Apart from the obvious consequences which the legislative changes had for mining and oil and gas companies, the laws also had a wider impact on Tanzania’s economic development.  On the Fraser Institute’s Annual Survey of Mining Companies’ “Investment Attractiveness Index” Tanzania fell from 64 of the 104 jurisdictions surveyed in 2016, to last in 2019 and 75th out of 77 jurisdictions in 2020.

“Ultimately, President Hassan should seek to establish a stable and predictable regulatory environment. Predictability, as a component of certainty, is established where investors recognize that rules are implemented in a specific way and achieve their objectives in a foreseeable manner.  This promotes investor confidence,” Leon.

Leon goes on to give several suggestions that according to him, will help revive the extractive industry.

First, the government should amend the Unconscionable Terms Act, which threatens licensees’ security of tenure in the country. Security of tenure is of paramount importance to mining companies and investors given the capital-intensive nature of mining and the long lead times between exploration and production.

To ensure that the government does not compound the general trust deficit but instead allow for a well-balanced approach that seeks to give effect to mining companies’ right to mine as well as the country’s right to benefit from Tanzania’s mineral wealth.

By following the recommendations provided in the Guiding Principles, the government should create a framework that allows for the negotiation of durable extractive contracts that are sufficiently flexible.

Second, the government should either amend or remove the provisions of the Permanent Sovereignty Act, the Mining Act (as amended), and the Regulations published under the Mining Act which (1) impose overly harsh obligations on licensees, (2) allow for legal processes that are unfair and opaque, (3) and vest too much discretion in government officials, especially the Mining Commission.

Salient examples of such provisions include obliging licensees to transfer raw minerals to Government Mineral Warehouses.

“The loss of control over won raw minerals is a material infringement of licensees’ property rights,” notes Leon.

On the other hand, the government’s objectives could be achieved by empowering the Miners Resident Officers to control access to the licensees’ storage facilities and to monitor the delivery and removal of won raw minerals.

Then there is the matter of banning access to foreign courts and international arbitral bodies.  To address the government’s concerns, the law could be amended to allow parties to refer disputes to African dispute resolution centers such as the Arbitration Foundation of Southern Africa or the Mauritius International Arbitration Centre. In the alternative, the law could allow international arbitration before the EAC Court of Justice (which is based in Arusha) and which is already an option under the EAC Treaty.

After the project been put on halt to give way to the East Africa Crude Oil Pipeline to take oil from Uganda to the Tanzanian port of Tanga.

“We have been singing the LNG song for a very long time,” Hassan said. “I remember when I was sworn in as the vice president (in 2015), I tried to work on it, but discovered it was beyond me and stopped” the president told a press conference.

However, now that she holds the executive office, President Samia has directed the Ministry of Energy to accelerate talks with project proponents Shell and Equinor.

Once operational, the project will see gas pumped from Shell blocks 1 and 4 and Equinor’s Block 2 which will be piped to two or three liquefaction trains in Lindi. Notably, these three sites hold about 35 trillion cubic feet of recoverable gas.

It is clear that Tanzania is now taking a more business-friendly approach to things. President Samia articulated her intentions clearly last month when she delivered her first speech to parliament in which she remained firm ‘our mission is to regain investor confidence.’

To show how serious she is on this pressing issue, already several regulations are been reviewed including removal of tax on grants and loans. Pundits also suggest that her fresh take on Tanzania’s LNG and also the fact that she appointed Philip Mpango Vice President it is clear that the country is moving towards more welcoming, investor-friendly waters.

President Uhuru Kenyatta is hosting Tanzania’s President Samia Suluhu Hassan and the two have agreed on among other things  the lifting of work permit and visa requirements for Tanzanians seeking work in Kenya.

Further still, the two Heads of State agreed on eliminating all non-tariff barriers for Tanzanian investors seeking to do business in Kenya.

President Kenyatta was keen to urge cooperation and warned against the two countries competing against each other but rather, to focus on creating a conducive environment for businesses to thrive.