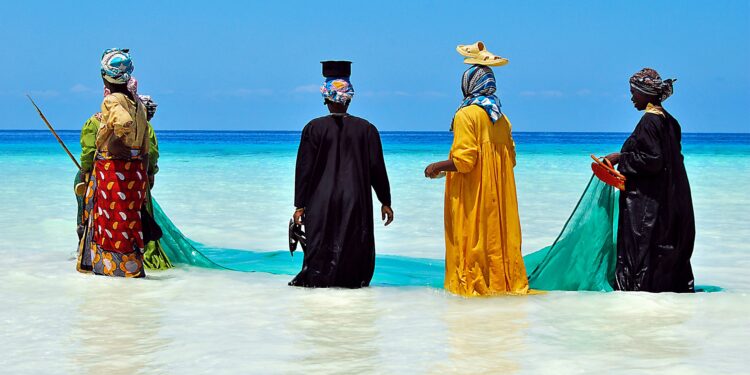 Zanzibari women along the shores of the Indian Ocean. [Photo/Francesco Macri]

The president said the US$100 million (over TShs230 billion) is from the International Monetary Fund (IMF) as a loan to Tanzania, and another US$100 million is for the Isles.

by Giza Mdoe
in Industry and Trade, Tanzania
0
Share on FacebookShare on LinkedIn 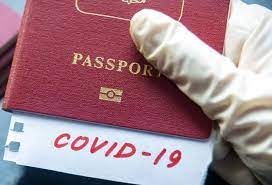 Who would blame Zanzibaris if they were to expect a cash handout when Spice Island President Dr. Hussein Mwinyi recently announced a US$200 million stimulus package to catalyze Zanzibar’s economic recovery from the Covid-19 slowdown.

When you hear of these magnanimous figures that are just a mouthful to swallow, naturally, you are bound to salivate in anticipation of your share.

But for some reason, no matter how big the number, in most African countries, we never get a cheque; nobody comes knocking at your door like they do when you owe tax money. No, not even the Ward Officer, who is ever so keen to go door-to-door for any small announcement; not this time around—why would he, he too, is probably wondering if he will get his cut.

Not even your member of parliament will hold a rally and dish out wads of cash (like they do during elections); that mobile transaction deposit you are expecting will never come through.

When these impossible to pronounce large sums of money are announced, that is as close as you ever get to a whiff of the money. A read in the paper, an announcement on radio or TV and, that’s it.

Life goes on; we do not ever get to touch a cent of any of it.

As a matter of fact, one would laugh silly if you even suggested the possibility of getting a payout when a stimulus package is announced.

Not so in the US. Over there, when it is announced that there is a stimulus package then you can expect a cheque will come in your mail; you will not only hear about it, you will actually receive your share of that fund.

For example, and I quote, “The third relief package was signed into law on March 27, 2020. By nominal dollar amount, it is the largest single relief package in US history. This law, which is called the Coronavirus Aid, Relief, and Economic Security Act and nicknamed the CARES Act or Phase Three, appropriated US$2.3 trillion for many different efforts:

Here follows several detailed descriptions of which sectors of the economy will get what amount of the stimulus package. Again I quote:

Are you saying these people actually got a paycheque of US$1200 to help them cope with the Covid-19 economic trauma? And even got another US$600 for being unemployed as a result of the pandemic?

Detailing on the source of the funding and its uses, the president said the US$100 million  (over TShs230 billion) is from the International Monetary Fund (IMF) as a loan to Tanzania, and another US$100 million is for the Isles.

The president went ahead and gave a very detailed explanation of the planned use of the funding detailing each sector and the allocated amount and then he got to the part about funding to support businesses.

‘Small entrepreneurs have TShs85.4bn/- that will be directed into the procurement of 577 modern, fully equipped fishing boats; purchase of seaweed farming tools and improvement of business environment as well as loans to entrepreneurs in various sectors.’1

Kudos to the visionary president, and we especially look forward to the improvement of the business environment but our point of interest as Zanzibari entrepreneurs lies in the last bit, the succulent, juicy, meaty bit ‘…loans to entrepreneurs in various sectors.’

A few days after the president’s speech and announcement of the stimulus package, Zanzibar’s Minister of State President’s Office (Labour, Economy, and Investments) Mudrik Ramadhan Soraga, satisfied our curiosity.  Not only did the Minister of State specify how the loans will be issued but also to whom and even the very amount that each group will have at its disposal.

“The money is available,” he reassured the would-be beneficiaries.    “It will be managed by the CRDB bank,’ detailed the Minister.

“First we need to identify and vet the groups and pick out who qualifies for the soft loans,” he explained.  The Minister then itemized the funding by group and amount. Here are a few with figures rounded off:

In conclusion, President Dr. Mwinyi said, “The first year was difficult but in the second year, we are injecting US$200 million into the economy; this is a lot of money, it will touch all sectors and benefit every one of us.”

It will surely be of a lot of benefit for the island of under 1.7 million people that is if unscrupulous and corrupt officials do not get to it first like they did in Kenya. Oh, you didn’t hear about the Kenyan Covid-19 stimulus package scandal? Here is a snippet.

Kenyans were rocked by the uncovering of a scandal that involved the country’s cash transfer programme (yes Kenya does issue cash to its needy) that was meant to help persons of low-income to deal with COVID-19’s economic impact.

Instead it was discovered that the funds were actually lost to corruption and other irregularities. It gets worse: “A donation of PPE from the Chinese billionaire Jack Ma apparently went “missing” from Nairobi’s international airport sometime between March and May 2020. And over $400 million in donations to Kenya disappeared in the first six months of the pandemic,” reported Rasna Warah in an article titled ‘Corruption Undermining Kenya’s Covid-19 (29 Sept 2021) published by One, a social activism movement.