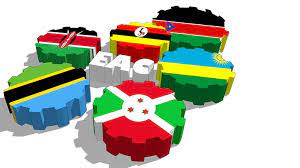 The East African Community (EAC) was formed to build socio-economic integration for East African countries. As a result, member states have entered into an agreement to, among other things, remove tariffs and trade barriers like levies and taxes to ease the movement of goods through their borders.

This sounds like a noble plan—an aspiration of partners—but let us look closer.  From taxed Ugandan milk to railway lines and oil pipelines along with cargo routes, these six countries are vying for control for a better economic deal, and they are starting to look more like rivals than partners.

Uganda has recently conducted an ‘a trial run’ to transport its petroleum products via the Port of Dar es Salaam in Tanzania, a move that is seen as preparation towards the planned end to its customary use of the Port of Mombasa in Kenya.

Not to mention that Kenya has already invested over $400 million in the rehabilitation of an oil pipeline and constructed a $170 million fuel jetty, all in plans of continued oil deals with Uganda.

However, Kenya remains confident that it can do without the Ugandan deal. Local media quotes Kenya Pipeline Corporation Managing Director, Macharia Irungu, saying that the re-routing shipments from the Port of Mombasa to the Port of Dar es Salaam “…would not impact its business much; we won’t lose more than three percent of the cargo volume.”

With Kenya handling over 900 million liters of petroleum products per month, the country boasts of superior infrastructure, which it believes will eventually force Uganda to revisit its decision owing to higher costs of using the Tanzanian route.

“Tanzania doesn’t have the infrastructure…our route is cheaper and more organised, and they can secure their taxes. Tanzania will not secure their taxes because there are no controls,” declared the MD to local media.

The expert explains that it is costly and time-consuming to transport the oil products by road, and since Kenya already has a well laid-out oil pipeline network, it is the obvious better choice.

“We pump one million litres per hour through the pipeline from Mombasa to Nairobi. When you look at the logistical and operational aspects, it will take Tanzania years to wrestle the Ugandan market from us,” maintained the confident Macharia.

Is he correct or just over-confident? Let us look at the rival side: what kind of competition does Tanzania wield against Kenya?

While Kenya is boasting of better infrastructure and supposed ‘control,’ traders are reviewing their options, and Tanzania, with a much more stable political environment, is looking ever more palatable. Under the Samia Suluhu Hassan administration, Tanzania has greatly improved its shipping and logistics sector eyeing the same businesses that Kenya is stockpiling.

When complete, it will have a special economic zone, an industrial park, and serve over 700 businesses, effectively dominating the freight sector all along the Indian Ocean coastline.

In the 2021/2022 fiscal year budget, President Samia also announced a $15.7 billion budget, of which $1.3 billion is for priority infrastructure projects, including refurbishing and expanding the ports of Dar es Salaam, Mtwara, Tanga, and Bagamoyo.

Tanzania has also received funding from the World Bank to expand its ambitious port operations. This includes a $345 million World Bank grant to fund the new Dar es Salaam Maritime Gateway Project. In addition, Tanzania has dedicated a whopping $58.3 million in its 2021/22 budget to specifically carry out strategic marine transport projects on its inland lakes that also offer viable transport route alternatives to road transport.

For example, Tanzania is building a new ship with 600-passenger and 400-tonne cargo capacity that will operate on Lake Tanganyika, serving Rwanda, Burundi, and the DRC. To ice, the cake, Tanzania’s Tanga port, the selected exit point for Ugandan petroleum products, via the much-coveted East African Crude Oil Pipeline, is being dredged from 3.5 meters to 15 meters and its cargo handling capacity has been increased to handle over one million tonnes per year.

Despite Kenya’s confidence, the reality on the ground places Tanzania as a formidable trade rival. Already Rwanda is transporting an estimated million tonnes of cargo via the Port of Dar es Salaam annually.   Similarly, 99.2 percent of Burundi’s international cargo – imports and exports – rely on the same port.

And so the race is on; Kenya and Tanzania are racing to position themselves as the choice point of entry to the region and the interior of Africa.

The argument here is, should these countries be competing against or complementing each other? Is it possible to work together for the good of all as partner states in the regional bloc? Can projects be divided amongst each other rather than having member states vying for the same projects and competing against each other, turning them into adversaries?

The EAC is a market of well over 177 million people.  Inland cargo transport and business among the member partners alone represents millions of dollars annually and a GDP of US$193 billion. However, due to rivalry, there are resultant bottlenecks to trade. The intended regional integration is not taking effect. There should be free movement of goods and people, but this is far from the case on the ground.

Since the EAC Treaty was signed more than 20 years ago in 1999, it has not fully come into action. Nonetheless, it must be pointed out that the EAC is considered one of the fastest-growing regional economic blocs globally.

To date, countries in the EAC represent steady economic growth, and even in the face of a slowed global economy due to Covid-19, the EAC remains considerably stable. Therefore, it is now for the member countries to work together as allies rather than compete as opponents to realize a regional development plan and not independent individual country ambitions.