Remittance inflows to Sub-Saharan Africa grew by 6.2 per cent to clock $45 billion this year. 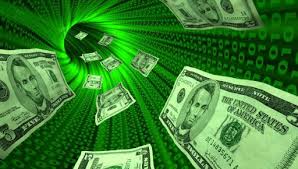 Remittances to low and middle-income economies have enjoyed considerably strong growth over the last year, a sign of economic recovery as nations resume normalcy post-Covid-19.

According to the latest World Bank’s migration and development, analysis show a 7.3 per cent growth to clock $589 billion this year. Overall speaking, despite the devastating effects of the Covid-19 lock downs and resulting economic slowdown, remittances is one area that remained strong as the Diaspora did its best to continue sending money home.

The World Bank says last year, while other areas struggle, remittances showed resilience slipping down slightly by only 1.7 per cent and as mentioned, this despite the global recession due to Covid-19.

Generally speaking, remittance inflows to Sub-Saharan Africa grew by 6.2 per cent to clock $45 billion this year. The World Bank is optimistic that next year, remittance inflows will grow by 5.5 per cent riding on the back of recovering economies in Europe and the United States.

According to the World Bank report, ‘factors contributing to the strong growth in remittance are migrants’ determination to support their families in times of need.’ On the other hand,, as mentioned, the growth in remittances is also thanks to the global economic recovery in Europe and the United States.

Further still, there is also the matter of fiscal stimulus and employment support programs that were set up in Europe and the US to cushion their economies from the effects of the Covid-19 instigated economic slowdown around the World.

In some other areas, however, like in Russia and other Gulf Cooperation Council (GCC) countries, the growth of remittances after the slight drop at the onset of Covid-19 border restrictions was also thanks to stronger oil prices.

Commenting on the significance of remittance to the countries where the money is sent to Michal Rutkowski, the World Bank Global Director for Social Protection and Jobs had this to say.

While remittances are projected to continue to grow by 2.6 per cent in 2022, African governments would do well to see to it that the cost of sending and receiving money to the continent is lowered.

After all, other than fees and taxes that the government earns, as the World Bank Global Director for Social Protection pointed out, this money helps supplement and compliment government support programs designed to maintain reasonable social welfare even in crisis like the Covid-19 pandemic.

The World Bank advises promotion of digital technology, along with improving the regulatory environment will help to promote competition in the remittances market. The Bank also advises for review of regulations as essential to lowering remittances fees for the region.

If there is one thing African governments must lobby for or set the policy to control the private enterprises controlling remittances is the cost of sending/receiving money in Africa across all channels.

This fact affects the ability of the sender because they have to pay much higher prices to send the money. As a result, less money is sent back home than would have been sent had the costs been more favourable.

This situation further exasperates the poverty line of the families in Africa who receive less amount than they would have had the cost of sending been less. This is not to mention the high rates of currency exchange that the transfer agencies enforce.

According to the World Bank’s Remittance Prices Worldwide Database the cost of sending $200 across international borders averaged 6.4 per cent of the amount transferred in the first quarter of 2021. Not a  good sign because the value is twice is the Sustainable Development Goal target of 3 per cent by 2030.

Comparatively speaking, the data indicates that it is much more expensive to send money to Sub-Saharan Africa where it costs 8 per cent while the same amount costs only 4.6 per cent  in South Asia.

On a different note, mobile money transfers are proving to be a faster, secure and more affordable choice for even remittances as data shows that it costs more when remittances are sent through banks compared to digital channels.

In fact, it is even cheaper to send money through money transmitters that offer cash-to-cash services than to do a bank transfer.

As you can imagine, banks are not very happy with this reality and according to the World Bank; “…money transfer and mobile operators face increasing hurdles as banks close their accounts to reduce risk of non-compliance with anti-money laundering (AML) and combating terrorism financing (CFT) standards.”

The World Bank advises the facilitation of digital remittances by improving access to bank accounts for mobile remittance service providers as well as senders and recipients of remittances.

The importance of remittances as a source of external financing for low and middle income economies cannot be underestimated nor overemphasized.

In fact, according the World Bank ,remittance flows to LMICs hit a record high of $548 billion in 2019, exceeding Foreign Direct Investment (FDI) flows  that were valued at $534 billion.

Not only were the remittances higher than FDI but they also surpassed overall overseas development assistance that was at a low $166 billion in 2019.

This year, for the first time in recent history, the stock of international migrants is likely to decline as new migration has slowed and return migration has increased.

Return migration has been reported in all parts of the world following the lifting of national lock downs which left many migrant workers stranded in host countries. Rising unemployment in the face of tighter visa restrictions on migrants and refugees is likely to result in a further increase in return migration.